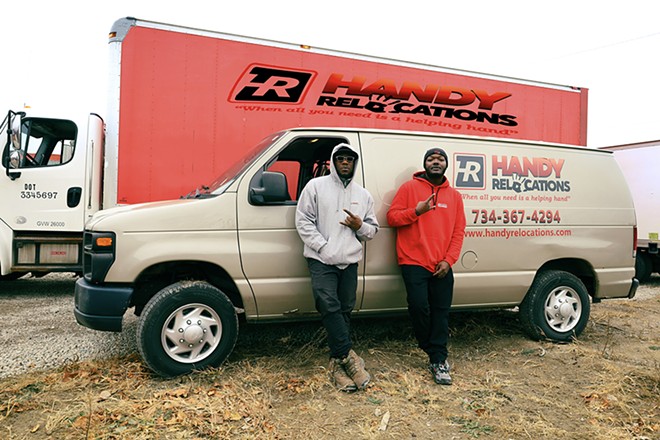 se7enfifteen
Handy Relocations was founded by Clear Soul Forces members L.A.Z. and Emile Vincent as a way to earn money between touring.

The COVID-19 pandemic shut down live music for more than a year, stifling the marketplace and creating unprecedented economic challenges for artists.

But one local rap group found a way to continue to support itself, help its community, and empower other music artists with a necessary service — a moving company.

Handy Relocations was founded in 2015 after Clear Soul Forces garnered local and critical acclaim with its sophomore release, Detroit Revolution(s), which featured the hit single, “Get No Better.”

Members L.A.Z. and Emile Vincent founded the company as a way to earn money between touring — including a number of shows with the group’s musical mentor Royce Da 5’9”. They were scheduled to head out on tour with Royce to support his Grammy-nominated album, The Allegory, when the pandemic hit. 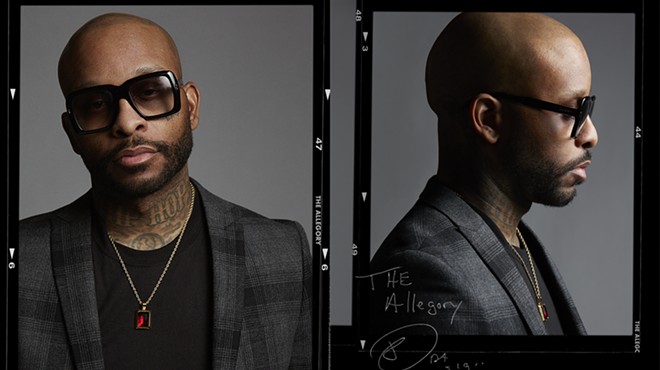 The group, which also includes Noveliss and producer Ilajide, has been featured in a documentary produced by Red Bull and has continued to drop numerous projects to a loyal fan base. The members took the downtime imposed by the pandemic to grow the secondary business.

“My biggest thing was always trying to find a legal way to make, save, and invest money at the same time,” says L.A.Z. “I never minded working for it, if I could control my time.”

In 2015, a friend gave him a crash course on the moving industry before Clear Soul Forces went on tour in Europe.

“And I really got to see that moving is an industry that never really stops moving, and doesn't have as many ups and downs as the music business can,” L.A.Z. says. “I saw he had a couple of moving crews running per day, and a couple of box trucks, and was living totally different from how he was the year before that — and it was all from helping people move their houses and making deliveries.”

During the pandemic, “We were an essential business that was allowed to operate fully while everything else was shut down,” L.A.Z. adds. “You had a lot of different situations that contributed to how busy we got, from couples going their separate ways because they didn’t want to shelter in place together, to families leaving Michigan to shelter in place with family in another state. We went into the pandemic afraid and unsure how we would be able to maintain, but as time went on we were able to see how much of the world was still moving, just in a different way than it normally does. Just regardless of how it goes, we still had a place in the world.”

Vincent adds, “The music industry shut down during that time, as the rest of the world. People still needed moving services, and with supply chain issues and high rates from industry giants, we were able to find a creative niche to find and service a customer base, people looking to find creative solutions to their moving needs. Once we started filling the gaps we needed to get more people on board.”

One of the coolest things about Handy Relocations is how the company has been able help fellow Detroit artists. “We’ve had a lot of artists from Michigan that have worked with us over the years,” Vincent says. “Our group members Ilajide and Noveliss have helped before. Some of the other artists that have worked with the company over the years are Gieozayn, Deon Jamar, Tramendous, icewire, LaRoge, Jay Pikk, Good Greene, illadope, Belve, DJ Kash Ave, and WDM Zay.”

“The artists who work with us become part of a changing narrative in hip-hop culture ... you can hustle legally and still maintain artistic integrity.”

Vincent adds, “And we allow people to create their own schedule, something we hope will allow for a more balanced home-work life. You can work seven days a week or three, whichever is best for you — especially for artists, where it’s almost taboo to have legal income. The artists who work with us become part of a changing narrative in hip-hop culture, one where we hope to show that you can hustle legally and still maintain artistic integrity.”

The two say that they are still focused on their music careers, doing features and collaborating with artists overseas. The group has also been doing shows including local festival dates at Arts, Beats, & Eats, the Michigan State Fair, and Dally in the Alley. They also organized the first annual Clear Soul Forces Car Show during the Woodward Dream Cruise in 2022, too.

Both members say that they hope that other music artists can follow their blueprint.

“I hope other artists learn that it’s cool to make legal money and that you don’t have to have typical ‘day jobs’ anymore to make a living,” says Vincent. “That being said, not doing so means you have to be creative, and creativity shouldn’t stop at writing a song or painting a picture ... when you are able to apply a creative mindset to making opportunities [creating jobs] for others, that can also be beneficial in uplifting your community.”

They also say that they have learned a lot about running a business that can benefit their music careers. “Research credit and learn how to leverage credit for building your business, and don’t fixate on needing to have cash on hand for everything that you want to accomplish,” Vincent says. “Stay motivated on the daily and find what niche you want to fill in the industry you choose.”

You can follow Clear Soul Forces at forceswithyou.com, or learn more about Handy Relocations at handyrelocations.com. 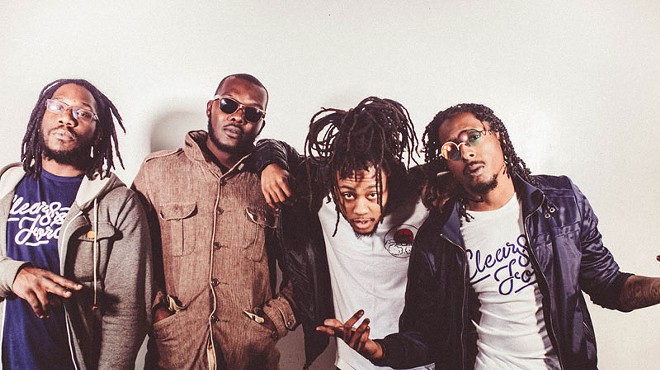 Biba Adams is a Detroit-based national freelance writer. Her work has been featured in Visit Detroit, Model D, VIBE, and more. She is currently working on her debut book, Scenes From a Renaissance: Detroit Hip-Hop 1996-2006.
Scroll to read more Local Music articles