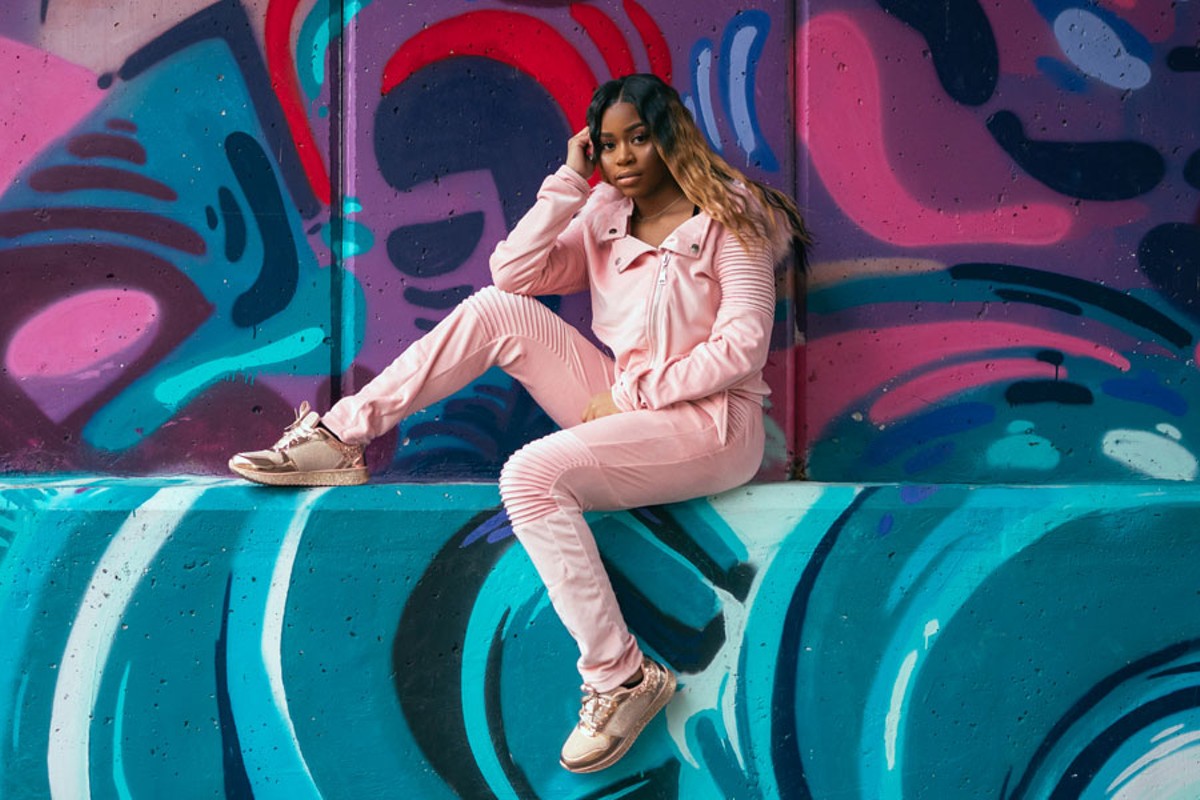 A few clicks through 15-year-old songstress Brianna Lee's Soundcloud and you'll be taken aback by the maturity of her voice. There are cries of heartbreak in songs like "Downgrade Season" and "Lucid Bri." There the transparency and self-reckoning she sings about in "I Lied" and "Proud Family." There is also the clever cover (or "Bri-mix," as she calls it) of Cardi B's "Bodak Yellow," in which she sings Cardi's lyrics over the subdued strings of a guitar.

Though she stands only 5 feet, 2 inches, her mezzo-soprano voice is comparable to SZA and Ella Mai. The happy-go-lucky teen states she's been singing since she could open her mouth. "All I can remember growing up is watching Disney channel movies and shows that came on and learning every single dance move till I got tired," Lee says.

"I didn't realize the girl could sing until fourth grade after an administrator at the elementary school asked if my girls could sing for the graduation," adds Lee's mother, Sumara Rambus. "Of course I agreed, praying that they wouldn't embarrass me. They both shocked the hell out of me! I was so proud at that moment. Not only could she sing, but she could !"

Lee got her initial break when she won WDIV's Super Singer contest in 2016. Since then, she's worked with producers Melvin Hicks, Truth, and Thibault, while receiving valuable mentorship from fellow R&B diva Brielle Lesley.

"The feeling I get from singing is freedom," she says. "The only time I feel completely free is when I'm on stage or singing for a group of people. I love the fact that I can tell my story and my emotions through my lyrics and performances. I also love the fact that I inspire those who love my talent."

Lee cites Beyoncé, Whitney Houston, K. Michelle, Kehlani, and Juice World as some of her biggest musical inspirations. Though she has pop music aspirations, she wants to be known as a singer, not just another R&B girl making catchy songs. "My approach is telling my story through music and actually singing," she says. "A lot of artists these days don't actually sing and I want to change that."

"My goal is to support her in trying to become the best entertainer that she can be," Rambus says. "I don't want to be a manager, not a mom-ager, I just want to be her mother. And as her mother, I simply want her to grow to be a good and kind individual, smart, well-rounded, with solid values and morals that will help her to live her dreams and have a happy and prosperous life. I want the world to hear her voice. And it won't hurt, at the end of the day, for her to get that bag," she adds with a laugh.

Lee plans on releasing her EP Forever Your Girl this winter, with a first single, "Still Got Love," set to debut this month.