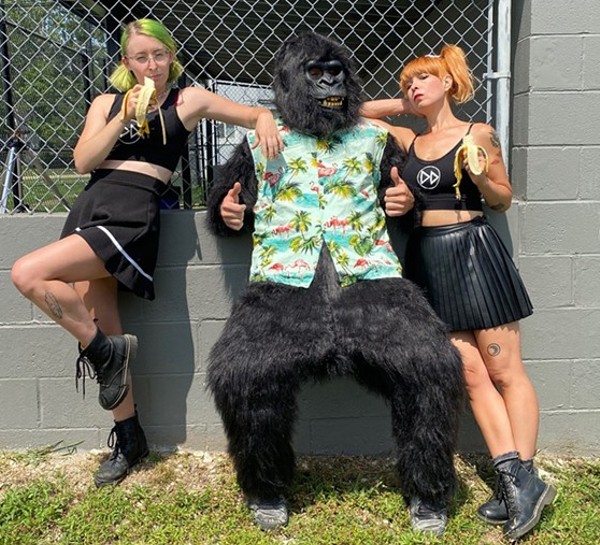 Of course, we’re excited that big concerts are returning to our favorite big venues (see you in 2022, the Weeknd) but man, we’ve missed basking in the sounds of our hard-working local music-making friends.

Returning to the stage is Dear Darkness, the bedroom punk outfit led by wild child Stacey MacLeod. Last year, against the obvious odds, Dear Darkness’ self-titled four-song 7-inch EP, pressed by Third Man Records, was released into the world and is described by the band as sounding like what would happen if  “the Slits covered ‘The Monster Mash’ with surfy pop guitars” with a hint of “drinkin’ a bunch of booze and fightin’ with your old man who ya love a bunch.” Also on the bill, Nadine Chronopoulos, Kely Markley, Matt Densmore’s angst-fueled rock project Milk Bath, and post-punk no-wavers Womb Worm.