You won't find a family of capitalist raccoons asking you to perform hard labor for fictional currency at this historic $850k Dollar Island property.

While many of us privileged bastards are spending our quarantined days playing Nintendo's Animal Crossing: New Horizons (where we chop wood, catch fish, and basically voluntarily submitted ourselves to a cartoonish digital labor camp where you can eat an entire orange, rind and all), some folks are working in the real world to sell actual islands, like this semi-Deutsch-inspired, wood paneling-loving hideaway in Cedarville, located along Michigan's Eastern Upper Peninsula.

Historians allege that this island got its name because it was sold by the government for $1, so that's actually very Animal Crossing-esque. The island, which originated as a windmill and a cabin in 1913, is now a 1,612 square-foot, three-bedroom, two-bath cottage with a kissing booth (wtf?), a three-stall boathouse with stained glass windows, a deck, a solarium glass sun porch with hot tub and sauna, a gazebo with dining space, turret with a balcony, and a workshop (to make your flimsy stone axes and fishing rods, obviously). Oh, and it has a dang tree going through it, which to our knowledge does not bear fruit, so you may have to use a Nook Miles Ticket to score some pears. OK, maybe we've been playing too much Animal Crossing. The property is considered seasonal and literally looks like one rainstorm would be a game over, but it can be accessed via snowmobile in the winter. 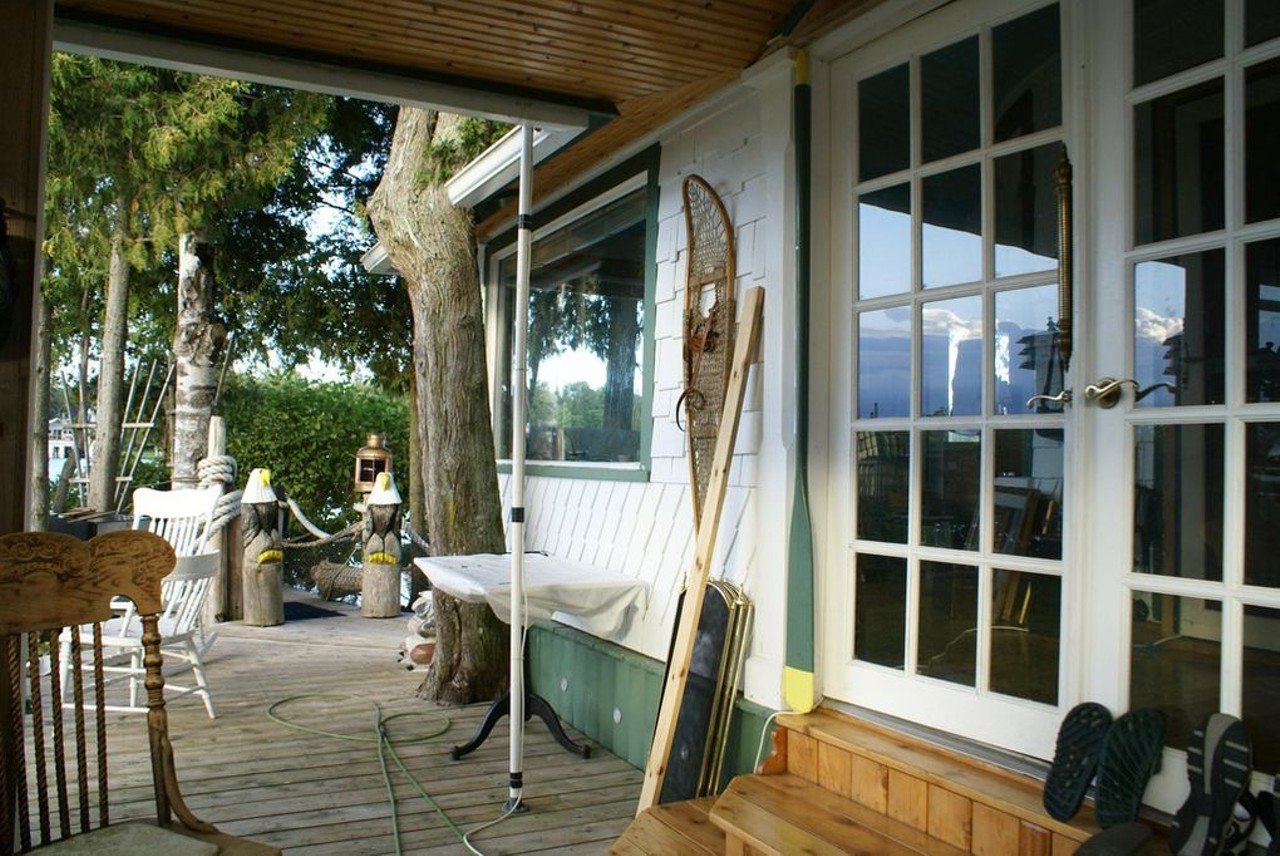