White flight did not begin in 1967 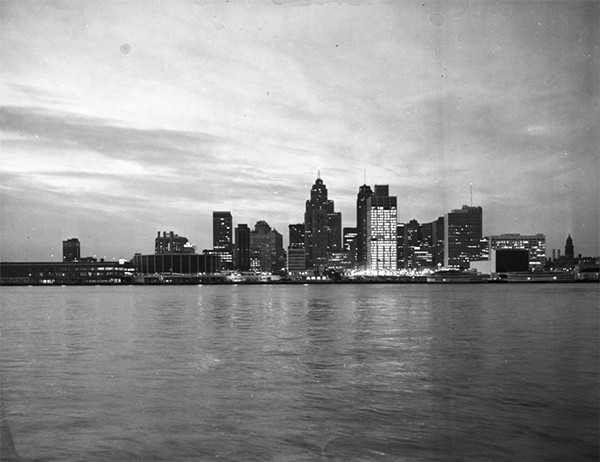 An often repeated tale in the city’s white suburbs is that Detroit was a great, model city ― and then all those black people burned the city down in 1967 and whites had to leave. Is this accurate?

Harvey Ovshinsky: That is such bullshit. … It makes white people feel better ― and justified ― about leaving. It didn’t help. It was the nail in the coffin. But that coffin was being crafted long before the riots. The riots just made it official, and easy for people to say, “See? I told you so.”

Charles Simmons: Thomas Sugrue explains a lot of it [in his book The Origins of the Urban Crisis]. The structure of the economy going back really to the early 1900s, particularly after World War II, with the highway administration building the highways and the housing administration building the suburbs ― that allowed and encouraged segregated housing. And then the urban renewal just moved us around and took our property and businesses.

Reggie Carter: What happens is oftentimes when people talk about ’67 in subsequent years when Coleman Young got elected, they talk about white flight and try to tag it to the ’67 insurrection and even the election of Coleman Young. In fact, it had been going on for quite some time. … The infrastructure to flee was created long before 1967. Long before Coleman Young. The numbers demonstrate that. Now, certainly, the exit accelerated in the 1950s after World War II and again after the 1967 rebellion. But it had already been going on. And to compound matters, the whole dislocation and disruption of stable black neighborhoods with the creation of expressways helped further that along. I mean, here you had Black Bottom, where you had a lot of self-sustaining black businesses, and then I-75 comes through.

Harvey Ovshinsky: The disinvestment started much sooner than that. The riot just made it official. It was the poster child for leaving Detroit. It didn’t help. Trust me: Mythology has its sources in truth. If anybody had any concerns or doubts or fears or worries about the future of the city, they were justified and then resolved in their heads.

Frank Joyce: White people create myths to justify the advantages that they have and seek to preserve. The No. 1 myth was that white people hadn’t started leaving Detroit decades before 1967. White flight did not begin on July 24, 1967. There’s a lot of data out there on this. … My parents moved from Detroit to the newly created suburb of Berkley in the late 1940s, and so did lots of other white people. They went to Berkley, to Hazel Park, to Warren. Dearborn was created as a white community many years before 1967. So it’s just ridiculous on its face for white people to believe that this is a phenomenon that all started in 1967. If you’re a young white person today, chances are your grandparents lived in a suburb. Never mind your parents. How is that possible if it all started in 1967? It isn’t. [laughs] The more interesting question is how white people are able to believe such silly things. 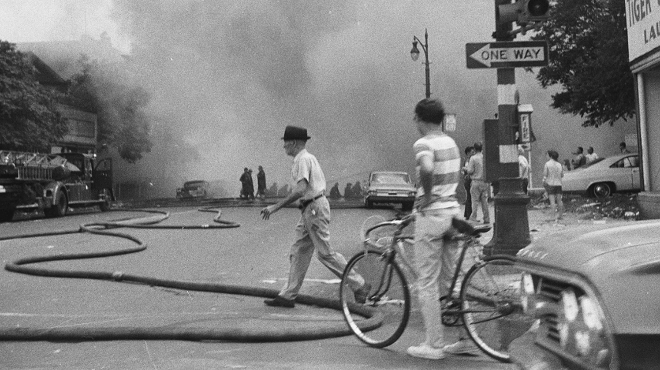 A radical’s oral history of Detroit in 1967: Rebellion