Where to find iconic Michigan foods in metro Detroit 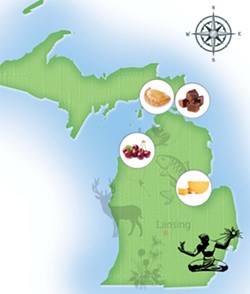 Michigan may be known for producing automobiles or looking like a mitten, but it should be better known for the amount of specialty foods that are grown and made right here. If you've ever visited the weeklong Cherry Festival in Traverse City, the "Cherry Capital of the World," then you'll understand how proud Michiganians are about a product that is grown here.

But what if you can't make it to the Cherry Festival to get your hands on those sweet, delicious cherries? Can you get them anywhere in metro Detroit? And what about other Michigan-centric foods like Mackinac Island fudge or Pinconning cheese?

Well, my friends, we have done some research and found out where these yummy treats are available in metro Detroit so you can get your mitts on them. 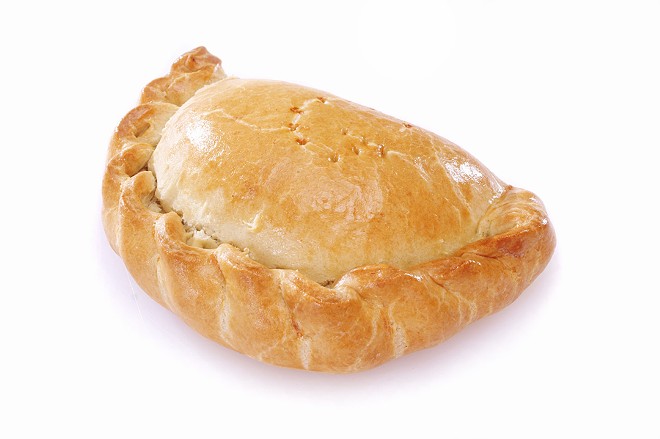 If the Upper Peninsula of Michigan is going to be known for anything, it has to be the pasty. As legend goes, the pasty was created in the region of Cornwall in England as a lunchtime snack for workers in the tin mines. The hand-held pie is stuffed with meat and potatoes and wrapped in a flakey pastry that is hardy enough to keep the filling inside.

19th-century Cornish immigrants brought the pasty to the Upper Peninsula iron mines, the pasty adopted a new life and has become a symbol for cuisine in the UP. A lot of pasty shops are located in St. Ignace, the first town you arrive to after traveling over the Mackinac Bridge. One shop, Lehto’s, has been making pasties since 1947 and sells out of them almost daily. Luckily, they will ship pasties right to your home.

Fortunately for us in metro Detroit, there are quite a few places that are keeping the pasty tradition alive. Barb’s Pasties and Pizza in Clawson is well-known in the area for having delicious pasties, as well as the Calumet Pasty Shop in Roseville. Batch Brewing Company, a taproom and restaurant in Detroit’s Corktown neighborhood, features a “pasty of the day,” where the chefs can play around with the idea of the pasty and stuff it with different fillings.

Mackinac Island didn’t create fudge, but the fudge shops on the island have perfected the art so much that the island is known as the fudge capital of the world. With seven spots to satisfy your sweet tooth, it’s no surprise that people from all over the world flock to this gorgeous island to get their hands on some authentic fudge.

Murdick’s fudge is the OG shop on the island and they’re been top dogs since 1887. If you visit their online shop you can have any of their flavors shipped to your own home. What we want to know is if anywhere in metro Detroit has fudge that is comparable?

As a matter of fact, there are a few candy shops in the area that are making fudge the same way they do on the island. Kilwins, the Petoskey-based candy shop has two metro Detroit locations, one in Plymouth and one in Ann Arbor, that are serving up authentic fudge that keep people coming back.

So if you can’t make it up to Traverse City to get your hands on the tart little fruits, don’t fret — you have options here in metro Detroit. If you want the actual fresh cherries themselves, then most farmers markets will have your hookup. Eastern Market in Detroit or the Royal Oak Farmers Market are both great places to get some.

Detroit City Nut has dried cherries that were grown in northern Michigan that you can purchase from their website. These cherries are perfect for a Michigan-themed salad or for some cookies around the holidays.

We may not be Wisconsin, but the town of Pinconning near Saginaw makes some of the most delicious cheese in the world. The Pinconning cheese is an aged semi-hard whole cow’s milk cheese — very similar to a colby cheese, just a little bit more aged. The Pinconning Cheese Company has a website where you can order any variety of the famous cheese (like jalapeno or ghost pepper) and have it sent directly to your home.