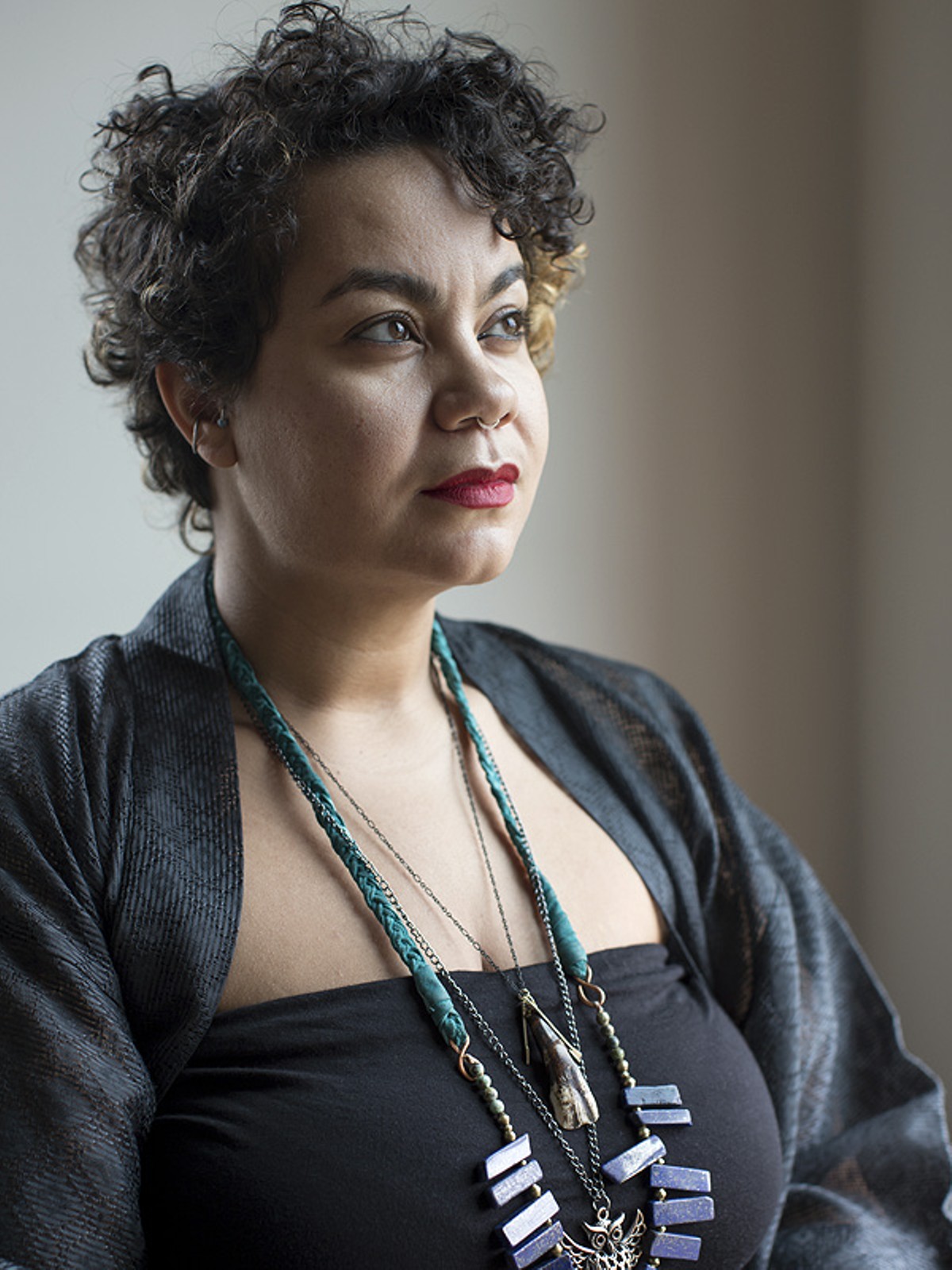 "My life is totally overwhelmed with great things right now, things I've worked hard to produce," says Adrienne Maree Brown, shortly after leading a workshop at the Black Futures Fest in New Orleans. The 36-year-old artist and activist has lived in Detroit for six years, but before that, she lived in the Bay Area for three years, and before that, well, "And before that I was in NYC for 10; my father was in the military so I grew up moving a lot, and that nomadic nature feels like home to me."

But she's ended up in Detroit and settled in the Cass Corridor and seems to have put a stop to the transient existence.

"I love the blackness and the creative resilience of Detroit, the tenacious ways people have created futures for themselves here," she says. "One of the things I write about is living in a space that is in transition and how I see my work as part of the problem and the solution."

But she does more than write. "I hustle," Brown says. "Facilitation, speaking gigs, workshops — I also have some individual clients I coach on life and love. Most of this work feels so integrated in my life. Doula work and facilitation influence each other, bringing healing and ease into what could be hard experiences.

"Science fiction scholar is a way I see the world. Writing and art are how I respond. My activism really takes the form of who I work with — I facilitate and train folks generating liberation. I'm studying to be a politicized healer as well — that feels more and more like the root of all the work."

Brown was awarded both a Kresge and a Knight grant in 2013. Much of her work could roughly be said to be within the realm of Afrofuturism. On her blog last month, she wrote the following in part: "We tend to think and speak of Afrofuturism as the far-off future, something beyond our current comprehension and planet. But now is the only moment. And we hope things will be different in the next now. We see the future cast over this devastating present moment. And we bend the world to assert and embody that black lives matter."

AK Press just released the collection Octavia's Brood: Science Fiction Stories from Social Justice Movements, which Brown edited along with Walidah Imarisha. "My dad is a Trekkie so I got exposed early," Brown says. "I always seek out those stories from beyond our current limitations. My parents had an interracial marriage in the South in the '70s. So sci-fi was comforting.

"I call what I write now visionary fiction, which includes lots of genres but focuses on collective, bottom-up change, centering on marginalized communities. I want people to reflect on what it means to be human, how we best do that."

Metro Times music editor Mike McGonigal has written about music since 1984, when he started the fanzine Chemical Imbalance at age sixteen with money saved from mowing lawns in Florida. He's since written for Spin, Pitchfork, the Village VOICE and Artforum. He's been a museum guard, a financial reporter, a bicycle...
More
Scroll to read more The People Issue articles
Join the Metro Times Press Club