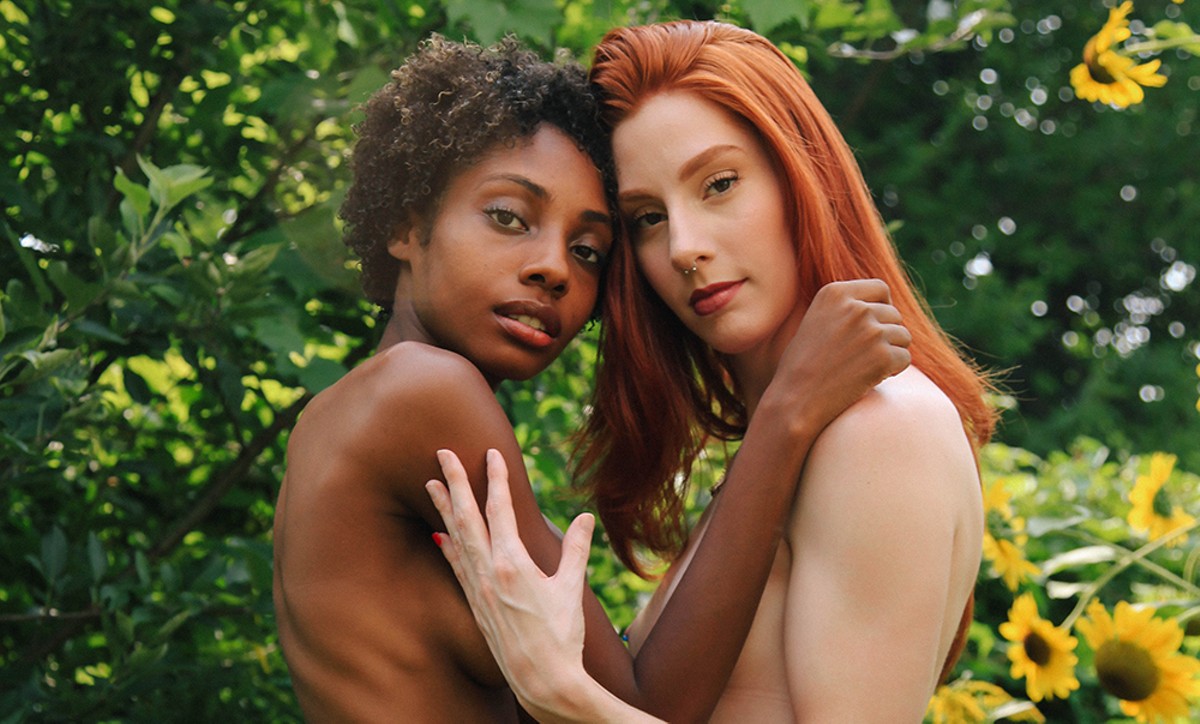 Makeup-artist-turned photographer Miles Marie, aka Nomadic Madam, is a Taurus with a Taurus sun, Taurus moon, and a Virgo rising. She says her sign is ruled by Venus and that Venus has been fucking her up lately.

"I have found myself wanting and dreaming a lot," Marie says. "I have to rein myself in. At the same time, I really think dreaming is such a great motivator. But I'm all earth, very grounded."

While this may sound like gibberish to the astrological novice, for 29-year-old Marie, her sign was a driving force behind her latest passion project, the Harem Club lunar calendar.

"Everyday for the past three months has been about this project and I feel so blessed and honored to have even had this opportunity," she says. "Part of me is obsessed with time, and a calendar is how we are able to view life linearly and the rhythms that exist within cycles. I've wanted to make a calendar for a really long time. And it seemed like the right time."

The 11-by-17 calendar was purposely formatted to serve as either coffee table art or a wall statement and runs from December 2018 to December 2019, beginning and ending during the winter solstice. Each page features a nude woman who was chosen to embody the spirit of their month's respective astrological sign. Scorpio, for example, is shown with snakes to illustrate a Scorpio woman's seductive qualities, and Gemini is represented with two women entangled in an embrace as a nod to the sign's duality.

Marie says her intention was to flip the script on the male gaze while still harking back to the classic centerfold stylization of Playboy magazine.

"I really wanted to be able to speak to a larger audience about being secure within yourself and how beautiful we are as we are and how we can improve ourselves, for us," she says. "Not for anybody else."

Though Marie said she could have easily translated this concept into an art show format, she wanted to give women a visual vessel for daily affirmation to reconnect with their own bodies and to track their own growth. More than 75 women responded to Marie's model casting, and the rest of the process, Marie says, was mostly intuitive.

"Some of the stuff came to me instantly," she says. "I spent some time figuring out what months which girls were going to be, but once I saw them all in front of me, they just made sense. I think I had to trust myself."

When it came to editing the images, Marie meditated beforehand. Not just for her own clarity, but to best depict the many women she was representing and the overall message of the Harem Calendar project — that women are as beautiful as they are. Each photo was treated with minimal retouching, eliminating only distracting blemishes or environmental elements. Marie says it was important to keep the images as raw as possible.

Marie says she partially chose a calendar format because time is on her mind. "I'm going to be 30 in four months, and I've been thinking about what have I done," she says "So, I look at where I was a month ago. Where I was two months ago. Where I was a year ago, and I see how things have changed. When people are having this conversation next year they'll look back and go, 'Wow, all of this has changed and I see it now.'"

When it comes to a follow-up project, Marie says she is flush with ideas and can see herself producing another calendar for 2020, though with a different format, but still with women, still nude.

The current calendar will be unveiled during a release show on Sunday, Nov. 18 at Willis Show Bar, and is available for $35 online as well as at Brightly Twisted in Detroit and Tooth and Nail Oddities in Ferndale's Rustbelt Market.

While Maire is in an ultra-reflective phase of life as she approaches her 30th birthday, with the calendar, she appreciates how far she's come, and she hopes her project allows others to take pause and do the same.

"I hope that they look at it every day and that they notice something different about it that reflects who they are," she says. "Every month has a full moon, new moon, and two half moons. I really hope they take into account how connected, not just all the models are, but also how the months how close they are to the women who are on their walls. And I hope they write in it, too!"