Welcome to The Convent, a wellness oasis and Airbnb in a former Detroit nunnery

Massage therapists, clairvoyants, and psilocybin healers have set up shop in the building helmed by the owners of The Schvitz 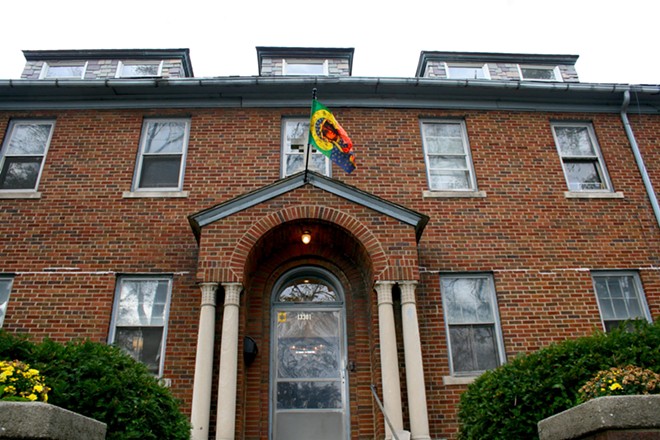 Randiah Camille Green
The owners of The Schvitz renovated a former Detroit convent.

A flag of the Black Madonna blows in the wind at the entrance of The Convent — a new health and wellness community in Detroit.

Rather than nuns, the former convent on the edge of Detroit and Hamtramck is now occupied by private massage therapists, estheticians, visual artists, and even a psilocybin journey facilitator.

The owners of Detroit’s formerly infamous bathhouse The Schvitz purchased the convent in July of 2022 and quickly renovated it into a healing oasis where practitioners serve private clients in rooms that were once nuns’ quarters. A former chapel on the first floor will be used as a gallery space for art openings, yoga classes, and other events.

The owner of The Schvitz and The Convent, Paddy Lynch, says it will give affordable studio space to wellness practitioners and artists.

“A lot of the people who’ve been working out of The Schvitz for a number of years now have done really well there, but a lot of them are either mobile or working out of their homes,” he says. “I felt like not a ton of people had combined art and wellness, and this would be a nice space to make up for that. Healers and wellness practitioners aren’t really seen as artists, but they kind of are. It’s like the healing arts.”

The Convent will have its grand opening and open house on Saturday, Nov. 5 with an art exhibit, jazz music, and drinks. A ribbon-cutting ceremony is slated for Friday afternoon with Detroit Mayor Mike Duggan, though some tenants have already begun accepting clients.

The building was built in 1929 and occupied by the Sisters of the Holy Family of Nazareth. It later became a host to a number of other occupants including a detox facility, nursing home, and shelter for battered women. 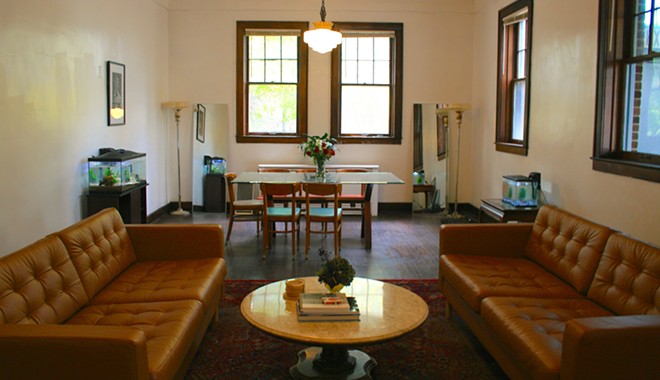 “My wife and I were educated by Polish nuns growing up and I’m really fascinated how the City of Detroit built more religious institutional architecture than almost any other city,” Lynch says. “Much of it has gone into disrepair or isn’t being used. What do you do with these buildings? You certainly shouldn’t tear them down, and in some cases, they’re historically protected, so you’ve gotta find interesting and positive ways to use them.”

A grotto next door to The Convent is flanked by angels on either side and is dedicated to Our lady of Częstochowa, or the Black Madonna, who hangs above the community’s doorstep. Lynch doesn’t own the holy site, which he calls “the kitty grotto” because it’s been overrun by friendly stray cats, but it does reinforce the building’s storied history and add to its gothic lore.

Among the roughly 20 occupants at The Convent, there are six resident artists, two nonprofits, a lymphatic specialist, and a botox physician.

One of the nonprofits, Lynch & Sons Fund for the Arts (which is owned by Lynch’s family), will be awarding six-month artist residences with studio space inside The Convent.

“At the end of that six months, they can show their work in the chapel or do a reading if they’re a poet or writer,” Lynch says.

The Airbnb space features a simple bedroom and living room with a couch, mini fridge, and walls adorned with work from artists in the building. The room goes for $75 a night, and the idea is that visitors will book a session with one of the practitioners during their stay.

“We want to keep it pretty accessible and simple,” Valbuena says. “It’s not fancy, per se. We’re not a luxury respite. It’s more like, ‘Hey, you know the haunted convent? You wanna sleep here for a night?’”

Valbuena co-owns Magdalene with three other women including Lynch’s sister Caitlin Lynch, who collectively call themselves the “choir girls.” Magdalene has had a few guests so far, who Valbuena tells us have said they “felt healing energy in the space.”

Randiah Camille Green
The "kitty grotto," so named because it’s been overrun by friendly stray cats.

“It’s like a little retreat in Detroit for people who just want a night away from whatever their grind is,” she says. “Like an ‘I do a lot in my life and I need space to rest’ kind of place.”

While showing us around, Lynch adds that several clairvoyants have said the building may be haunted or have “heavy energy.”

“I'm told by some of the parishioners that it changed hands multiple times and a few of the operators were pretty sketchy, like the place just didn’t have good energy,” Lynch says. “People were locked up in here. We’ve had clairvoyants come through here and there’s a couple of rooms where they’re just like, woah.”

A staycation in a potentially-haunted former convent with a psilocybin journey or massage on top sounds pretty damn good to us.

The Convent is located at 13301 Mound Rd., Detroit. Its grand opening is slated for Saturday, Nov. 5 from 5 p.m. to 8 p.m. More information is available on Instagram, @convent_detroit and @magdalenedetroit. 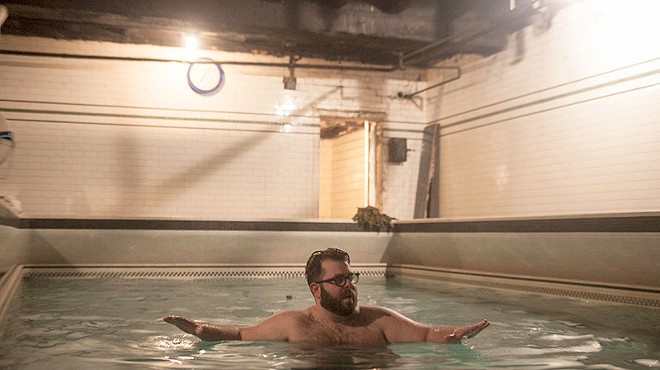 Detroit bath house the Schvitz gets a new life: New skin for the old steam room