Pine Knob’s Magic of Lights display may have a 30-foot waving Barbie, but do the lights dance in unison to music from Star Wars?

No. Only the Bostick Family Light Show in Garden City does that.

What is the Bostick Family Light Show, you may ask? It’s one metro Detroit family’s dedication to over-the-top holiday light displays that turns their lawn into a nightly musical.

A 25-foot Christmas tree with 7,500 lights, a waving snowman, and candy canes pepper the Bostick’s yard, with snowflakes and Santa’s sleigh sitting on the roof. It sounds pretty standard until the synchronized show starts lighting up and flashing in synch with Christmas music.

It makes other holiday light displays look like amateur hour. If you look up Bostick Family Light Show on Google Maps, it comes up as an event venue, which is a pretty accurate description.

Kyle Bostick programmed the roughly 50-minute show on a computer and switches it on and off through his phone. He says it takes him about three weeks to set up the whole show, and the layout changes every year along with a new playlist.

“When we started about three years ago we had about 6,000 lights and now we have 25,000 so it’s gotten quite a bit bigger over the last couple of years,” he tells us outside the house as the lights go crazy. “The lights can be programmed to do any pattern that you can imagine so there’s really no limit to what you can do.”

Sometimes the entire street gets backed up with a line of cars on both sides waiting their turn to watch. It plays nightly on a loop from 6:30 p.m. to 9:30 p.m.

The display even includes a How the Grinch Stole Christmas photo booth that will take your picture and email it to you.

The whole thing was originally a Halloween display that Bostick created for his wife three years ago.

“Halloween is my wife’s favorite holiday and she basically just encouraged me to go bigger and bigger,” Bostick says. “Eventually I got a synchronized light show going and the community just started following us and showing up, and they really wanted to see Christmas, so we ordered all the stuff for Christmas and it really blew up. We’ve been doing it ever since."

This year for Halloween Bostick programmed a Stranger Things and Metallica mashup to “Master of Puppets” complete with a spooky tree singing James Hetfield’s vocals and a flame-shooting graveyard with actual fire.

They’ve also programmed the lights to “What’s This” from The Nightmare Before Christmas, Taylor Swift’s “Love Story” for Valentine’s Day, and “Deck the Halls” but it’s War Pigs by Black Sabbath.

Bostick puts the display up for Halloween and then switches out the spiders on top of the roof to snowflakes for Christmas.

He says the fantastical show costs tens of thousands of dollars, but it’s worth it to see how happy it makes people.

“It is a lot of work, but it’s fun,” he says. “We see a lot of kids and families enjoying it and we get messages all the time that it's their new family tradition to come. There’s a lot of people that count on us to do it, and that gives us motivation to keep doing it. There’s one of our neighbors down the street that doesn’t enjoy it, but the rest of them have all been on board and supportive.”

Despite the time and money the family puts into the show, it’s completely free to watch, and they give any donations to charities like Detroit Dog Rescue and the Stork Foundation for Infertility. Donations this year will go to CS Motts Children Hospital. 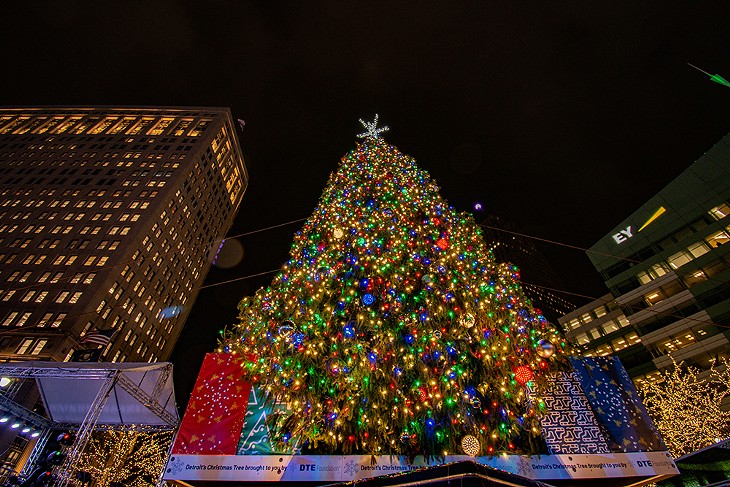 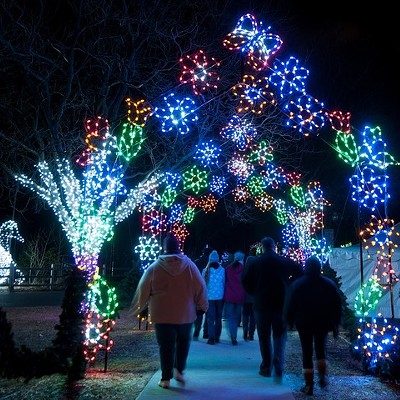 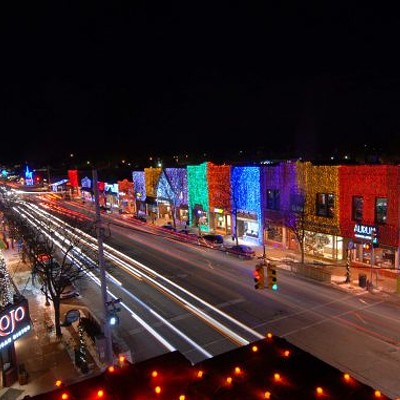 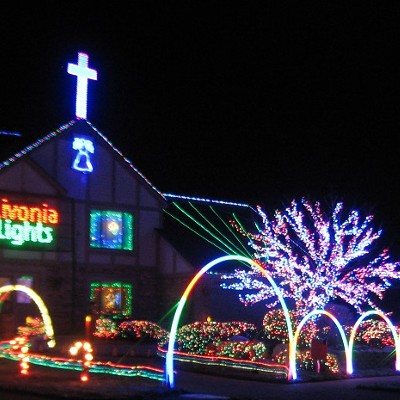 After living in Japan and traveling across Asia, Randiah Camille Green realized Detroit will always be home. And when she says Detroit, she's talking about the hood, not the suburbs. She has bylines in Planet Detroit News , Bridge Detroit , BLAC magazine, and Model D . Her favorite pastimes are meditating...
Scroll to read more Things to Do articles