‘Boblo Boats: A Detroit Ferry Tale’ is also on DVD 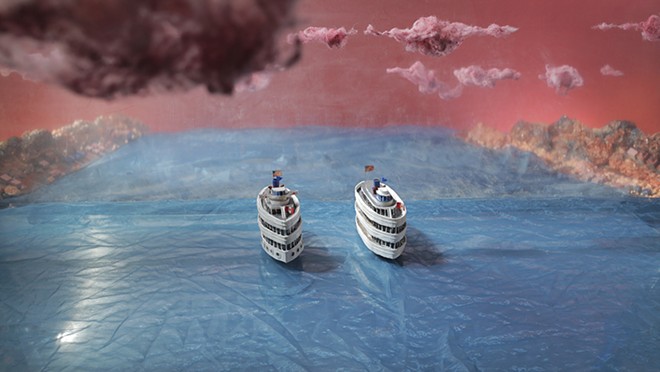 If you’re looking for something to watch with your family this holiday season that won’t cause heated political debates, a film about Detroit’s famed Boblo boats could be an option.

The animated documentary, Boblo Boats: A Detroit Ferry Tale is now available for online streaming via Eventive. It’s also on DVD. It had a limited run in select Michigan theaters in September after initially being screened at the 2021 Freep Film Festival.

“We wanted to deliver the magic of Boblo directly to those who didn’t have the opportunity to catch us in theaters,” said Stephen Bannatyne, the film’s producer. “Eventive felt like the perfect platform because it allows us to customize the experience for the viewer and include all the DVD special features in the streaming edition.”

Boblo Boats: A Detroit Ferry Tale recounts the history of Boblo Island amusement park and efforts to save the St. Claire ferry from the scrapyard. It’s narrated from the perspective of Ste. Claire’s sister ferry the SS Columbia, which is voiced by Motown legend Martha Reeves.

It also tells the story of civil rights activist and legendary Detroiter Sarah E. Ray who fought to desegregate the Boblo boats. Ray was kicked off the ferry to the island in 1945 because Black people were not allowed to ride.

On second thought, that could be a trigger for some uncomfortable conversations at the dinner table, but it’s not your problem if your family members can’t accept history, is it?

The streaming and DVD versions feature over an hour of bonus content not included in the original release, including a Q&A with Detroit’s official historian Jamon Jordan, Reeves, and director Aaron Schillinger. It also features the reportedly true story of how the mafia nearly acquired Boblo Island, and additional footage of the actual boats themselves.

Virtual tickets to stream the film start at $12 and DVDs are $25. For more info see bobloboatsfilm.com.

After living in Japan and traveling across Asia, Randiah Camille Green realized Detroit will always be home. And when she says Detroit, she's talking about the hood, not the suburbs. She has bylines in Planet Detroit News , Bridge Detroit , BLAC magazine, and Model D . Her favorite pastimes are meditating...
Read More about Randiah Camille Green
Scroll to read more Movies articles