Wershe was sentenced in 1988 at the age of 17 to life in prison without parole on cocaine trafficking charges, after a prolific career as a rising young drug kingpin who was an FBI informant.
click to enlarge

Richard Wershe's mugshot
After changes in drug sentencing laws, Wershe became eligible for parole, but has been denied every time, including most recently in 2012.

White Boy Rick's story highlights the fast and loose, and probably reckless methods government agencies use in investigating crimes, and the possible inconsistencies in drug-related crime law, prosecutions, and sentences. 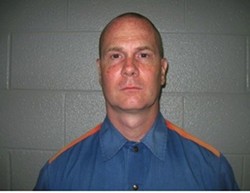 Wershe is still eligible for parole, and can apply again in 2017.