Owner of flooded Michigan dam used it as tax shelter, ignored federal regulators, according to report 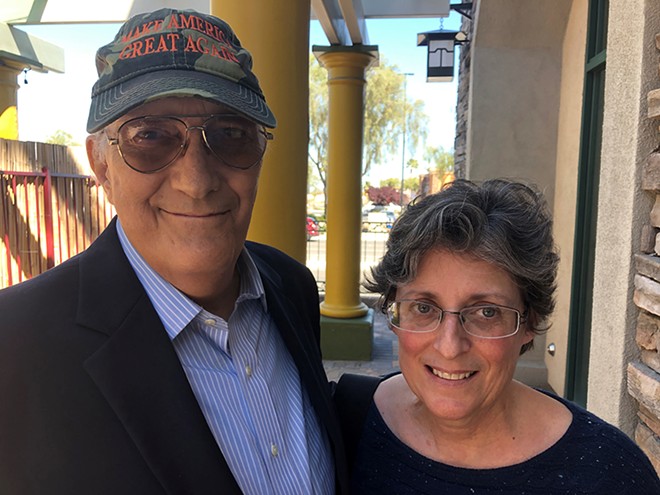 REUTERS/Tim Reid
Lee Mueller, 70, and his wife Michele Mueller, 61, are pictured in Las Vegas, 2019.
Lee Mueller — the owner of the Edenville Dam that flooded last week, causing massive destruction of property in Midland County — was heir to the fortune of the founder of the Boy Scouts of America and purchased the dam as a tax shelter.

That's according to an explosive report from Bridge magazine published Wednesday. According to the report, Mueller (a Las Vegas-based architect) and a cousin (the bagpipe-playing son of a French count... seriously) purchased four dams near Midland after selling a property in Illinois as a way to avoid paying $600,000 to the IRS.

Mueller and his cousin are trustees of William D. Boyce Trusts, which manages the fortune of a Chicago publishing magnate who founded the Boy Scouts and left behind the equivalent of a $300 million fortune. They purchased the dams for $4.8 million, but had to borrow money to do it.

By all accounts Mueller was a deadbeat owner who repeatedly clashed with federal and state regulators, as well as his neighbors, since purchasing the dams as Boyce Hydro Power LLC in 2006. According to one neighbor, Mueller "hates government, he hates paying taxes, and nothing makes him happier than when he can stick his finger in the eye of government." (So no, we are not surprised to see him sporting a Make America Great Again hat in the above Reuters photo.)

Federal regulators raised alarms about the dams' ability to withstand a heavy rain as early as 1993. After the Edenville dam changed hands to Boyce, the Federal Energy Regulatory Commission told the company to build new spillways that could accommodate flooding. Boyce fought the regulators for more than a decade, saying it didn't have the money to do it. In 2018, FERC revoked Boyce's license to generate power, choking off its ability to generate money.

Mueller's disdain was not limited to regulators. The company also reportedly refused to fund a local recreation area, per its license agreement, and instead set up a barbed wire fence to prevent people from entering. Boyce would also lower the lake levels without warning, forcing homeowners to remove boats from the water, and even demanded homeowners fork over $80,000 so the company could refill the lake. Beyond that, Mueller was accused of ramming his car into a pick-up truck filled with people who had parked on his property to fish, and also smashing the car windows with a chain. The cases were reportedly negotiated down to misdemeanors.

Local residents had apparently become so fed up with Mueller that they formed a group called the Sanford Lake Preservation Association to buy the properties from Mueller, and were even willing to pay double the price Boyce originally paid in 2006.

In the end, Mueller's tax shelter scheme appears to have been not worth it. According to court records acquired by Bridge, Boyce Trust said the dams have lost money every year since at least 2016. The Edenville dam only generated about $1 million in annual revenue, while expenses were $1.2 million.

And now the whole scheme is likely to cost Mueller far more.