No, 250k people did not march for Palestine in Dearborn 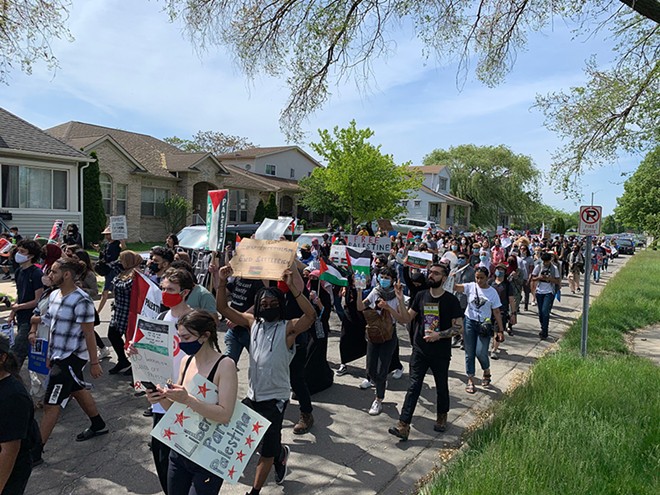 Sean Taormina
Thousands marched in Dearborn earlier this week in support of Palestine.

According to a viral tweet, more than 250,000 people marched in Detroit in support of Palestine on Tuesday. That certainly would be a sight to behold… the only problem is, it didn’t happen.

Freaking awesome !!over than 250K protesters in Detroit today in solidarity with Palestinians.

Who’s have imagined this view 2 weeks ago. This is so good. #Palestine pic.twitter.com/wYdsR58D4j

While a lot of people did show up for the cause Tuesday, the marches took place in Dearborn, not Detroit. Two hundred thousand people marching through the streets of Dearborn would have been a feat, especially when you consider the entire population of Dearborn is only about 93,000, according to 2019 census data.

Dearborn Police estimated that around 2,000 people attended the protest that began in front of their department, while one of the groups that helped organize the event, Wayne State’s Student’s for Justice in Palestine, said on Instagram that the number was about 3,000. Reality likely falls somewhere between those two numbers.

The video in the tweet may have come from last Sunday’s demonstrations, not Tuesday's, when some 10,000 people were estimated to have come out, according to The Arab American News. Either way, that’s well under the 200k number people were throwing around online.