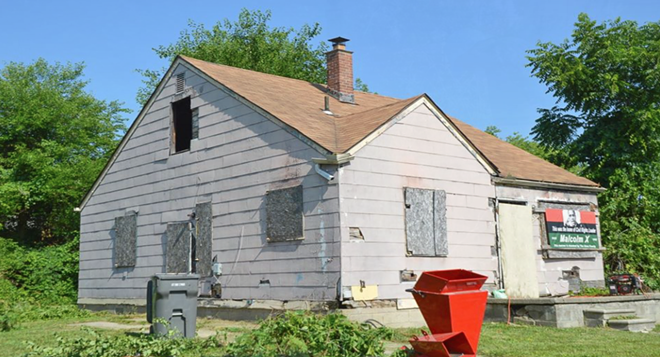 Courtesy of Project We Hope Dream and Believe
The Inkster house where Malcolm X lived in 1952.

The house at 4336 Williams St. in Inkster sat abandoned, crumbling, and surrounded by overgrown grass for years. It was set for demolition by the city until local resident Aaron Sims rallied to buy and preserve it.

You see, this isn’t just any blighted house — it’s the house where Malcolm X lived from 1952 to 1953 with his brother Wilford Little, who owned it. Sims made this discovery back in 2006. On Tuesday, after nearly two decades, the house where Malcolm X began his rise in the Nation of Islam was finally added to the National Register of Historic Places.

Through his non-profit organization, Project We Hope Dream and Believe, Sims was able to acquire the house from the city of Inkster back in 2015. Getting it listed on the National Registry helps to solidify it as an integral piece of history.

“When you watch movies and read books about Malcolm X, they are missing the most significant part of his life which is when he was released from prison in Boston, Massachusetts, and came here to Inkster,” Sims tells Metro Times. “That is the beginning of his transformation from Malcolm Little to Malcolm X, a pivotal point in his life that everybody left out. He wrote many of his speeches in that house.” 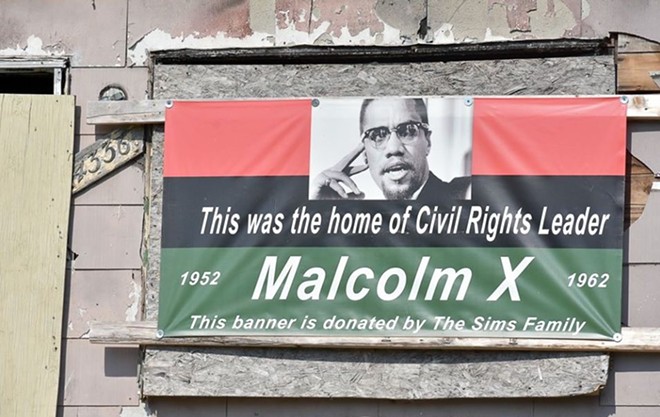 Courtesy of Project We Hope Dream and Believe
The house was owned by Malcolm X's brother Wilford Little.

Project We Hope Dream and Believe has also received a roughly $380,000 grant from the National Park Service’s African American Civil Rights Historical Preservation Fund to restore the home. They plan on using it to transform the house into a museum, build a community center next door for neighborhood youth, and turn empty lots across the street into a community garden.

Sims says he heard rumors about Malcolm X living in Inkster when he was growing up, but never really believed it. One day he and a friend decided to Google it, but nothing came up in the search results. So they decided to search for Malcolm X’s FBI file for clues instead. There they found his home address listed as 4336 Williams St., Inkster. The rumors the older generation had always whispered about were true.

“When we pulled up on Williams Street there were only three houses. We got to 4336 Williams, got out of the car, and sat on the porch just stunned. I looked at my friend and said ‘we have to get this house,’” Sims says. “We fought city hall and refused to let them tear it down. It was on the demolition list for the following year and if we hadn’t discovered it then, it would have just been gone.”

Sims says the city of Inkster blocked his attempts to acquire the house at every turn, with a city council member (whom he graciously refused to name) calling him a liar and claiming that Malcolm X never lived in Inkster. It’s a sad facet of how often African American history is left to fade into the depths of unknown darkness, and stories never get passed down for future generations. “The African American community, for some reason, we just let our history fade away. We don’t even tell our kids. Everybody knows Martin Luther King Jr. because there’s a holiday dedicated to him, but who knows about Malcolm X or Fred Hampton? You say those names to the kids of this generation and they be like, ‘who?’ I just shake my head, but I keep my head up every day because the goal is bigger than that. ”

Inkster has a lot of history that goes unacknowledged. It’s the home of Motown’s The Marvelettes and legendary dance group the Funkateers. Prolific writer Alex Haley once called Inkster home. If you're not familiar with the name, he's the writer behind Roots: The Saga of an American Family, which the historic TV series Roots was based on. If you don't recognize that name, we can't help you.

“The high school that the Marvelettes were found at, Inkster High School, is gone. Berry Gordy had a recording studio in Inkster because the Marvelettes couldn’t make it down to Detroit. Many people don’t know that,” he says. “We have so many people who graced the streets of the city of Inkster and it’s all just lost. Now we’re here in 2022 and this is our very first piece of national history that we can say we preserved.”

Over the next few months, Sims and his team will continue to repair the house in hopes of opening the museum on Aug. 7, 2022. Aug. 7 is the date that Malcolm X arrived at the house in 1952.

While Malcolm X’s story is a long and complicated one, Sims is now on his own journey of making present-day Black history.