Look, we got more thoughtful letters to the editor! 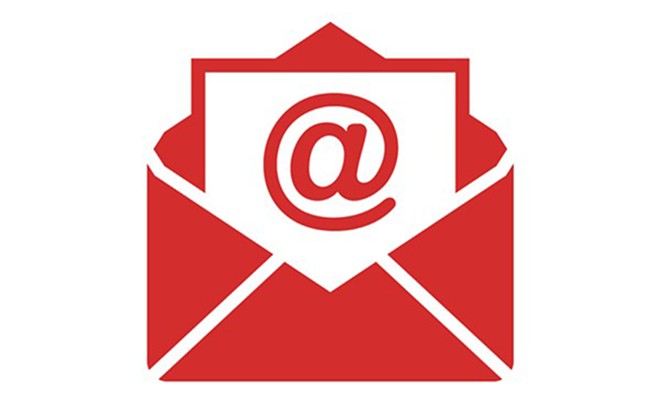 As predicted, our decision to disable the comments section on our website has already yielded a slew of thoughtful letters to the editor. Let's dig in.

A while back, I emailed you regarding the Metro Times's failure to communicate with print edition readers about changes to the publication. You took my suggestions to heart. You brought back the letters to the editor space and announcement of changes, such as the hiring of Steve Neavling.

Similarly, a few weeks ago, you brought back Rob Brezsny's astrology column to replace Cal Garrison's. But for print edition readers, there was no explanation. Online, however, you not only announced the change, but ran a piece by Garrison explaining why she suspended her column. Both your announcement and Garrison's piece should have run in the print edition.

You've done an admirable job keeping the print edition going during COVID-19, when other publications have suspended, or even ended, their print editions. But you need to stop treating print edition readers like second-class citizens.

David, you're right. I've been neglectful of our faithful print readers, and for that I apologize. I did decide to run the explanation about disabling our online comments section in last week's issue, after I ran it online first. Regarding our regular astrologer Cal, a lot of readers have sent me emails asking about her. For our print readers, Cal is not feeling well and is taking a break. You can read a note from her on our website to learn more. Please send her good vibes!

In regards to your latest Metro Times article about dropping the comments thing, a good movie to watch is Elmer Gantry. If it wasn't for the telephone during the heyday of the press, communications wouldn't have existed, kind of like me calling you now. I don't have to worry about being "grammarly OK," being an immigrant kid, and worrying about my Os and Us and Cs and Ss. And it's much easier to talk to than it is to go ahead and write because it takes time to think and formulate your words and sentences. The free press, I think you're heading out the door. Not putting comments, pro and con, in a newspaper is not the right way to go. That's why they had political cartoons and other things in the beginning, and then later on the telephones and the reporters in the rooms and everything like that.

You got to let the people get back to you, whether you like it or not. We got pretty-headed "news readers" who think they're journalists on TV, the computer, and everything else. Anybody with a cell phone is an automatic photojournalist in this day and age. Well, there's not many true journalists left. There might be some in some little countries overseas that really care about their country, their cause, and their people, but not much anymore with the great dictator, the almighty dollar, telling us what to do, how to live, and how valuable we are. I'm sorry to see all this go and sorry that everything has to be online in this day and age. I'm surprised you even have a telephone number anymore. A big mistake is not the freedom of speech in a free press. I think all the press has gotten leaned to one side and has an agenda because of people they answer to.

Somebody who once worked for you that now, um, I think, um, I forget where he's working now, but anyhow, but the, uh, flesh as he put it, once you guys got taken over by some conglomerate some years ago, which was one of the reasons he left, from what he told me. So anyway, um, yeah, big mistake. Gotta let people get back to you. Otherwise, you don't know if you're right or wrong, or even if the person is right or wrong, if he doesn't hear somebody else's point of view the next time he reads somebody's comment in the paper. I've learned more from Mad Magazine and National Geographic, which I still read at the age of 70, than anybody that ever went to any of the "over-education factories" as they are called these days, because that's all it comes out of there and some money to go back into them and keep you poor for the rest of your life.

So think about that. I know you ain't going to print it, but it probably needs to be. Everybody wants to talk about "let's have a conversation." Nobody has a conversation anymore. Everybody has a lopsided teeter-totter that bends in the middle. Anyway, if and when we ever get back to right, which I doubt is going to happen, maybe the press will go being the press it once was. But I doubt it because the media thinks they're the press. They're not. The constitution doesn't say "freedom of media." It says "freedom of press." And we need to go back to page one and start all over again. I think we got lost somewhere along the way and detoured and came back around...

Thanks, Bob, but we're going to have to cut you off here due to space. Anyway, we're not sure what's so bad about taking time to stop and think before you say something. Contrary to popular belief, we do it when we write our articles here at Metro Times. I don't think many of our trolls do it (hence the decision to remove the online comments), and, well, your voicemail could have used an editor. We're also not sure where you're going off about people not being able to reach us. We have an email address, phone number, and old-fashioned snail mail address printed in our table of contents, and in the place of the comments section under our online articles is an email link welcoming feedback. Anyway, sincerely, thanks for reading.

Have an opinion? Of course you do! You can sound off at [email protected].