Is Congressman John Conyers the victim of racial bias?

House Democrat leaders say Conyers must go – but there's been no such call for Al Franken in the Senate. Shutterstock
It's 2017, and we've finally arrived at the conclusion that there are sexual predators among us — quite a few of them, at that. This realization has led to the discovery of several other sad truths: For instance, it appears that, when profits are on the line, heavyweight pervs tend to lose their jobs (think Harvey Weinstein, Louis CK, Matt Lauer, Charlie Rose), but when the public trust is at stake, men in power get to stay employed.

Enter Sen. Al Franken and Rep. John Conyers (we'll set the president of the United States aside for now).

Zoom in on those cases, and you might spot another double standard: A white admitted sexual harasser representing Minnesota has not been asked by party leaders to step down, while a black, civil rights hero who represents Detroit and has denied any predatory behavior, has.

Yesterday, shortly after House Minority Leader Nancy Pelosi called on Conyers to resign, his lawyer seemed to suggest that race had something to do with Democrats' willingness to make that call for one lawmaker, but not the other.


"What is the discernible difference between Al Franken and John Conyers?" attorney Arnold Reed asked at a news conference.

That morning, a Conyers accuser had visited NBC's Today show to describe the Congressman as having "violated" her body. Also Thursday, a fifth and sixth woman came forward to accuse Franken of unwanted sexual advances. One of them was a war veteran who said Franken had grabbed her breast while she was serving in Iraq in 2003.

Reed noted in his news conference that there are three or four allegations of lewd behavior against Conyers.

According to Politico, members of the Congressional Black Caucus, which Conyers co-founded, have been asking themselves the same thing. The publication says some CBC members have been concerned about a double standard, saying questions about racial undertones are impossible to avoid.

“I think the chorus of people that are calling for John to resign is noticeably larger than everyone else,” CBC Chairman Cedric Richmond, a Representative from Louisiana, told Politico.

While the CBC has not asked for Conyers' resignation, one member of the caucus, Rep. Jim Clyburn, who's also the highest-ranking African American lawmaker in the country, did so yesterday.

Some House Democrats, meanwhile, have said they think Franken should step down too, but no Senate Democrats have called for his resignation.

However, race is not the only "discernible difference" in the cases of each lawmaker. None of Franken’s accusers worked for him, for example, while Conyers is said to have demanded sex from staffers, punishing those who did not oblige. Conyers also paid $27,000 from his taxpayer-funded office budget to settle one such complaint.

Conyers has said he does not plan to resign, but has only spoken through his lawyer since landing in the hospital with stress-related symptoms yesterday. That was before the House's top Democrat and Washington's top African American lawmaker asked for him to step down. 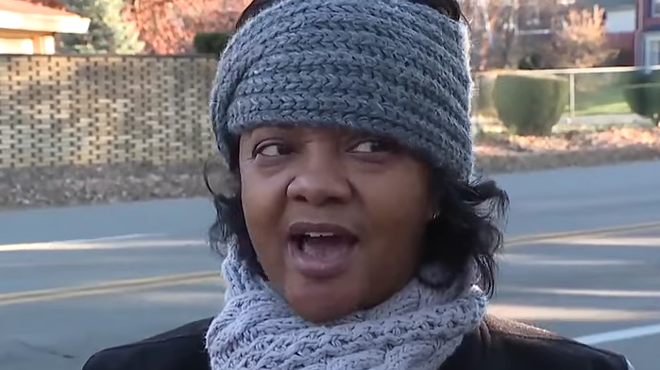