How Michigan destroyed faith in democracy 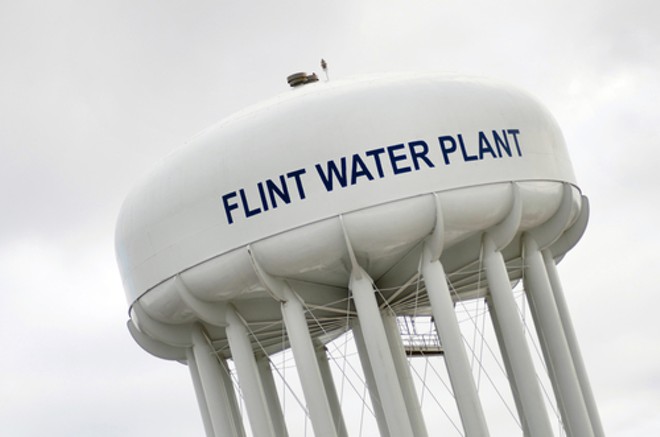 Worried about our democracy? Think state government no longer works for most of us or cares about people like you?

Well, there's a good reason for that... which is that it is mostly true. Today I am going to tell you a potential horror story:

Imagine that a group of citizens finally figured out a way to start to make government better, by changing the current corrupt way lawmakers are chosen. They earnestly worked hard to come up with a plan. Then they sold the public on it — and easily collected enough signatures to submit their plan to a statewide vote of the people.

And then, the sneering special interests and their Republican allies went to the courts, and got them to prevent people from even voting on the plan that would end gerrymandering.

That last part hasn't happened yet, but the enemies of democracy are trying hard to do just that, and they very well might.

More on this in a bit. But first — once upon a time, say, in the early 1960s, Americans trusted their governments at every level. The vast majority of us — sometimes 90 percent — felt government could be counted on to at least try to do the right things.

Then came Vietnam and Watergate, the Clinton sleaze, Bush the Lesser's pointless war with Iraq, and on and on.

Trust in state government endured longer, but began to slip about the time Gov. John Engler took office and closed mental hospitals, throwing patients on the street. It eroded even further later, as Gov. Rick Snyder presided over the poisoning of an entire city — not to mention his administration's efforts to lie, cover up, and belittle the press for their gallant efforts to get to the bottom of the Flint water crisis.

We voters also made a blunder that went a long way to make things worse, by passing an amendment establishing a series of strict lifetime term limits for elected state officials. State representatives can serve a mere six years; state senators, governors, and other officeholders can serve eight years, and then they are done — for life.

That was supposed to make sure we had more diversity. What we got instead was vast new irresponsibility. Hey — if you can sweep the problem under the rug for a decade... you'll be gone when things blow up! And you'll need a job afterward, so instead of worrying about what's good for the state, better be nice to the lobbyists.

Then maybe they will hire you!

That's what's been happening now for years. Everything is also made worse by our system of outrageous gerrymandering, made possible because the GOP controlled every branch of state government the last two times redistricting was done.

The system they have now perfected has made it possible for a majority of Michiganders to go to the polls, choose Democratic candidates for the Legislature and Congress — and nevertheless see Republicans win large majorities of the seats in both.

Not only that, but the vast majority of the legislative seats have been made safe for one party or the other, meaning competition is nonexistent, and the seat goes to whatever creature wins the primary.

That's why we kept getting Democrat Brian Banks, man of many felonies, elected from the east side of Detroit. That's why we have Republican Tim Walberg in Congress, proud alumnus of the Moody Bible Institute, and an obscure man with much to be uninteresting about.

The system has made it possible for a majority of Michiganders to choose Democratic candidates — and nevertheless see Republicans win large majorities.

The list goes on. If you aren't happy about this, know the vast majority of Michigan residents feel exactly the same way. Last year, the nonpartisan Center for Michigan did extensive polling and field work ("community conversations") as part of a study to try and measure how Michiganders saw their state government.

Their findings were published as a report, "Fractured Trust: Lost faith in state government and how to restore it." They found that the vast majority of us — up to 80 percent in some cases — are more than dissatisfied with Lansing's performance on key issues.

We have no confidence that, under the present system, they can get it together at all. "The most common answer to the question of which state government function earned the most trust was 'none of the above,'" the report said.

Extreme gerrymandering (along with term limits) clearly is a big part of the reason for legislative dysfunction, and that led to a group of citizens, led by recycling advocate Katie Fahey, to form the nonprofit group Voters Not Politicians.

Last year, they formed committees and wrote a proposed state constitutional amendment that would end gerrymandering by taking the redistricting function away from the morally corrupt legislature.

Instead, it would be turned over to a citizens' panel of non-politicians that would include four Democrats, four Republicans, and five independents, who would take over and draw new districts in 2021, after the next census results. The plan they choose would have to have support from all three groups in order to be adopted.

Getting this on the ballot, however, wasn't going to be easy. They needed to get 315,654 valid signatures within six months. Since some are always invalid (people sign twice or don't know what county they are from), you generally need a good deal more for a cushion.

Collecting that many is not easy, and in nearly all cases, those proposals which make it to the ballot are backed by special interest that pay $2-$3 per signature. Voters Not Politicians had no money.

They decided to rely on volunteers, which is normally a recipe for failing miserably. But not this time: People couldn't wait to sign to end gerrymandering. VNP collected 425,000 signatures by Christmas — 92 percent of them valid, according to the state.

They never paid a dime for any of them, which is almost unheard of. Some principled Republicans, like Joe Schwarz and former State Sen. Patty Birkholz, are enthusiastic backers of the plan.

But the ones in power now — and the special interests that own them — are horrified. They know if this gets on the ballot, their cozy little system is toast. Three years ago, a similar amendment applying to the legislature only got on the ballot in Ohio, which is generally more conservative than Michigan. It got 71 percent of the vote.

So those who like gerrymandering turned to the courts. They formed a group with the Orwellian name "Citizens Protecting Michigan's Constitution" and filed a legal challenge with the Michigan Court of Appeals, asking them to keep this off the ballot.

They can't very well say, "we don't want the citizens to decide who they want to represent them," though that's exactly what they mean. Instead, they are claiming that the amendment would alter several sections of Michigan's constitution at once.

That's not allowed, according to past court decisions. Jim Lancaster, an attorney for Voters Not Politicians, scoffs at this.

"Our proposal affects only one aspect of state government: Redistricting," he says.

The forces of darkness may have an advantage, however: This is sure to wind up before Michigan Supreme Court, where Republicans have a 5-2 majority.

What's more, former Chief Justice Robert Young, a warrior for the hard right, is an attorney for the pro-gerrymandering forces.

I cannot recall a case where what's right, and the people's will, were so much on one side of a ballot proposal. But if those who hate democracy manage to keep us from voting on this, it will be increasingly hard to argue that we have any democracy at all.