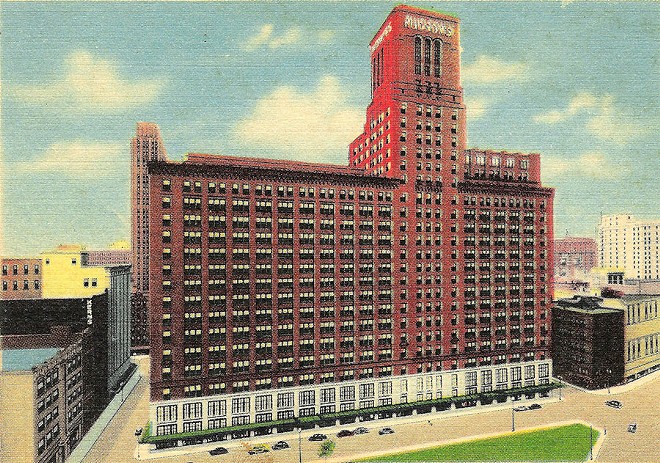 A rendering of the Hudson's Department Store location in downtown Detroit.

On this day in 1998, the J.L. Hudson Building was erased from Detroit's skyline by way of a very dramatic implosion.

The department store, which boasted 2.2 million square feet, shuttered after 90 years in and remained vacant until its demolition 15 years later. Once selling more than 500,000 items across its 29 floors, Hudson rivaled Macy's Thirty-fourth Street store in New York City.

At the time of implosion, the 439-foot structure was the tallest building to face a fate of controlled demolition. The demolition, which occurred at 5:45 p.m. on Oct. 24, reduced the mammoth structure to a 60-foot pile of debris.

Announced in 2015, real-estate hoarder Dan Gilbert set his eyes on the Hudson site with big plans for the gaping downtown vacancy. What he was plotting has been described as "a city within a city," which broke ground last December and is expected to cost upward of $1 billion. The original renderings for the skyscraper have not only changed since being revealed in 2017 but have grown in scale, towering at 912-feet tall — making it the tallest building in the city and one of the tallest in the country.

You can relive the 1998 demolition below.