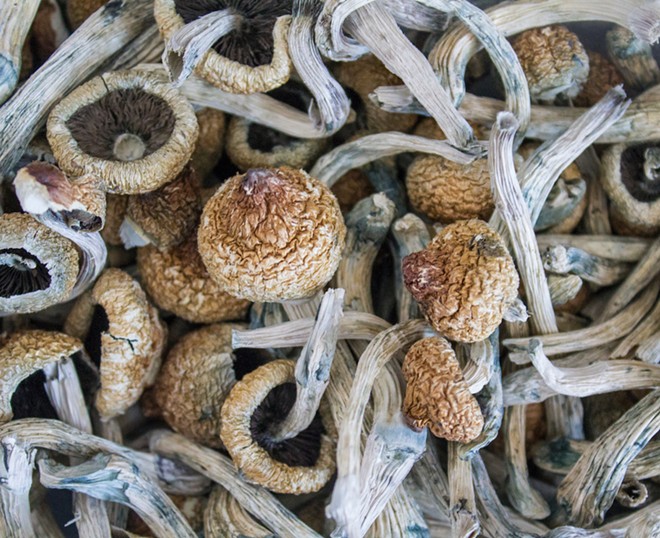 Shutterstock.com
More than 60% of Detroiters voted to decriminalize magic mushrooms and other entheogenic plants.

Detroit joined the psychedelic revolution on Tuesday when residents turned out to decriminalize the possession and therapeutic use of entheogenic plants, which includes psilocybin "magic" mushrooms, peyote, mescaline, ayahuasca, and dimethyltryptamine, or DMT.

More than 53,000 Detroit voters, or 61.1%, voted yes on Proposal E, which calls for decriminalizing naturally occurring psychedelics, also referred to as entheogenic plants, many of which have been shown to serve as treatments for depression.

Detroit joins a growing wave of cities in the U.S. that have passed similar laws, including Ann Arbor, Denver, and Washington, D.C., that declares the adult possession and use of mushrooms and the like as being among the lowest law enforcement priorities, while Oregon became the first state to legalize and regulate magic mushrooms.

In Detroit, this doesn't mean magic 'shrooms are legal. So what does it mean?

Well, decriminalization, in the case of magic mushrooms, means that police may tend to a case of say, jaywalking, before approaching someone in possession of mushrooms or other trippy plants. This doesn't mean you can drive while under the influence of these substances, nor can you use them in public.

Only until naturally occurring psychedelics are legalized will we be able to regulate them, which includes the buying, selling, and distribution of such plants. As to when that could be, well, it's hard to say. If you look at Michigan, we approved medical marijuana in 2008 for patients with qualifying conditions. It took a decade for 56% of voters to approve statewide legalization, which we did in 2018, with recreational cannabis sales starting in December 2019.

In 2020, Ann Arbor became the first city in Michigan to vote in favor of decriminalizing the possession, use, and cultivation of psychedelic fungus and other entheogenic plants, and this year, Washtenaw County also introduced two policy directives that would make it so the county would no longer charge criminal cases involving marijuana or entheogenic plants.

"People have been doing these for thousands of years," Sen. Adam Hollier (D-Detroit) told Fox 2 News. "We want people to stop overdosing on fentanyl and things like that. And we can do that if we have safe, effective means to regulate these things."