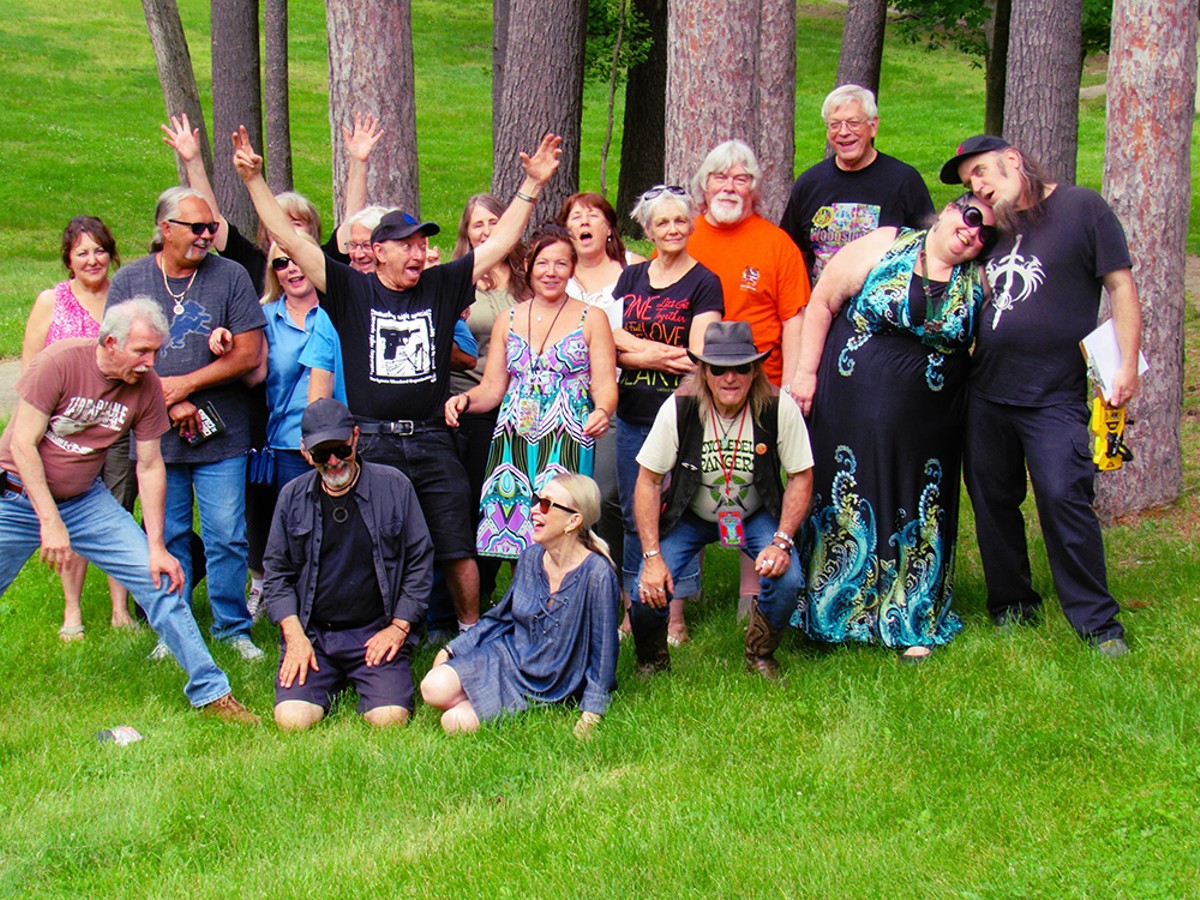 Less than two weeks before it was set to take place, the time of death for Woodstock 50 was officially logged: 2019 would not be a summer of peace and love redux, after all. Instead, the tarnished brand conceded defeat, claiming time had simply run out.

Truthfully, the clock had run out for the 50th anniversary of the landmark festival — originally held Aug. 15-17, 1969, in Bethel, New York — long before details of a revival had even been formally secured. At the helm of the reboot was a co-founder of the original Woodstock event, Michael Lang, who had tried to de-escalate the onslaught of rumors surrounding the fest, including reports of financial woes, contractual snags, permit issues, and a steady trickle of bands and artists pulling from the roster (which was set to include OG Woodstock acts like Dead & Company, Santana, Melanie, and Canned Heat, as well as newer acts like the Killers, the Black Keys, the Raconteurs, and Miley Cyrus, among others). In the end, the whole debacle started to call to mind the widely publicized drama of the Fyre Festival, the ill-fated 2017 music fest that promised a luxury weekend in the Bahamas before dramatically imploding. (The event's producer, Billy McFarland, is now serving six years in federal prison for wire fraud following the viral PR disaster.)

But Woodstock 50 is not the only mark against Lang's record. Woodstock's 1994 iteration earned the name "Mudstock" after torrential rains ripped through the festival grounds. It was Woodstock '99, however, that is perhaps one of the darkest days in music history. That notorious iteration of Woodstock was marred by poor planning, $4 water bottles, and the apex of nü metal. Oh, and fire. And riots.

So, where does this leave the marred Woodstock brand? For Detroit's Carl and Michele Lundgren, they're taking on the task of honoring the legacy of the original festival the best way they know how — with music.

"We appreciate the old musicians that we saw when we were young in the '60s," Carl says. "So, we're having this event to kind of bring back that sound of the Woodstock era."

To commemorate the hallmark anniversary of both the original Woodstock, as well as Detroit's Rock 'n' Roll Revival — a two-day festival produced by Grande Ballroom promoter Russ Gibb that took place on the city's former State Fair Grounds a few months before Woodstock would commence and saw performers Chuck Berry, the Sun Ra Arkestra, Dr. John, MC5, the Stooges, and Grand Funk Railroad — the Lundgrens have organized Woodstock in the D, featuring performances by some who took the Woodstock stage 50 years ago.

The Lundgrens have enlisted Woodstock in the D's headline act, Canned Heat, who filled a prime Saturday-night slot during the original Woodstock, where they performed an hour-long set that included the Los Angeles' band's hits "Going Up the Country" and "On the Road Again."

"I have bonafide Woodstock alumni, and I have bonafide Detroit Rock 'n' Roll Revival alumni, because that's what I do," Michele says. "People say, why don't I book all these local Detroit bands, but I like to stay true to the spirit and the footprint that was already carved out. Everyone at the event has their spot in history, and the trajectory is maintaining that."

Drummer Muruga Booker, who performed with Tim Hardin at the original Woodstock (the drum set he used then will also be present), will open the Lundgrens' single-day celebration. Also on the bill is Detroit's Billy Davis, who is credited with teaching Jimi Hendrix how to play electric guitar. There's also Detroit Rock 'n' Roll Revival performer Rev. Marc Falconberry, formerly of Dutch Elm; Scott Morgan of the Rationals; and Detroit icon, activist, and poet John Sinclair, who will serve as the festival's guest of honor.

Despite the event's name, Woodstock in the D will not actually be held in Detroit, but not for any lack of trying. Instead, the festival will take place on Proud Lake in Wixom, northwest of the city. Perhaps the only similarity shared by the maligned Lang-produced Woodstock 50 and the Lundgrens' ode to 1969 is that both encountered a technical snag when it came to securing a location.

"They couldn't get permitting from those counties," Michele says of Woodstock 50. "I seriously ran across a lot of permitting issues, too. I'm in Commerce Township, and there's a lot of rules and regulations. ... Bethel, New York, is a very upscale, swanky place. They didn't want a re-creation of Woodstock."

"They didn't want a re-creation of the 30th Woodstock, where they trashed the place," Carl says.

Michele says she tried to keep her event in the city as an ode to the Rock 'n' Roll Revival. Detroit's Belle Isle and Fort Wayne were both contenders, but fell through due to logistics and holes in communication.

"I was desperate and getting closer to where I needed to commit to an event space, and I had heard about this yoga group, Barefoot Yoga, [which] showed up and did their yoga festival at Proud Lake, and I thought this is beautiful," Michele says. "Everything about it was so evocative of a place to hold a Woodstock reunion. It's a feel-good place."

Michele says that Proud Lake offers an environment that calls to mind that of the original Woodstock. (Michele says she rode to the original Woodstock with Bonzo Dog Doo-Dah Band, adding "I was a little groupie back in the day.") The space offers a grassy basin surrounded by pine trees, a lake, and a stage. The festival will have yoga, drum, circles, and a "therapy goat" petting zoo. There will also be a display of psychedelic concert posters from artists Dennis Loren, Gary Grimshaw, Leni Sinclair, and Carl himself, who says that one could draw a straight line from Detroit's Grande Ballroom to Woodstock.

"We discovered iconic musicians. They were just starting out, they were brand new," Carl says. "Led Zeppelin played at the Grande on a Sunday, and there were only 35 people in the audience. Nobody knew who Led Zeppelin was. A couple of years later, all these bands are playing arenas with 5,000 people in them. But you have to remember the birth of that kind of music, psychedelic rock 'n' roll, happened in Detroit at the Grande Ballroom."

The Lundgrens note that many of the country's music festivals aim to be a "hippie fest." Just look at Coachella's monetized crocheted-flower-crown aesthetic, or the laid-back, open fields of Detroit's own Mo Pop festival. Michele says the saturated festival culture is derivative of the original Woodstock, and has been successful in drawing in families and younger generations.

"The hippie generation was unique to American culture," Carl explains. "There's never been in history a society that divorced themselves from the rest of society and appearance and lifestyle and all of the rest. It only lasted for a few years. But it made such an impact that it's still totally important today."

Though both Carl and Michele are proud to carry the torch (albeit a match-sized one) for the landmark concert event that spurred a revolution, Carl admits that nothing could ever hold a candle to the real deal.

"There is only one Woodstock," he says.

For now, Woodstock in the D is as close as we'll get.