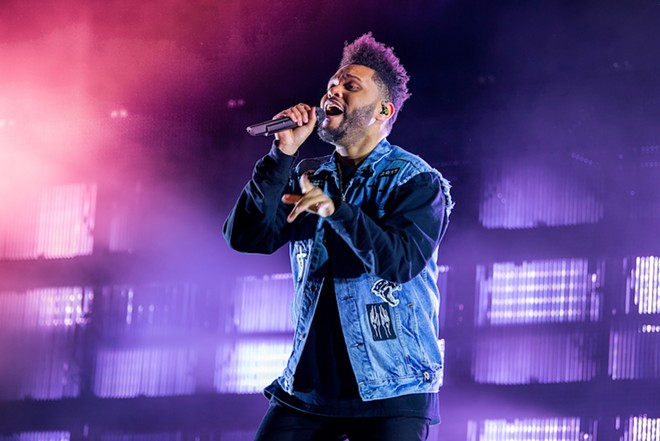 All we want to do is get our sad little fuck on. Is that so much to ask? Apparently it is.

Save your tears for, like, a few minutes from now until after you read the following announcement: notable Canadian sadboi and purveyor of sexy new wave-steeped pop tunes, the Weekend, will not be coming to Detroit in January, as previously planned, and we want to die.

OK, maybe we're being dramatic, but the Jan. 27 show at Little Caesars arena was a rescheduled date from the originally planned June 2020 date in support of last year's hit-packed After Hours which, despite being one of critics' favorite records from 2020, was not nominated for a single Grammy award.

Tour dates are moving and will commence in the summer 2022 pic.twitter.com/AgeWSy9k4d


Anyway, the Weeknd apparently needs more space to fit more thirsty ass people so he's moving the tour, renamed "After Hours til Dawn" in reference to his upcoming fifth record, The Dawn, from arenas to big ol' stadiums.

"Due to constraints of arenas and the demand for more shows I want to do something bigger and special for you which requires stadiums," the Weeknd wrote in a social media announcement.

Per the post, new dates are forthcoming and ticket holders will automatically receive a refund. Those with tickets for the January show will also be given priority to purchase tickets for the new set of dates.

In the meantime we will, once again, await the Weeknd. Let's hope it's worth it because goddammit we've earned it.