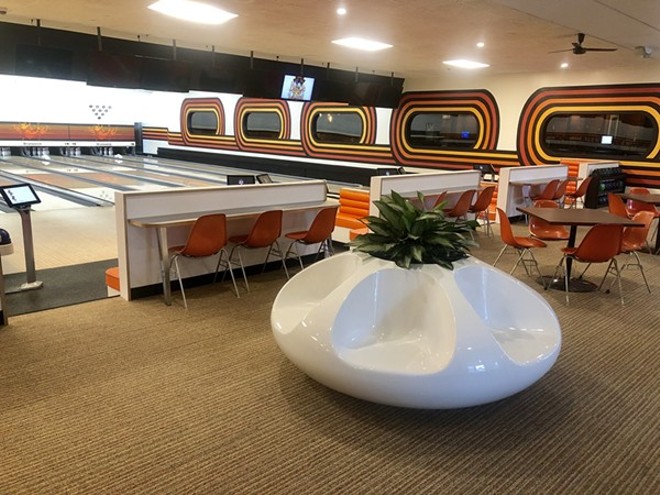 Beach Boys co-founder (and the band’s only actual surfer) Dennis Wilson made a lot of friends during his life, cut short by an accident in which he drowned at the age of 39. One of those, uh, friends, was cult creep Charles Manson (and it was the residence of Wilson’s friend, producer Terry Melcher's that served as the gruesome scene of the Sharon Tate murders).

Anyway, the only thing Detroit five-piece Friends of Dennis Wilson is guilty of is producing perfectly throwback psych-rock. The droning, rolling, sadistic acid trip that is the band’s 2018 release Space Maintainer will serve as the score for the recently rehabbed, totally ’70s-drenched Bowlero Lanes & Lounge, which is celebrating its grand opening.