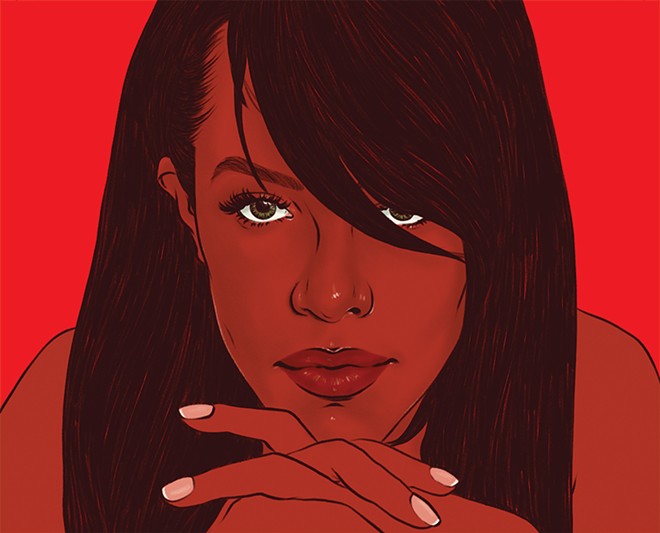 Illustration by Rachelle Baker
It's been 20 years since the late R&B star Aaliyah released her acclaimed final record — and her untimely death.

Congratulations are in order for Metro Times freelancer Imani Mixon, who earned third place, feature reporting for her 2021 cover story on the late pop star Aaliyah.

When I started as editor in chief of Metro Times, I saw that there wasn't much in our archives on the singer born Aaliyah Haughton, a graduate of the Detroit School of Arts whose rapid ascent into superstardom was cut short when she tragically died in a plane crash in the Bahamas in 2001 at age 22. I wanted to do something to commemorate the 20th anniversary of her death, and when Mixon approached me with the same idea, I knew the story was in excellent hands.

Mixon spent months writing her story, which coincided with an extraordinary moment in the singer's posthumous history. In the aftermath of her death, Aaliyah's music label dissolved, and as a result her hits from the era of CD sales and MTV music videos never migrated into the digital streaming era. For a long time her only available record was Age Ain't Nothin' but a Number, her collaboration with the controversial singer R. Kelly, who was charged with multiple counts of sexual assault of minors. It seemed like the singer's legacy was doomed to obscurity, or at worst being a footnote in Kelly's sordid history.

But then, weeks before the 20th anniversary of Aaliyah's death, her uncle Barry Hankerson made a surprise announcement that despite the wishes of the singer's estate, he was reviving his label Blackground Records and reissuing the rest of her catalog, including her groundbreaking work with producers Missy Elliott and Timbaland. Then, on Aug. 18 came another extraordinary headline: Aaliyah's name was spoken, for the first time, in federal court as an underage victim of Kelly's as part of his high-profile sexual abuse trial.

Mixon consciously chose not to get into the details of those splashy developments, and her story is better for it. Instead, she focused on Aaliyah's music and what it meant to be a fan, interviewing the singer's other collaborators and recalling what it was like to mourn the singer's death at a roller skating rink as a young girl. It's a heartfelt story, and the beautiful cover illustration by Rachelle Baker makes it even sweeter. 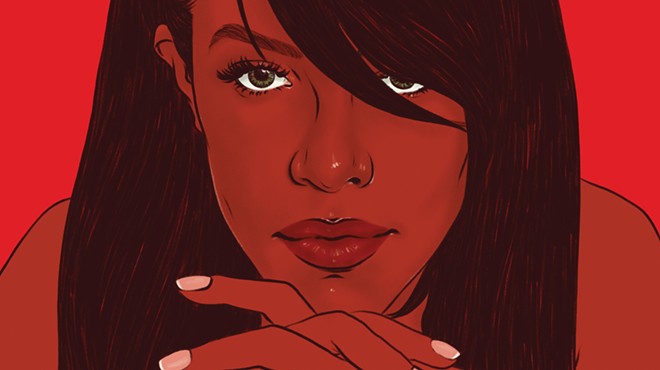