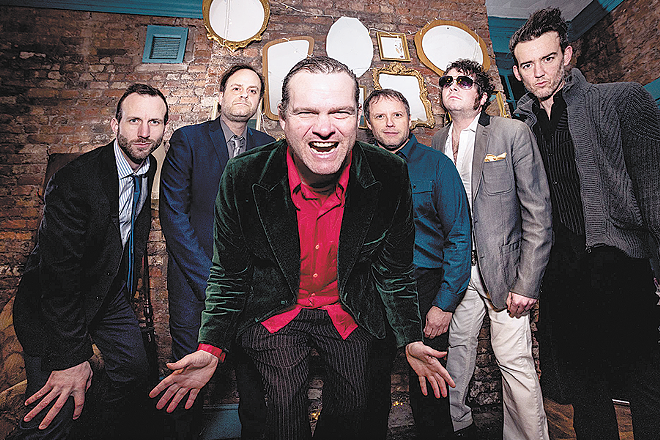 Courtesy of the band

This is a 20-year milestone double-whammy. Hamtramck bar Small’s and heavy-hitting rock band Electric Six were both founded in 1999, and both are now institutions in their own rights. Small’s celebrated its big 2-0 with a birthday bash last month. Meanwhile, E6 celebrated by doing the only thing it knows how to do: by releasing another record of high-octane rock ’n’ roll. The band released its 14th (!) studio record, Bride of the Devil, last year, and it might be its most political record yet.

Well, sort of. “The title track, a radio anthem, is where it all becomes clear that The Devil is a metaphor for Russia, and the United States is the young girl who is seduced, corrupted, and wedded into a Satanic covenant with the Beast,” a press release for the record reads. “It’s all there in black and white.” The band is making a Hamtramck stop as part of its “Russia, If You’re Listening Tour.” DaveTV, described as “a nostalgic video and audio dance music experience from E6 guitarist Da Ve” will start things off, and the night ends with Thirstwave, Small’s long-running alternative dance party.