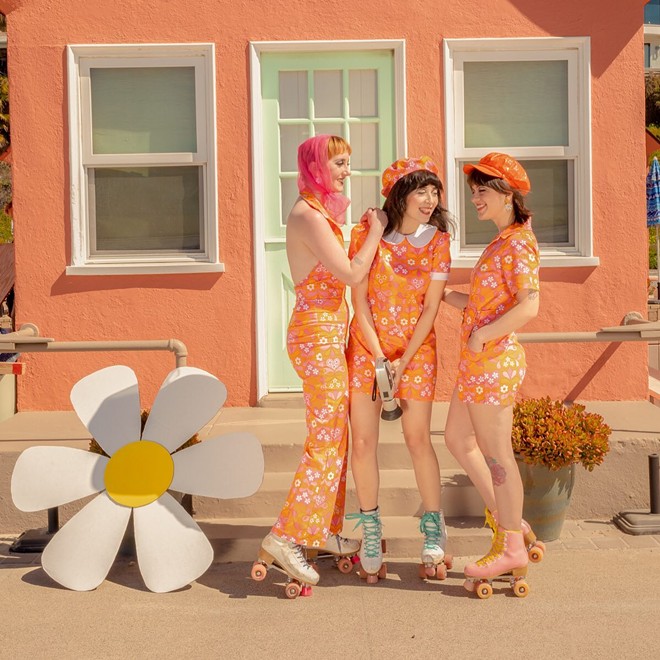 Photo by Sophia Carrasco
Shadow Show returns to the stage on July 10 at Outer Limits Lounge.

Ava East, Kate Derringer, and Kerrigan Pearce are not letting the woes of 2020 — a year that was absolutely primed to be their year — keep them from living their grooviest, most shagadelic, and totally mysterious lives.

After being named one of Metro Times’ Bands to Watch, the trio better known as Shadow Show was preparing to embark on a tour (and a SXSW festival performance) in support of their debut record, Silhouettes, when, well, the world went to shit. Oh, and their U.S. label, Burger Records, shuttered following sexual-misconduct allegations against the label’s staff and artists. Instead of throwing in the towel, Shadow Show laced up their skates, dusted off their flared jeans, and wrote and recorded their second record.

In true Shadow Show fashion, the trio has also collaborated with Detroit-based Old Soul Vintage to launch the band’s Charades capsule collection and — yes, there’s more — were adopted as muses for the L.A.-based vintage and up cycled clothing brand Miracle Eye.