25 movies that were made in Michigan

Even before former Gov. Jennifer Granholm launched a tax incentive program to entice Hollywood to make films in Michigan in 2008, a number of movies were already made in the Great Lakes State — we have an authenticity here that you just can't replicate in a studio. But things really took off after the program, which was then the most generous in the country, kicked in. For a few years, A-list actors and directors were routinely spotted on sets across the state, and the productions helped spur auxiliary businesses (and even land some locals as extras).  That all ended when former Gov. Rick Snyder pulled the plug on the program in 2015, citing budget concerns. Whether Gov. Gretchen Whitmer will bring the program back remains up in the air, but for now, here's a look at some of the most notable films to be made in Michigan. 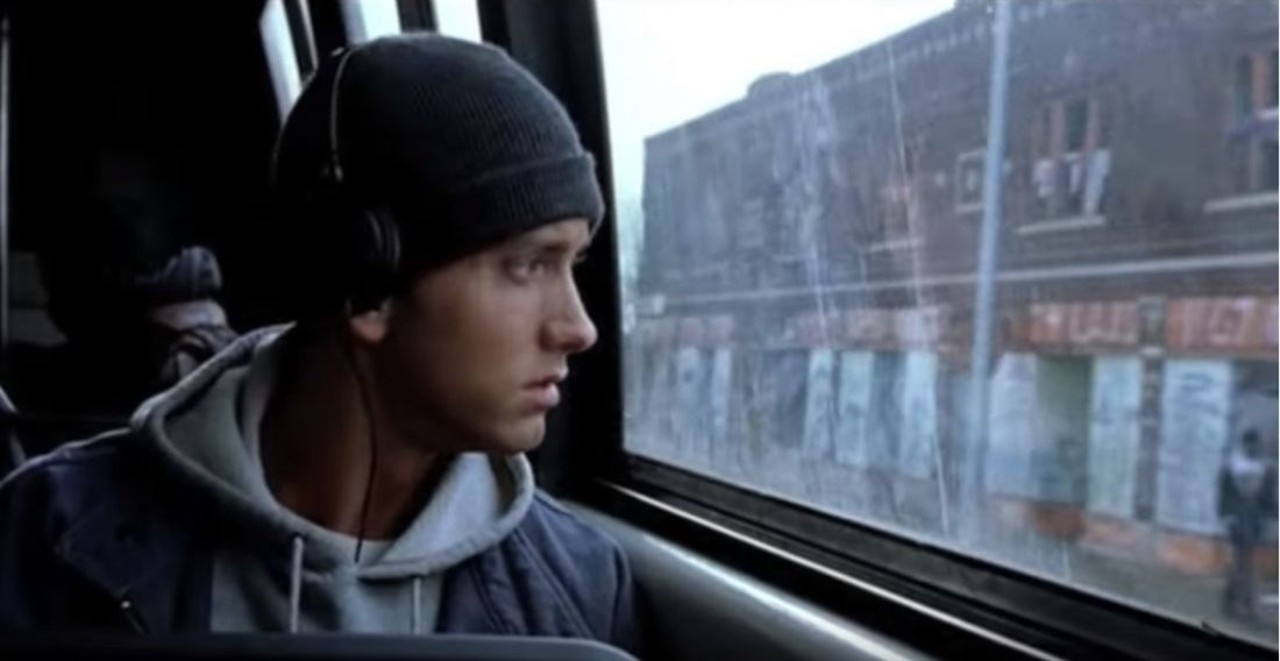 Kudos to Eminem for convincing Hollywood to film this thinly veiled quasi-autobiography about his rise in Detroit’s hip-hop scene in the place where it all went down. (“Filmed on location in the 313” as the ending credits proudly proclaim.) Not only does the movie feature a number of notable Motor City locations (peep the Michigan Building’s ruin porn parking garage and a glimpse inside the long-demolished Chin Tiki), but it also brought colorful local characters like Miz Korona, Proof, and Obie Trice to the big screen. Fun fact: The rap battle scenes at the Shelter were not shot at the real Shelter, but rather a re-created set elsewhere in Detroit.

Written and directed by Clint Eastwood, who also stars in the film, Gran Torino drew praise for its Motor City setting, with The New York Times describing it as “a sleek, muscle car of a movie made in the USA, in that industrial graveyard called Detroit.” The script was originally set in Minneapolis, but was rewritten to take advantage of Michigan’s then-new tax incentive program for films. For the most part it works, as Eastwood’s Walt Kowalski is a retired auto worker who befriends a Hmong family, and metro Detroit has a sizable population of that Asian culture. One line sticks out as inaccurate though, when Kowalski asks for season tickets for Detroit Lions games. Everyone knows Motor City Kitties games never sell out. 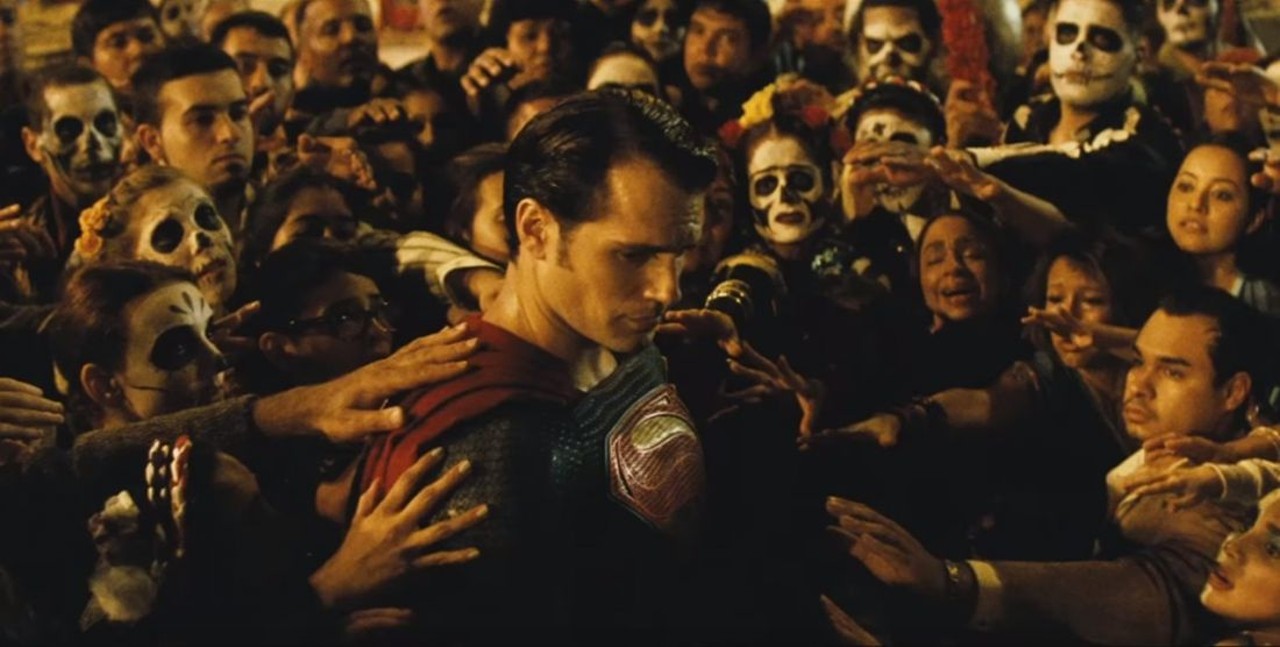 The biggest film project ever to be filmed in Michigan, in Batman v Superman Detroit locations serve as the backdrop for the fictitious cities of Batman’s gritty Gotham and Superman’s sleek Metropolis (as well as Washington D.C. and Mexico for good measure). Some of the notable locations include the Detroit Public Library Main Branch, the Hygrade Deli (rechristened “Ralli’s Diner”), the Ransom Gillis House, the Old Wayne County Building, the Russell Industrial Center, and Michigan Central Station, among others. (You can learn more about Batman v Superman’s Detroit locations in this Detroit Free Press article.) 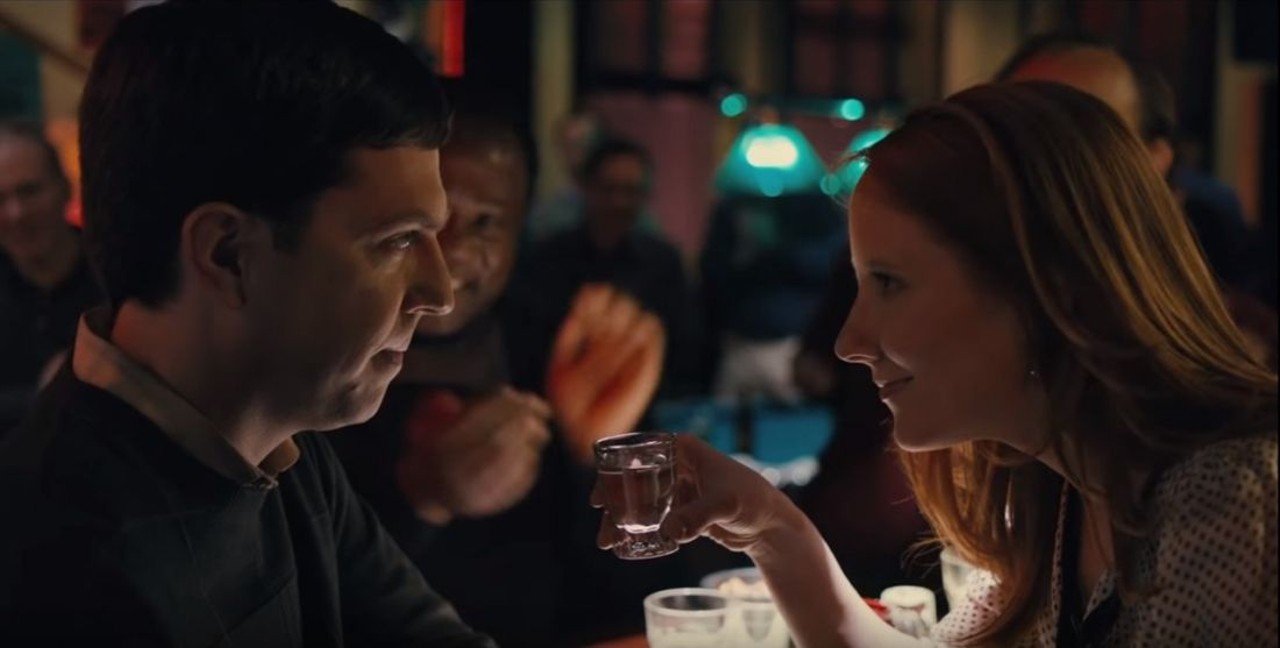 Set in titular Cedar Rapids, Iowa, the production was reportedly moved to Ann Arbor only after Iowa failed to cough up a tax incentive. This dark comedy stars Ed Helms as a naive insurance agent who goes to Cedar Rapids for an industry convention; John C. Reily is also in the film. 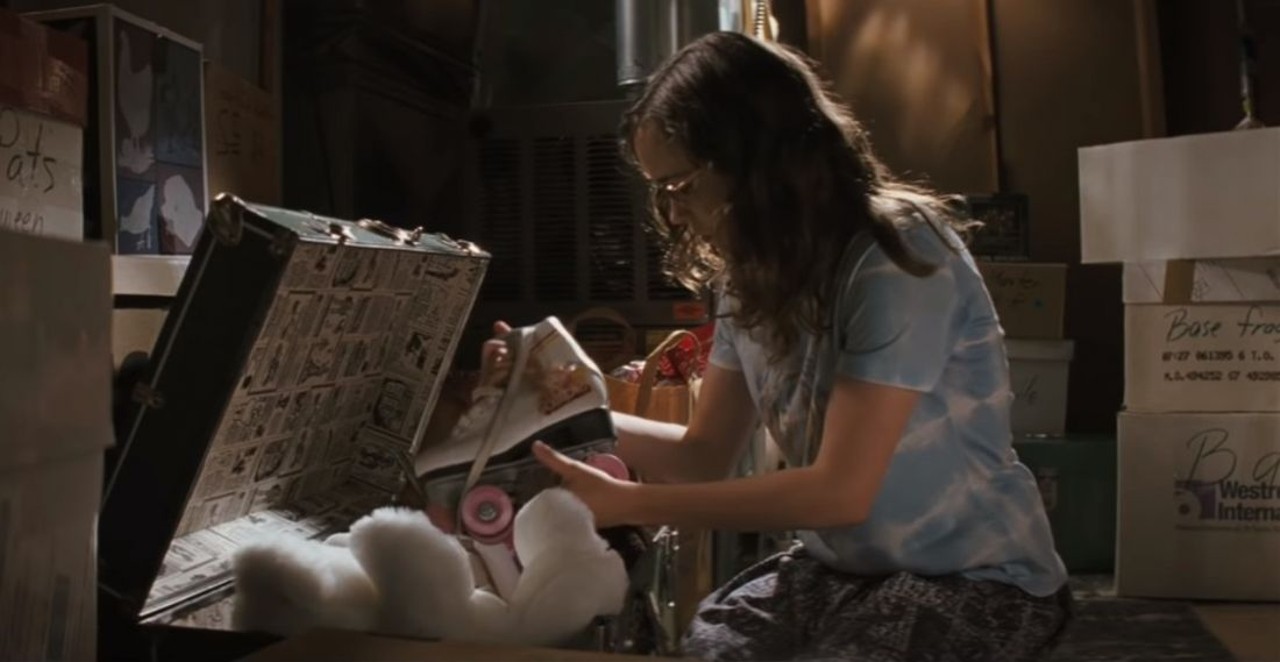 Drew Barrymore’s directorial debut stars Ellen Paige as a newbie to the high-impact world of roller derby. Though set in the fictional town of Bodeen, Texas, the movie was filmed in Michigan thanks to those tax incentives, with locations including Detroit, Ypsilanti, Ferndale, Hamtramck, Saline, and Birch Run. Since Detroit has a strong roller derby community, real players were picked from local teams like Detroit Derby Girls and the Grand Raggidy Roller Girls to lend the film authenticity. 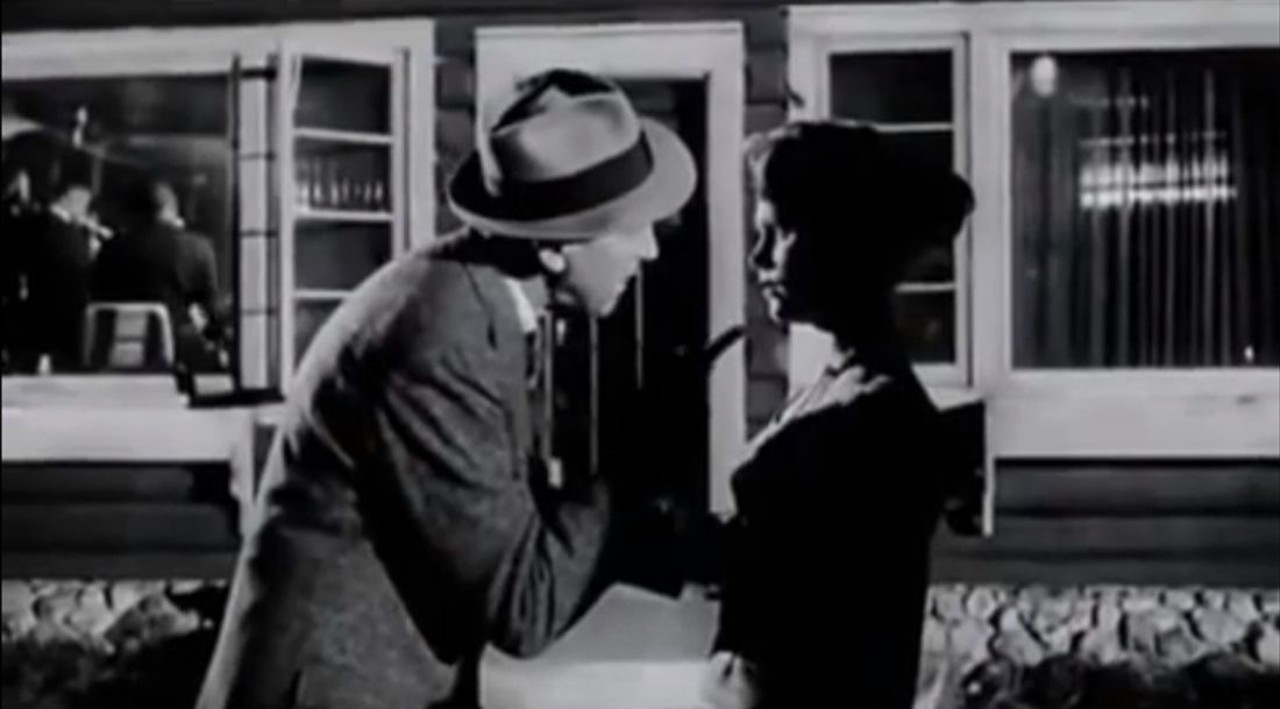 Based on the eponymous 1958 novel by Michigan Supreme Court Justice John D. Voelker (written under the pen name Robert Traver), Anatomy of a Murder tells the story of a 1952 Big Bay murder case in which Voelker served as the defense attorney. The movie was shot in and around Michigan’s Upper Peninsula, including Big Bay, Marquette, Ishpeming, and Michigamme. The attention to authenticity paid off: Law professor Michael Asimow called it “probably the finest pure trial movie ever made.” The James Stewart-starring movie had its world premiere on July 1, 1959, at the United Artists Theater in Detroit.

Though set in the fictional Woodsboro, Calif., the fourth and final installment of the horror franchise was filmed primarily in and around Ann Arbor. Scenes set at the “Woodsboro High School” featured in the original Scream were shot at Dearborn’s Woodworth Middle School in Dearborn, and Livonia’s former 16th District Court serves as a police station. Northville’s Next Chapter Bookstore Bistro also makes an appearance in the film, and even provided food for a scene.

Directed by Royal Oak native Sam Raimi, this Wizard of Oz sequel was shot in Michigan, though you won’t be able to tell; the movie was made at Raleigh Michigan Studios in Pontiac using a mix of sets and computer-generated imagery to create Oz’s fantastic settings. The movie, which stars James Franco, Michelle Williams, Rachel Weisz, and Mila Kunis, premiered at Royal Oak’s Emagine Theater. 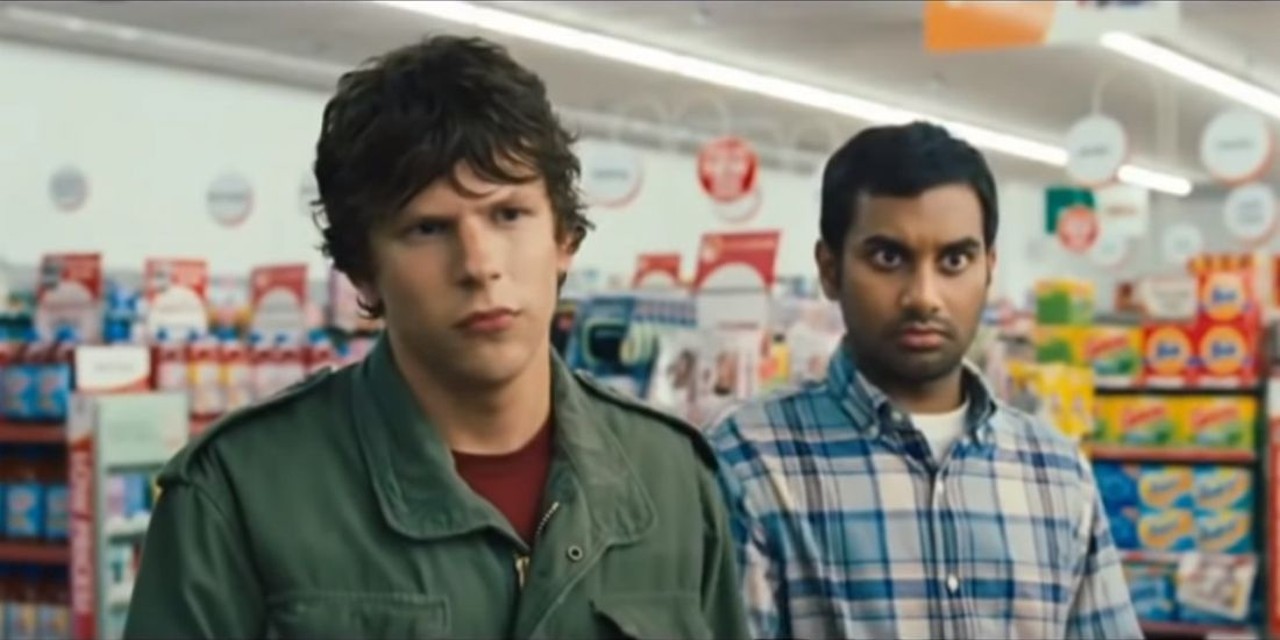 Set in Grand Rapids, this flick stars Jesse Eisenberg as a stoner pizza delivery guy who has trouble completing the company’s “30 minutes or less” delivery guarantee. He soon gets involved in a cockamamie scheme in which a couple of crooks strap a remote-controlled bomb to his chest, which they will detonate unless he robs a bank within 10 hours. The bank robbery scene was filmed in the vacant Ludington State Bank building in Ludington. 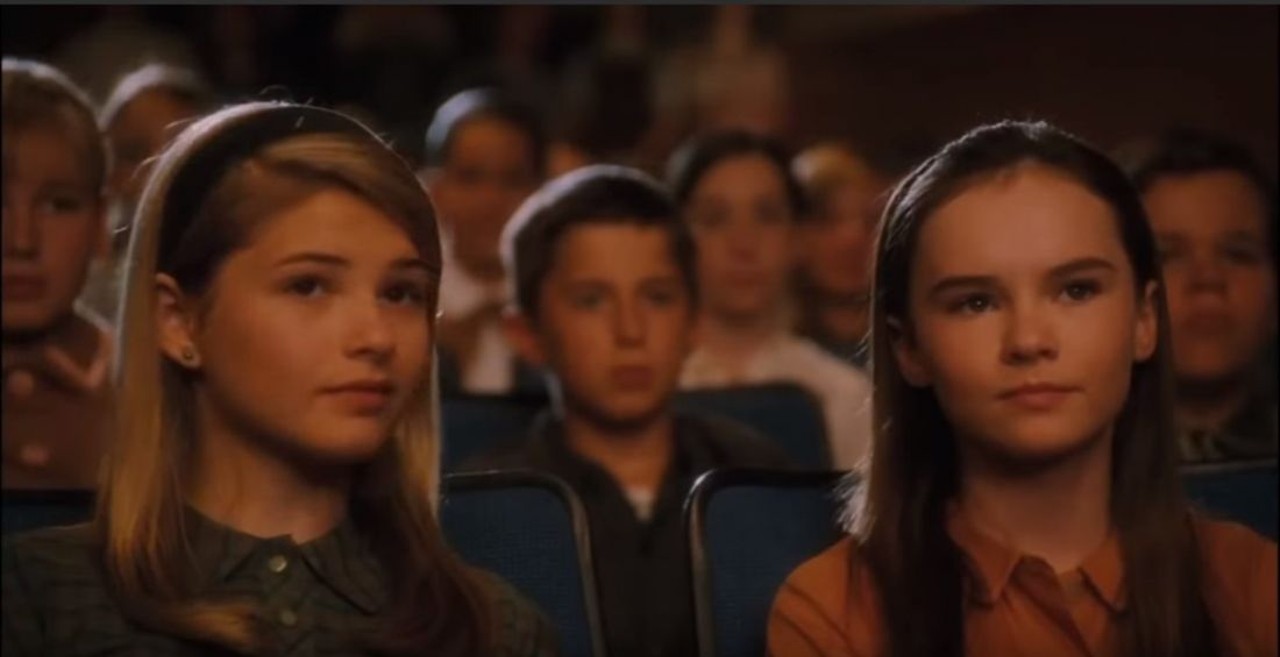 Based on a 2001 young adult novel of the same name, this movie was filmed in Ann Arbor, Saline, and Manchester, with a temporary house built in the Ann Arbor’s Thurston Nature Area. Though the book takes place in the late ’90s, the movie’s setting was changed to the early 1960s.