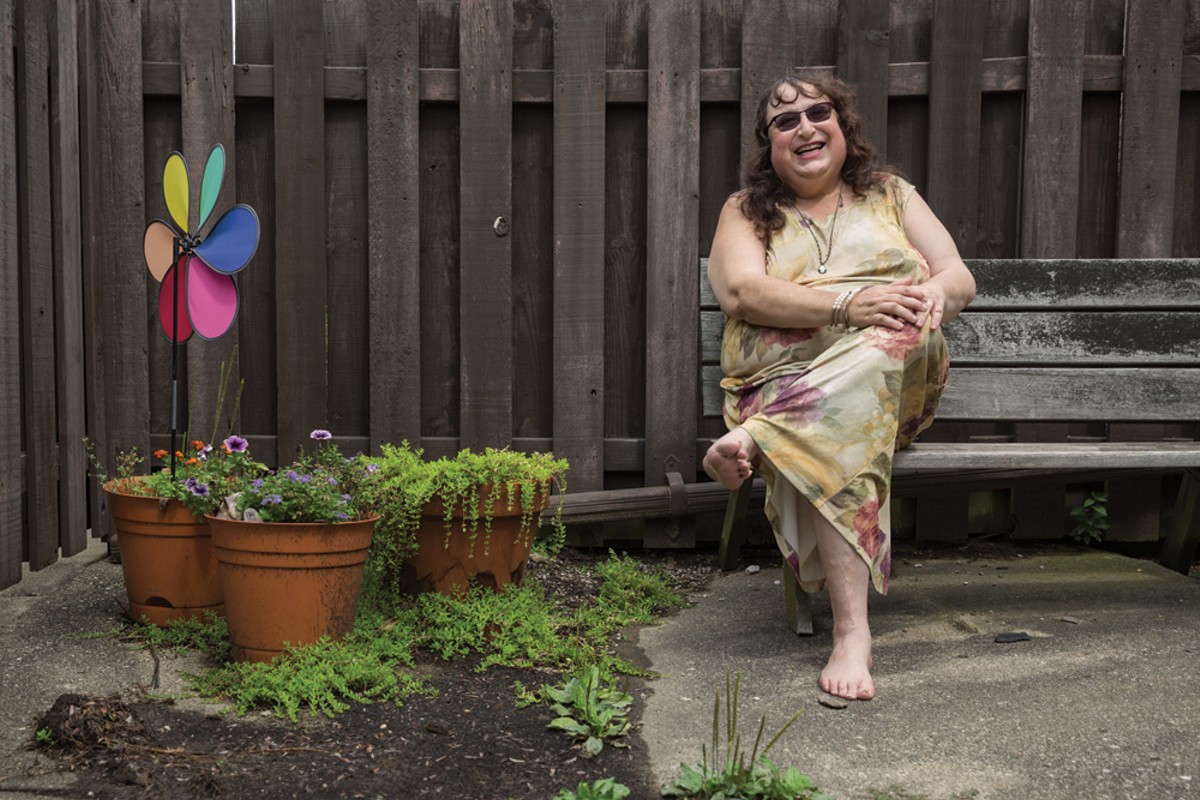 Rachel Crandall-Crocker was born into a normal Michigan middle class family in 1958. Her father was a CPA and her mother stayed home with the kids. The only problem was Rachel was born a male.

At just 4 years old, she says she knew something wasn't right. But, it was the '60s and when Crandall-Crocker told her parents she was a girl, they were horrified. For the next 38 years she lived as a cisgender man, all the while feeling trapped by both her body and society's expectations.

While living as a man, Crandall-Crocker went to school, became a social worker, married, and settled down in Okemos. It appeared she'd built a beautiful life, but when she was all alone, she'd secretly cross-dress. She tested the waters, leaving the house while dressed as a woman, and things began to snowball.

Once she found a transgender organization, Crandall-Crocker knew there was no turning back. She came out to her parents and her wife, and their relationships fell apart. She started wearing a little makeup and growing her hair out and her boss fired her.

Months after losing her closest personal relationships and her job, Crandall-Crocker's finances were in disarray, she no longer had a home, and she struggled to figure out the next steps in her transition. It was 1997, and few all-encompassing organizations existed to assist trans people seeking hormone treatments or to offer advice on a legal name change.

Having a social work background, she had some expertise in working with therapists and doctors and eventually found the help she needed, but not before hitting rock bottom — and contemplating suicide.

But, instead of ending her life, Crandall-Crocker decided to take another course. She started volunteering with the transgender organization that first encouraged her to come out. Then she organized a group at Michigan State University, observing the attitudes and beliefs of other transgender people, and becoming more conscious of the needs in her community.

She started making pamphlets and had an information table at local events. She started a website. And the culmination of those things became Transgender Michigan, an organization Crandall-Crocker founded long before many acknowledged the T in LGBT.

Through Transgender Michigan, Crandall-Crocker offers all kinds of services to the trans community. Now a licensed therapist, she offers counseling to those hoping to come out or continue their transition, as well as parents and teachers who want to help a transgender child.

The already misunderstood and highly marginalized community came under further attack when Donald Trump tweeted about his hope to ban transgender people from serving in the military. Crandall-Crocker spoke at a Royal Oak rally to protest his efforts, and despite her normally mild manner, she seemed to have erupted in front of the crowd.

Alysa Zavala-Offman is the managing editor of Detroit Metro Times. She lives in the downriver city of Wyandotte with her husband, toddler, mutt, and two orange cats.
More
Scroll to read more The People Issue articles
Join the Metro Times Press Club