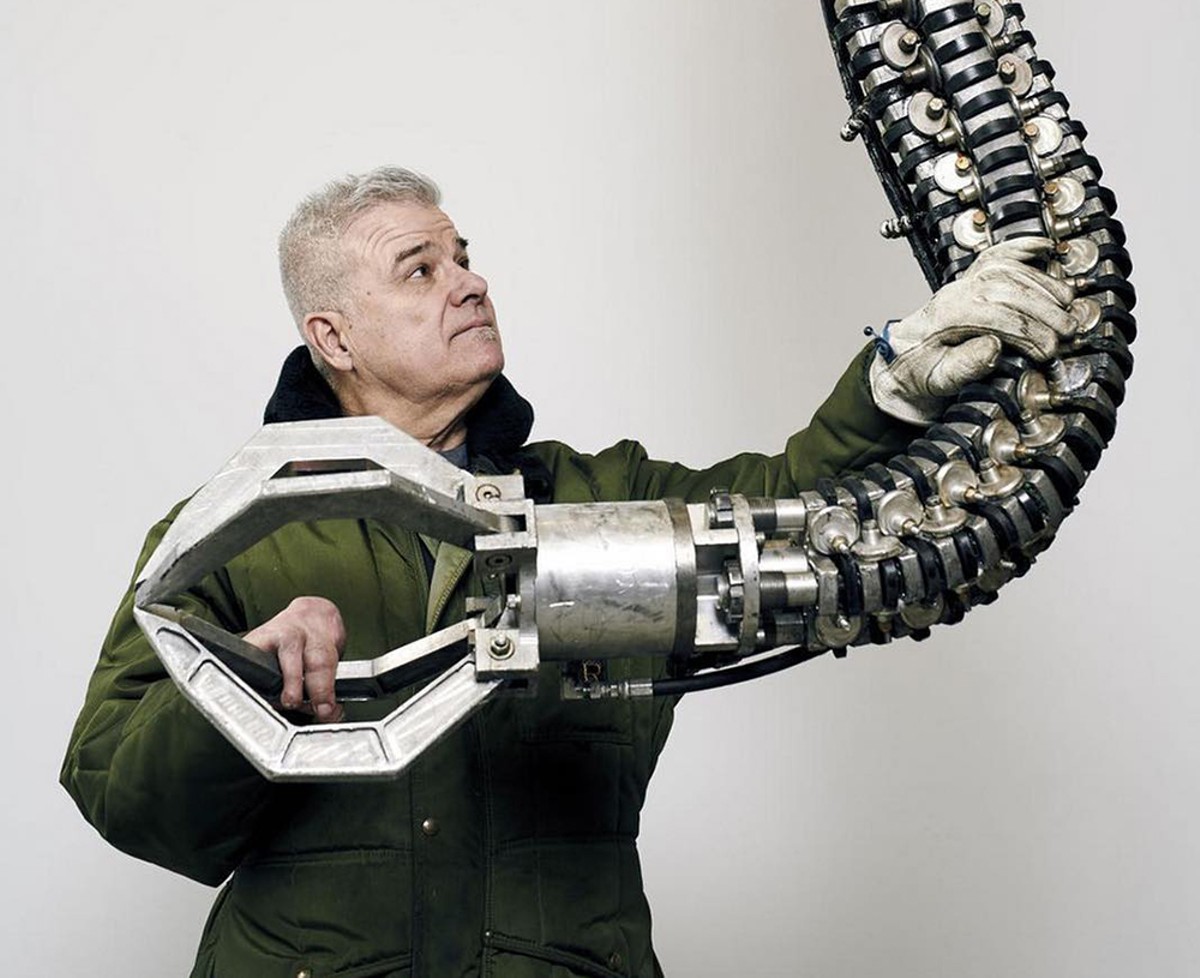 Mark Pauline wanted to be a rebel — so he created his own corporation.

However, Pauline's Survival Research Laboratories isn't a typical corporation. It doesn't make any sort of commercially available product, nor does it serve any real, practical purpose. And while the Bay Area-based Pauline is fond of using the word "disrupt" to describe his work, he's not aiming to do it in the Silicon Valley tech-startup sense of the word.

Instead, SRL delivers "dangerous and disturbing mechanical presentations since 1979," according to the company line. A cross between sculptural art and theatrical performances, SRL builds truly terrifying multi-ton massive machines that Pauline wheels into public spaces, where they'll do anything from shoot flamethrowers or destroy each other with giant claws.

"It's taking commercial technology and finding the entertainment value in it," Pauline says. "We're just doing it because it aggravates the people we don't like."

Pauline says the project grew out of a fascination with using "corporate-level tools, tools that an individual wouldn't have — big, huge machine tools." After high school, he worked as a machinist, servings stints as a welder in the Santa Barbara oil fields and working for subcontractor that developed target robots for an Air Force base. However, he says the fascination made way for a growing unease following the 1969 Santa Barbara oil spill and the continued carnage of the Vietnam War.

"I was like, 'I'm contributing to the problem,'" he says. "And so I just decided I loved the technology, but I really didn't like the military aspect, and I didn't like the commercial aspect. I found I just didn't believe in any of the reasons why people said these things were getting built."

Instead, Pauline went to college to study visual arts, and eventually found his way to 1970s San Francisco, where he started SRL. Since then, Pauline and a fluid collective of volunteers have created and deployed SRL's army of robots, which they've used in dozens of performances around the world.

"Essentially, the shows are an illustration of something impossible on some level," Pauline says. "That's the goal, is to have [the machine] like it landed on the planet from another dimension, and it shouldn't be there, but it is and it's functioning."

SRL garnered a following thanks to the shows' sense of danger and gleeful carnage, and Pauline earned a reputation for his willingness to push boundaries. (In 1982, he lost most of his right hand during an explosion while experimenting with rocket fuel.) Andy Warhol was reportedly a fan, as is former Mythbusters host and professional pyromaniac Adam Savage.

That's why Pauline will be in Detroit next month. He's not bringing his giant machines, but he is set to speak on a panel on Thursday, Oct. 11 as part of Culture Lab Detroit's programming at the Senate Theater. The theme of the panel is "The Aesthetics of Tomorrow," where Pauline will be joined by other forward-thinking artists and designers, like architect Eyal Weizman and conceptual artist Anicka Yi. (Peter Weller, art historian and lead actor of 1987 Detroit sci-fi classic RoboCop, will also be on hand; the theater will host a free screening of the film at 8 p.m. the previous day.) The event will be moderated by Chicago-based curator Yesomi Umolu.

"I'd always been kind of an adherent of futurism, even when I was a teenager," Pauline says. "I was always kind of in that zone, always trying to be ahead of my curve."

Leyland "Lee" DeVito grew up in the suburbs of Detroit, where he read Metro Times religiously due to teenaged-induced boredom. He became a contributing writer for Metro Times in 2009, and Editor in Chief in 2016. In addition to writing, he also supplies occasional illustrations. His writing has been published...
Scroll to read more Fall Arts Guide articles