The soul group will perform with soul songstress Gladys Knight 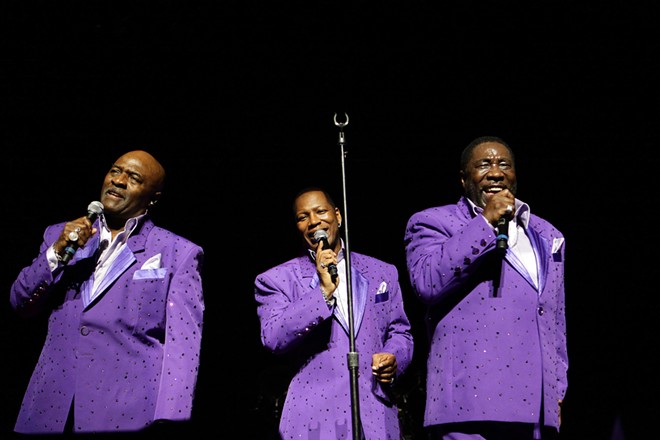 People all over Detroit, join hands. Legendary R&B and soul group the O’Jays are bringing their farewell tour to Detroit this weekend.

"The Last Stop on the Love Train" tour will be pulling into the Aretha Franklin Amphitheatre on Friday, July 29.

The trio announced the tour back in May. Lead singer Eddie Levert told Vibe magazine his plans were to retire without a tour, but later changed his mind. “I was thinking that I would quietly retire, but our fans and my body weren’t having it,” he said. “The love and physical benefits of performing keeps us on the younger side of our age.”

The O’Jays won’t be coming alone. Joining the OJays on stage is soul songstress Gladys Knight.

Doors open at 8 p.m. on Friday, July 29 at the Aretha Franklin Amphitheatre, 2600 Atwater St., Detroit. Tickets begin at $54.50 and are available at ticketmaster.com.