‘The Hunt’ should have stuck to its guns 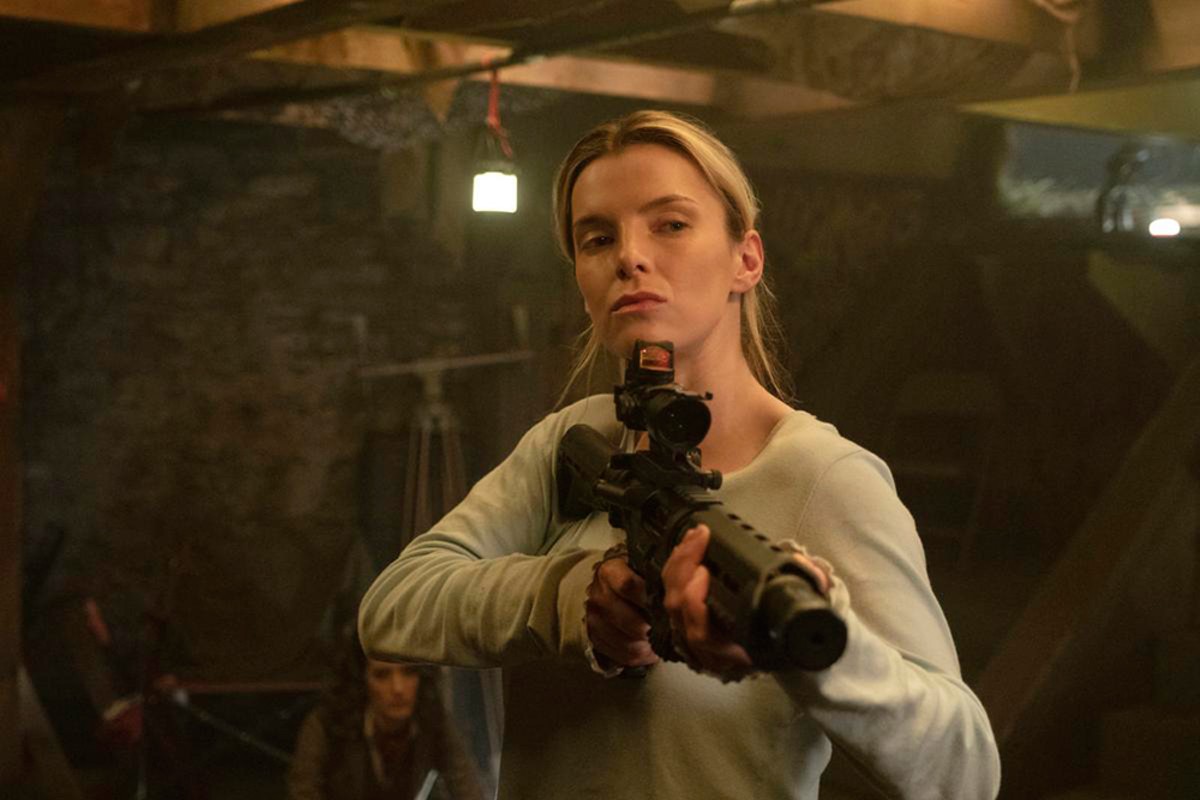 The hunters become the hunted: Betty Gilpin as Crystal in The Hunt. Patti Perret/Universal

With a news cycle that's become a constantly churning miasma of scandal and calamity, you've no doubt forgotten the mini shit tornado of faux outrage that accompanied The Hunt last fall — a swirl of fake controversy that led to the film being shifted into the cinematic dumping ground of late winter before anyone had even seen it. The premise, wherein wicked liberal elites round up some blue-collar MAGA fans to use as living target practice, caused right-wing radio and cable news fatheads, Reddit threads, and even the Twitter Troll in Chief to blow a gasket and demand revenge against all lefty Hollywood weirdos. Universal blinked and temporarily shelved the flick, though in retrospect they probably should've just tossed it into the recycling bin.

On the surface, this is a barely passable remix of the survival horror formula. But screenwriters Damon Lindelof (Lost, Watchmen) and Nick Cuse have laden it with so much painfully obvious and pointedly ridiculous political talking points that they've rendered it a flabby parody that fancies itself a sleek satire. The setup, with snooty progressives making a game out of slaughtering working-class "deplorables," is basically an inverse of the theme of The Purge franchise (where religious reactionaries control society), but it's never as smart a take as the glib filmmakers think it is.

The portrait of NPR-listening, caviar-eating, social-justice warriors as bloodthirsty monsters involves tragic leaps of logic and is undercut by their prey being not relatable humans, but essentially redneck stereotypes of gun-loving heartland morons. The concept is basically like a nasty internet comment thread, but armed to the teeth with assault rifles and explosives, which sounds more fun on the page than it is up on the screen.

After a particularly gory bit of business on a private jet, the movie gets rolling, with 12 seemingly random people, clad in trucker hats, bad tattoos, and excess flannel, wake up in a field, ball-gagged and confused. There's a few familiar faces in the mix of cannon fodder, like Emma Roberts as a bottle-blonde Tomi Lahren clone, and Ike Barinholtz as a lumpy Second Amendment enthusiast from Staten Island. The movie gleefully burns through cast members, offering up a string of potential heroes, only to see their heads explode in a red mist or their limbs scattered by a landmine. In one absurdly gory sequence, a poor soul gets impaled, blown up, and impaled again before calling one of her fellow victims a "snowflake" for hesitating to finish her off.

After roughly 30 minutes of fake-outs and carnage, the movie settles on Betty Gilpin (Glee) as Crystal, a rental-car clerk turned prototypical "Last Girl" who has the grit, moxie, and smarts to take the fight back to her shadowy predators. She also has super heroic combat skills, explained away with one line of dialogue, which qualifies as rich character development in this shallow script. The precious little backstory we do get for her makes Crystal the only remotely likable player in the game, and Gilpin herself makes for an appealing heroine, drawling her way through snarky blow-off lines with charm and ably handling the fight choreography. She's so good, in fact, that you long to see her in a better vehicle, one that isn't busy tripping over its own ideas while trying to make a point.

The "in your face" tone of the action works against the comedy, which is mostly flat, only sporadically hitting the target. In one mildly amusing bit, a couple of graying hippies argue over cultural sensitivity and the appropriate nomenclature to use to refer to a minority group, while standing over the corpses of strangers they just murdered. I also giggled when bulky character actor Ethan Suplee (My Name Is Earl), playing a paranoid, tin-foil-hat Alex Jones-style conspiracist, declares, "I have a podcast, I know things!"

Far too often, the gags flop, and the desire to depict only the most extreme attitudes of right and left creates a grotesque lampoon of both ideologies. Perhaps Lindelof and company were attempting to be evenhanded in spreading the blame around for our currently toxic politics, but good satire needs to pick sides and, excuse the pun, stick to its guns.