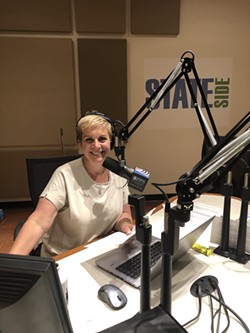 It was around this time in 1979 — about this week, in fact — that Cynthia Canty was driving down the Southfield Freeway in the middle of the night, questioning her sanity. Canty was seriously considering giving up her promising, high-profile position at the local American Cancer Society chapter to begin doing overnight newscasts at Detroit religious radio station WMUZ.

Had it not been for Roger Daltrey, her own story might have had a dramatically different ending.

"I was terrified," remembers Canty, arguably the world's No. 1 Daltrey fan. "I was learning on the job at 2 o'clock in the morning. I had to get pumped up, so I drove there listening to The Who playing 'Who Are You' because I was so freakin' scared. Their whole swagger — that was my 'pump up' song.

"Roger and Pete [Townshend] got me to the station every night for quite a while, until I started to relax and think, 'Well, maybe I can do this.'"

Maybe she could, at that. Today, Cyndy Canty, who went on to forge an outstanding, multifaceted 40-year career on both radio and television, all in southeast Michigan, is in the middle of her last week before walking away on her own terms.

On Friday she'll deliver her final broadcast as the host of Stateside, the weekday newsmagazine and interview series she helped create seven years ago for Michigan Radio. Based out of Ann Arbor's WUOM-FM (91.7) on the University of Michigan campus, the 3-4 p.m. program is also heard statewide over a network of NPR stations in Grand Rapids, Flint, Interlochen, and online at michiganradio.org.

"Cyndy Canty's impact as host of Stateside these past seven years can't be overestimated," says Steve Schram, Michigan Radio executive director and general manager. "Her expertise and ease of leading interviews on issues important to the citizens of Michigan has earned the program a loyal following. We are proud and privileged to have enjoyed her leadership."

If you're not a loyal NPR listener, you might remember Canty from her time as a reporter and anchor for Channel 50's old Ten O'Clock News. Or her years of trading witticisms with Jim Harper and his caravan of co-hosts on WNIC-FM. Or "Magic" WMGC-FM. Or the short-lived, sassy ("It's cool and you know it") WDTX-FM. You might even remember her from WMUZ.

However, with Stateside, Canty found a vehicle that showcased her full array of impressive, engaging broadcast and interviewing skills, a creation she helped give birth to. In theory, she could have remained Stateside another decade, or as long as she wanted. So why retire now?

She just felt it was time to Cork it.

"I had a moment of revelation as we were flying back this past May from our cottage in Ireland," she explains. "I'm married to a lad from Cork," she says, referring to Sean Canty, whom she met in college while studying abroad. "We bought our cottage in April of '97 and every time we go it tears me apart to leave. We land, two weeks fly by, back on the plane. I said to Sean, 'Just once I want to be there long enough where I'm actually ready to go back.' 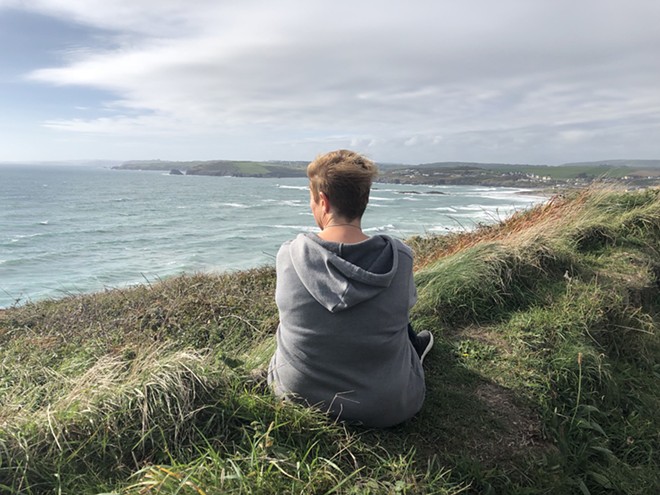 "At the same time, I had in my mind this 40-year mark, and it all clicked. It's been gorgeous. They've been wonderful here. How many people in my business get to decide when it's time to leave, and with the best wishes of everybody they work with? But I've got my health, I've got this piece of heaven on a hilltop in West Cork, so it's like the cherries all lined up in the slot machine."

Canty has sacrificed for her art. In order to conduct her nearly 7,200 interviews on Stateside, she commuted 90 minutes each way to Ann Arbor from her home in metro Detroit, mostly on that corridor where time goes to die known as US-23. The drive became so onerous that for three-and-a-half years Canty rented a room in a house six minutes from the station, where she would stay Monday through Wednesday nights. "I would cry every Sunday night as I packed my little suitcase," she recalls.

Even with her part-time rental, Canty estimates having driven 144,000 miles to work during her time on Stateside. Which shouldn't surprise those who have worked with her over her career, like legendary Detroit newscaster Amyre Makupson, her former Channel 50 stationmate.

"She's one of the hardest working people I've ever met," says Makupson, "and obviously it paid off because she was good at everything. She could write, field-produce, anchor, report. And it was obvious she loved what she was doing, and had confidence and faith in what she was doing. She was known as a radio person, but she easily adapted to television. Smooth as silk."

Adapting has been her key to success. The Detroit native wanted to be a doctor — or a nun, or both — until scoring a "D" in organic chem lab and discovering boys at the University of Detroit. She went on to land a job as a health educator for the American Cancer Society, where she received the phone call that changed her life.

"I remember it to this day," Canty says. "My boss called me one night and said, 'Listen, I'm supposed to be on this talk show on Channel 7 and I can't make it. Will you do it?' The show was called Soundings, and it aired at 3 a.m. and 6 a.m. Sunday mornings. I went in, sat down, did the show, and afterward the host said to me, 'You're really good at this. You should consider getting into the business.'" Eventually, that encouragement led her to the employee entrance at WMUZ.

As she reflects, "I'm going to miss that ticket to talk to really creative people, significant people, people who move me," Canty says. "One of my favorite stories from Channel 50 was one I pitched in 1991 called 'Voices of the Homeless.'

"It was coming up on Thanksgiving, I would see familiar faces as I did stories in and around the Cass Corridor, and I wanted to do something that said to viewers in their warm houses, 'These people are no different than you.' How many of us could go without a few paychecks and survive? I think that was setting me up to do the kind of stories we've done on Stateside. It really woke up my social consciousness."

Michigan Radio has found Canty's successor. April Baer, host of the weekly show State of Wonder on Oregon Public Radio the past six years, will take over Stateside beginning Jan. 6. Baer has Midwest roots: she's an Ohio native, and her husband, Ryan, grew up in Ann Arbor, causing her to visit Michigan annually the past 13 years.

"The first time I saw her was when the press release went out with her picture on it," says Canty. "They needed to make their choice without worrying about whether I was happy with it or not."

This Friday, "I will end my last show talking with her, letting the audience get to know her. I'll pass that torch on, get in my car, and make that last long drive along US-23."

Jim McFarlin, former media and entertainment critic for the Metro Times and The Detroit News, is an award-winning journalist whose work has appeared in People, USA Today, Black Enterprise, HOUR Detroit, and many other publications. His latest book, The Booster, about the decline and fall of U-M’s Fab Five, is...
More
Scroll to read more Culture articles
Join the Metro Times Press Club