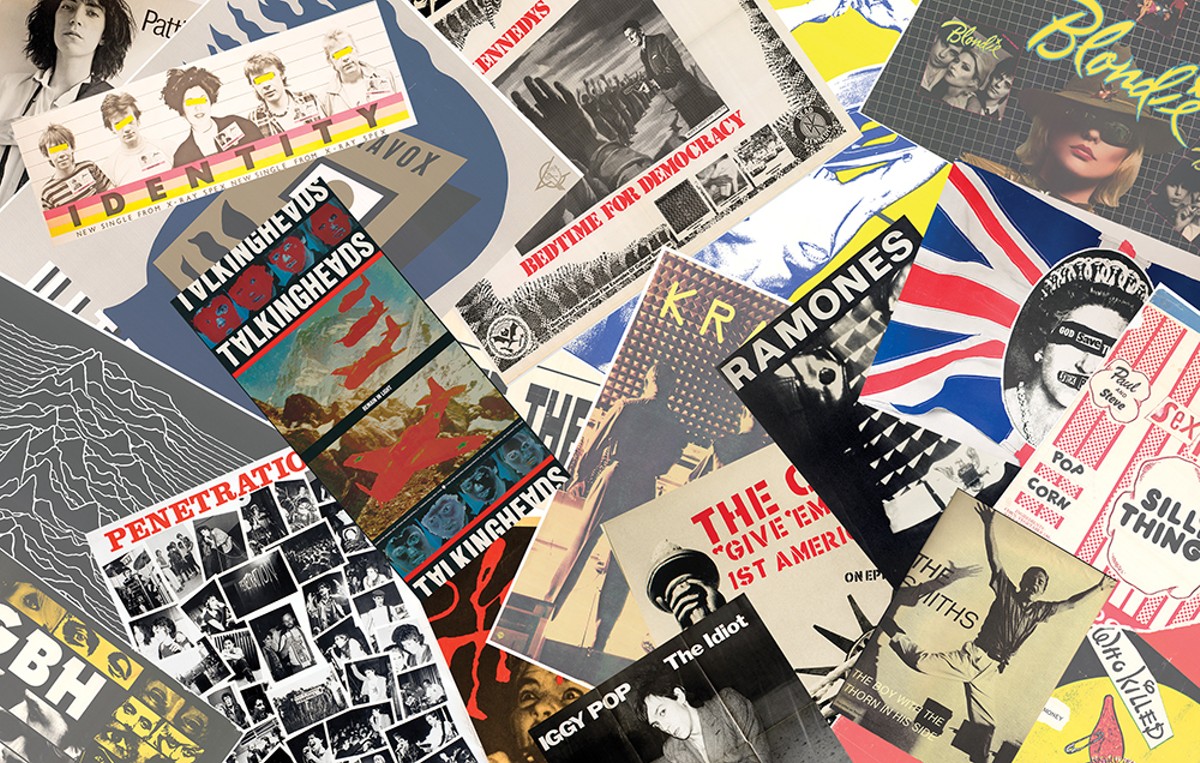 As Cranbrook Art Museum director Andrew Blauvelt points out, the Latin root of the word "amatuer" is "love" — and that's the spirit behind two upcoming shows at the museum, which delve into the visual world of punk rock ethos.

"If you're a graphic designer or nerd like I am, you'll understand punk, because it was based on amateurism, which I'm saying in a positive way," he says. That passion — raw, unbridled — is on full display at the museum. Too Fast to Live, Too Young to Die: Punk Graphics, 1976-1986 takes an early look at how the nascent musical genre presented itself, through record sleeves, fliers, posters, clothing, and more.

Blauvelt points out that what we now call "culture jamming," or manipulating corporate art, was popularized by Sex Pistols designer Jamie Reid, who in turn was inspired by the Situationists in Europe. "It comes out during this time that they are making fun of the music industry, making fun of the culture," he says. See, for example, the way Reid appropriated an American Express campaign in promo posters for the Sex Pistols' The Great Rock 'n' Roll Swindle. (Reid's campaign was banned following a lawsuit.) "It's all about how the corporate music industry, in this case Virgin Records, was manipulating them and making money off them," Blauvelt explains. "It's this really highly contradictory story about capitalism."

Meanwhile, art star Shephard Fairey picks up the torch and runs with it in Salad Days, 1989-1999, which shows off the street artist's early punk-inspired works. "[Fairey] would have been part of that scene of zines and fliers," Blauvelt says. Both shows are united in their pre-computer DIY spirit. "It was really about making things yourself and putting them out in the world," Blauvelt says. "You find that in graffiti, you find that in skateboarding. Punk is the instigator for this kind of thinking."