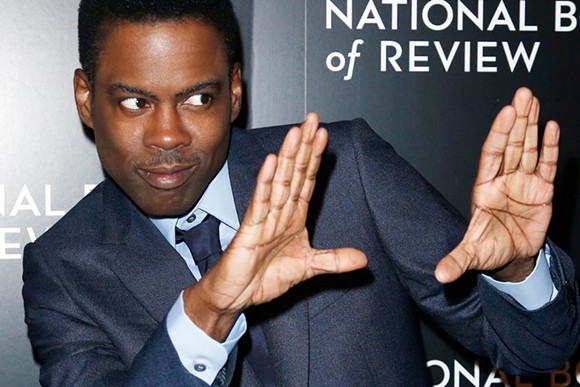 Facebook
We suppose that when you're Chris Rock and don't tour for nearly a decade, the demand to see the legendary comic must be pretty high. Case in point: Rock has added a third date to his string of shows at the Fox Theatre for his "Total Blackout Tour 2017."

Rock originally announced only one date in Detroit for Friday, April 28 and quickly added a second date on Saturday, April 29 due to demand. At this point, it just makes sense for Rock to spend the entire weekend in the Motor City.

Tickets for the new show, Sunday, April 30, go on sale Friday, March 10 at 10 a.m. You can get tickets at olympiaentertainment.com