Henry the Hatter gets new home in Eastern Market 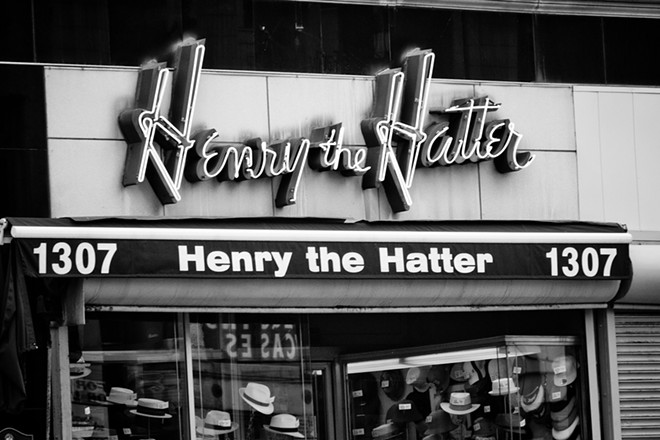 Thomas Hawk via Flickr
Earlier this year a 100-plus-year-old retail business was forced to leave its downtown digs when a lease agreement could not be met. Henry the Hatter, beloved among locals as well as celebrities, closed up 1307 Broadway St. for the last time on Aug. 5.

The shop still operates a location in Southfield, but as Detroit's renaissance continues to boom it seemed a huge loss to see a longstanding establishment no longer operate within city limits.

But, it seems Henry the Hatter will once again have an address in Detroit proper. In a press release sent out today, store owner Paul Wasserman says the shop will re-open in Eastern Market. The area seems like a perfect fit — not only does a Saturday farmers market attract a bevy of metro Detroiters, the district has also seen an influx of retail businesses open within the last few years.

The shop will open up at 2472 Riopelle St., which is the former home of 3 Dogs 1 Cat. The pet boutique will remain in Eastern Market, but is moving to a shop adjacent to Savvy Chic, according to a report by Crain's Detroit.