The world watched as Ketanji Brown Jackson was berated and bombarded with questions that seemingly had nothing to do with her qualifications during her U.S. Supreme Court confirmation hearing. Jackson’s experience as a Supreme Court clerk, federal appeals judge, and Harvard Law graduate was overshadowed by her race.

Black women know the feeling all too well. It doesn’t matter how educated, experienced, or eloquent you are when all people see is your Blackness and all the negative perceptions that come with it. 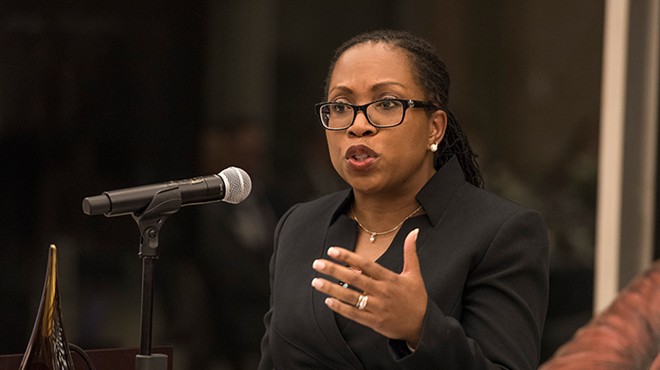 KBJ and CRT: A Black woman with impeccable credentials was nominated to the Supreme Court — and that institution’s gatekeepers nearly flipped the table. Sound familiar?

It’s what Detroit poet jessica Care moore has been writing about for years, so when she was asked to pen a piece in Jackson’s honor, she answered the call without hesitation. Care moore’s poem, “Her Crown Shines,” is now being spread across the web after garnering the attention of Oprah. The media powerhouse shared the inspirational piece on her website orpahdaily.com on Tuesday.

Care moore read “Her Crown Shines” Sunday night in a private group called Win With Black Women (WWBW), which brings together more than 3,000 influential Black women for regular Zoom meetings. Oprah, who was also on the call, was struck by it and wanted to share.

Care moore tells Metro Times over the phone that she knew Oprah was going to be in the meeting, but never expected the poem to blow up.

“I read right before Oprah was going to speak, and the first thing she said when she came on was, ‘jessica Care moore, I need you to send me that poem,’” she says. “I felt like I was a 15-year-old girl again. Oprah could have asked me for money and I would have given her whatever she wanted. I’ve barely been able to take a breath since then, it’s been really incredible.”

On her website, Oprah writes, “This uplifting poem, written by jessica Care moore, about Ketanji Brown Jackson spoke to my spirit, especially this line: ‘Black girls carry constellations inside their wombs waiting to be named.’ And I wanted to share it with you all.”

In the poem, Care moore reflects on Brown Jackson, and so many other women before her, who dared to strive towards greatness in the face of those who doubted them.

“Someone probably told Harriet that she was not fit enough to make it to freedom. Someone told Rosetta Tharpe Black girls do not play electric guitar. Someone might have told Ketanji she would never be… But here you stand, necessary Justice,” the poem reads.

Care moore is also the founder of Daughters of Betty, a collective of Black women in rock and metal formerly known as Black Women Rock.

She says the WWBW group was her lifeline through the pandemic that kept her feeling uplifted and supported. Oprah wrote about the group, “WWBW’s very existence is to connect Black women where they are by supporting their efforts and it was the right moment to reflect on the significance of Judge Jackson’s confirmation,” something that took 232 years to achieve.

Though Care moore is ecstatic about being recognized by one of her childhood idols, she continues to keep her head down and focus on what she always does — honoring and inspiring Black women.

“Black women and politics are interwoven into my work and I choose to use my art as a political platform,” she says. “I’m my own little independent machine, so I don’t have billions of dollars behind what I do, but it’s good to know that people who do have that support my work. Oprah has absolutely informed how I get down. The way she has the power to lift people up is incredible. Really, we all have that power, we just have to use it!”

You can read the full poem and watch a recording of Care moore reciting it at oprahdaily.com. 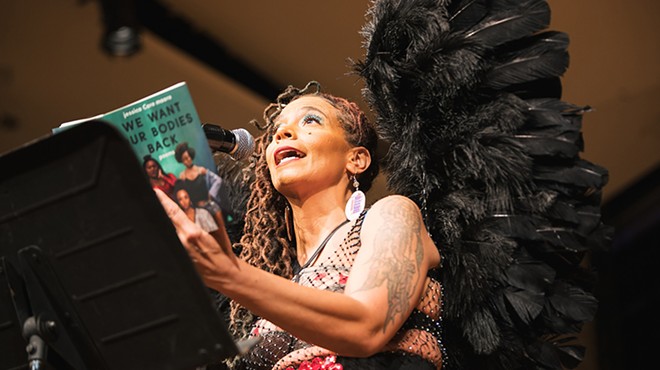 jessica Care moore’s ‘Daughters of Betty’ jams to a sold-out crowd at Detroit’s Charles H. Wright: The collective formerly known as Black Women Rock is as unapologetic as ever