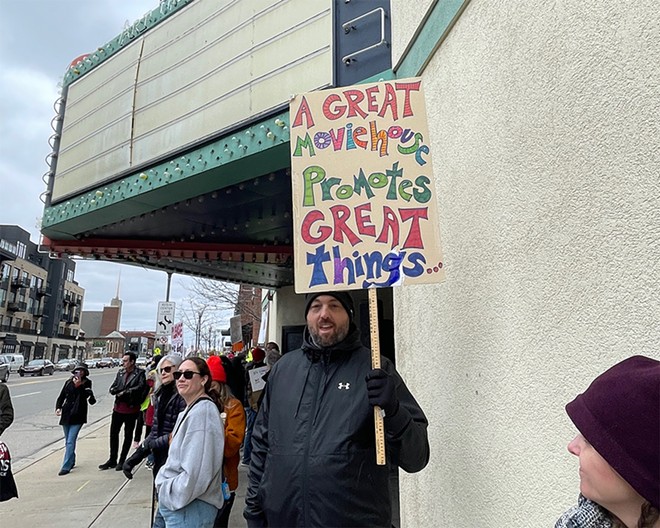 Konstantina Buhalis
Supporters braved the cold to rally to save the Royal Oak's Main Art Theatre on Saturday.

Another day in Metro Detroit, another historic building gets torn down and turned into condos. On Tuesday, the Royal Oak Planning Commission recommended plans to demolish the Main Art Theatre.

A.F. Jonna Management and Development Co. presented the commission with plans to bulldoze the theater and replace it with a five-story multi-purpose building with retail, housing, and office space. The planning commission recommended the proposal with a 4-2 vote after nearly an hour and a half of public comments, mostly from those who oppose the demolition.

This is only a recommendation, and the proposal will now move on to the Royal Oak City Commission which has the final say.

Non-profit Friends of the Main Art has been organizing to somehow preserve the theater and the spirit of underground, independent films since it closed in June 2021. Roughly 200 film lovers and supporters congregated for a rally organized by the non-profit last Saturday to show their support for the theatre. Gatherers shared fond memories of movie screenings, but it's hard to be hopeful after Tuesday night's decision.

Jason Krzysiak, Friends of the Main Art president, previously told Metro Times the group had met with building owners, North Main Square LLC, who he said was initially open to working something out with the non-profit. 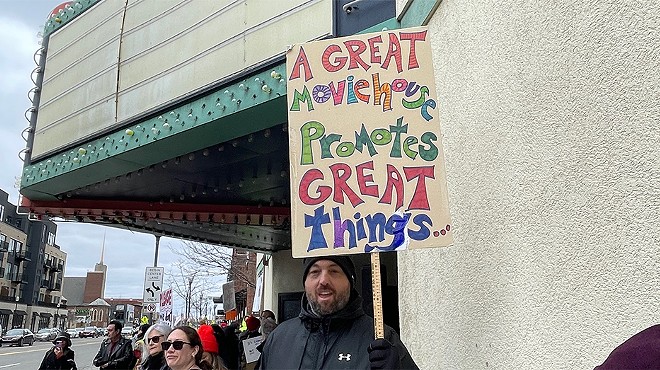 
Krzysiak and friends wanted to lease the theater and run it as a community-led organization or have a micro theatre in the new building, but it later became clear North Main Square was not interested in either setup.

In an email, representatives from North Main clarified that when Landmark Theatres (who operated the Main Art) terminated its lease in 2021, they sought another theater management group to take over, but “not one national or regional group showed interest.”

“To re-open the shuttered theatre, the initial amount of money to make necessary capital improvements and to replace projection equipment are estimated to exceed $1 million for the first year,” the email statement reads. “Based on the Friends of the Main Art Theatre’s funding sources, much of it as yet unsecured, leasing the theatre to the group represents a high-risk business transaction.”

North Main has since offered to incorporate the theater’s iconic marquee or a mural paying tribute to the Main Art on the new building.

Main Art Theatre has been a pillar of Royal Oak’s art and culture scene since it opened in 1941. It’s sad to see history and culture erased in favor of boring, modern buildings, but that’s the way it goes these days, we suppose.