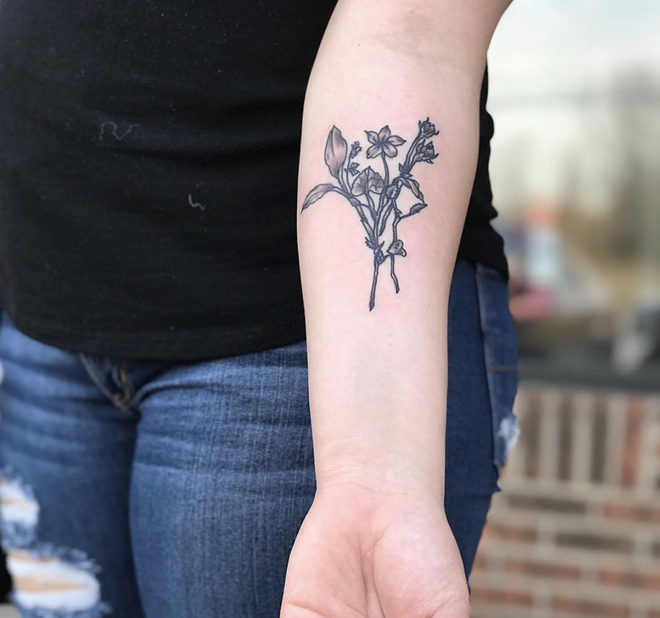 All-Star Tattoo Co. Instagram, tattoo by Tom/ @txmmy2txne
Tattoos are a commitment and, for many, so is the choice to press forward. A Brownstown tattoo shop is making their mark in hopes of bringing awareness to suicide prevention and mental health solidarity with some permanent reminders.

In partnership with Project Semicolon, All-Star Tattoo Co. will be offering suicide awareness tattoos as part of their "Keep Going" event on Saturday, Dec. 8. For All-Star Tattoo Co. owner Mark Greenwell (aka Tattoo Goob), he feels it's his responsibility to give back.

"We've been inordinately blessed, lucky, and fortunate in the five years we've been in business. It seems only right to give back," Greenwell says. "In fact, as a company, it's our duty. High on the list of All-Star Tattoo Co.'s core values reads "Do what is right, not what is easy".

Founded in 2013, Project Semicolon adopted the punctuation to represent continuation as a symbol of suicide prevention non-profit. The semicolon will be one of the five artist-designed flash tattoos offered at All-Star's event, of which there are several varieties, each one significant to mental illness. Among the designs, a stock flower, a Band-Aid cross, a rose quartz, a yellow flag which has been the longstanding symbol of suicide prevention among students, and number 22 which signifies the number of veterans that commit suicide each day in the United States.

We’re less than two weeks away from our Keep Going Tattoo Event! Are you excited? 🌟 We’ll be tattooing a lot more than just semicolons. All six of these symbols will have several different designs you can choose from! Which is your favorite? • • • #semicolon #tattoo #tattooevent #localevent #charity #makingadifference #favorite #whichisbetter #upcomingevents #downriver #events #flash #flashtattoo #flashevent


This isn't All-Star Tattoo Co.'s first foray into awareness territory. In June, they offered a similar flash design event in support of Wayne County Sexual Assualt and Forensic Examiner's Program (WC S.A.F.E) during which they raised $3,325.

The "Keep Going" invent was inspired by a conversation between Greenwell with a colleague, Aubri McEachern, during which she shared her own struggle with mental illness and attempted suicide.

"Here is a talented and successful artist who, on the surface, seems one of the happiest well-adjusted people I know. Her story of how art moved her out of the dark and into the light was inspiring to say the least," he says. "After much research and now armed with the knowledge of how prevalent of an issue this is in our community, we had no choice but to try and make difference."