As Detroit’s RoboCop statue slowly comes together, another local craftsman has a different vision for public art

RoboCop vs. the Clock Tower 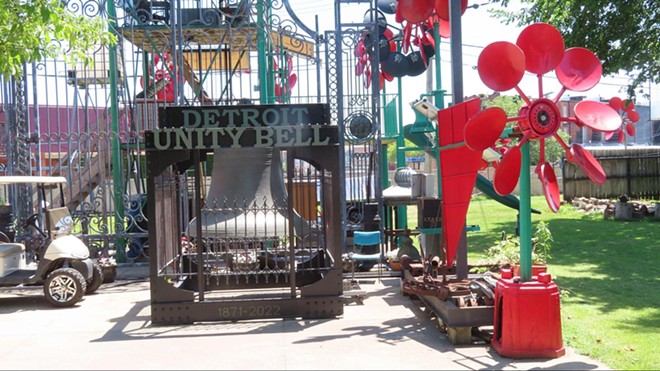 Photo by author
The Detroit Unity Bell among a forest of Detroit Windmills, at C.A.N. Art Handworks on Wilkins Street, prior to installation at Eastern Market in September 2022.

When it came out in 1987, Paul Verhoeven’s film RoboCop offered a refreshing alternative vision to more mainstream violent cop movies such as Lethal Weapon, which debuted the same year. A wicked sci-fi satire, RoboCop skewered the cynicism of corporations willing to profit off the privatization of policing in cities that they had abandoned. The central figure of the cyborg cop is a traumatized figure who is basically used as a tool. The fact that the film was ostensibly set in a future version of Detroit seemed to ground it in the reality of rust belt abandonment that was actively occurring at the time. And the fact that “inner cities” in both Chicago and Detroit were almost universally coded as places inhabited by Black or brown people certainly added to the aura of danger that the film positioned as a pretext for extreme militarized policing.

RoboCop was filmed in Dallas, Texas, which bears little resemblance to Detroit. One scene, set at an abandoned steel mill, was actually filmed in Pittsburgh. The vicious criminal thugs in the film were all portrayed by white actors (including Kurtwood Smith, who does nasty better than anyone) and the only Black actors in the film were cast as corporate executives and police officers. Nonetheless, the film took advantage of Detroit’s demonization in the national imagination, which was inextricably linked to racism. During the 1980s, Coleman Young, the city’s first Black mayor, struggled to confront a population exodus. Almost 1 million mostly white people absconded from the city during his fourth term, and arsons by absentee landlords were in their ascendancy. Luridly described by journalist Ze’ev Chafets in his 1990 book Devil’s Night, the burning city served as backdrop for another Hollywood action film, 1994’s The Crow.

At the same time, the U.S. federal and state governments massively accelerated incarceration in the 1980s. This criminal justice system targeted Black people so systematically over the next two decades that Michelle Alexander later dubbed it the “New Jim Crow.” RoboCop may have been sci-fi satire, but these militarized anti-crime campaigns were real in their effects. Rather than saving cities like Detroit, they amplified their devastation.

Given all the negativity associated with RoboCop’s portrayal of Detroit, why would the city want to plant a statue of this fictional figure in the middle of Eastern Market?

A concept that started as a tossed-off comment directed at Mayor Dave Bing on Twitter back in 2011 went viral and sparked an actual decade-long campaign to produce a monumental piece of metal sculpture depicting RoboCop intended for public installation. This microscopic epic of Detroit-style grittiness was chronicled by Michael Jackman, writing for Metro Times in 2021. It involved determination and ingenuity both in terms of fundraising and fabrication, an aging master craftsman from Greece named Giorgio Gikas, and a bout with colon cancer. Now complete but without a home, a recent update in the Detroit Free Press declared “the saga could end soon,” and identified Eastern Market as the RoboCop sculpture’s potential landing place. 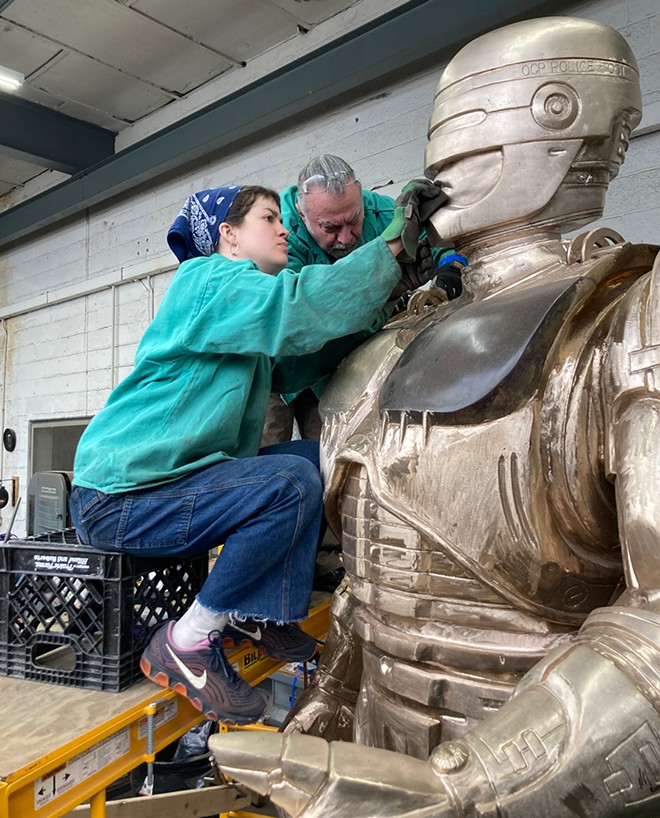 Just down the road, another European-trained master craftsman watched this story unfold with a sense of frustration and bemusement. Carlos Nielbock, born in Germany but transplanted to Detroit in the early 1980s, has also been reported on by Jackman in Metro Times. Among his notable restoration projects are the Fox Theater, the Gateway to Freedom sculpture, and the Hurlbut Memorial Gate. His iconic Detroit sign, visible outside his CAN Art Handworks workshop on Wilkins Street, has been photographed by innumerable passers-by, and its image has been used to decorate annual reports and websites. His upcycled Detroit Windmills, for which he earned a U.S. design patent in 2021, can be seen spinning all year round outside his building and in other locations across the city. Most recently, Nielbock worked on the rededication of the giant iron bell that used to hang in the clock tower of Detroit’s Old City Hall, demolished in 1961 to make way for modernization. Christened by Nielbock as the Detroit Unity Bell, its majestic tone has been restored, and it now rests inside an ornamental iron enclosure in Eastern Market’s Shed 2. The project involved partnership with Eastern Market Corporation and Sun Communities.

Rescuing the bell from the weeds where it lay at Historic Fort Wayne, then refurbishing it and restoring it to the public domain, was a more than decade-long struggle for Nielbock, not dissimilar to that undertaken by the RoboCop statue crew, but with even less coverage and support. As a working artist, Nielbock respects anyone who is able to find a way to get a project done. In his view, Detroit needs more public art of all kinds, and creative industry should be the heart of the city’s 21st century economy. Nielbock was an early partner and fierce promotor of Detroit’s participation in the United Nations Educational, Scientific and Cultural Organization’s “City of Design” network, the only U.S. city to earn such a distinction, and he believes his adopted home is second to none. At the same time, Nielbock can’t help but wonder why it has to be so hard, when there is now abundant investment taking place in Detroit and still so many worthy projects go wanting. Why are there so few statues and monuments, he asks, and hardly any depicting people of color who resemble the majority African-American population? Why doesn’t every real estate and factory renovation have a public art stipulation?

“We need inclusion in this Detroit economy,” he says. “That’s all we are asking.” 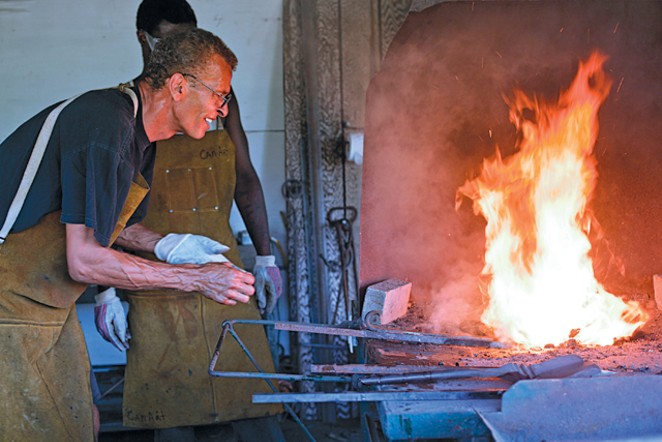 Nielbock’s planned follow-up to the Unity Bell is simply called the Clock Tower Project: a transformative plan to reconstruct the pinnacle of the Old City Hall with contemporary materials and computerized design techniques. The statues of the Four Virtues — represented as towering women, each twelve feet tall, bearing the symbols of agriculture, medicine, industry, and art — would be re-created to reflect the city’s artistic and cultural heritage, including its ethnic diversity. In Nielbock’s vision, the Unity Bell would return to its rightful place atop the city’s center — perhaps in the dead-end strip of dirt and grass that currently occupies Cadillac Square, between Campus Martius, and the Wayne County Building. Detroit would have a recognized gathering place that would bring all its residents and visitors together, as one sees in the old towns of European cities like Dresden or Gdańsk, which were also entirely rebuilt after the destruction of WWII. It would be a gift to succeeding generations, bridging the glories of its past and the possibilities of its future while providing beauty to the present — as well as much needed, well-serviced public restrooms.

In this aspirational Detroit, the RoboCop statue would have a place too — but it would not be interpreted as a symbol of the city’s spirit, or as an ironic in-joke for aging Gen X hipsters (like me). Rather, it might function as the original film intended: a distorted representation of how American cities were viewed, and what they had to overcome just to become livable again. We might want to pose for selfies with RoboCop, but we should also honor Detroit’s actual virtues — as well as its flesh-and-blood people. 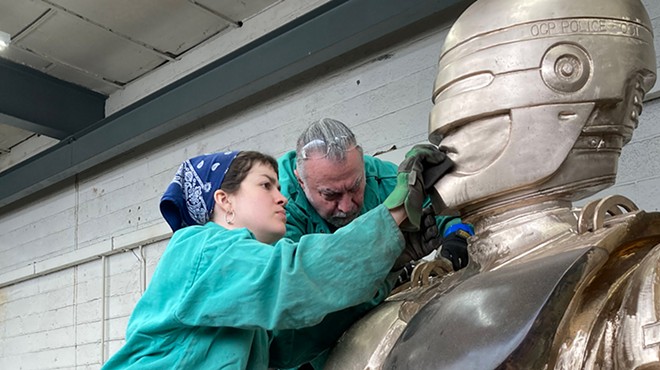 20 things Detroit deserves: Our ideas for gifts for the Motor City 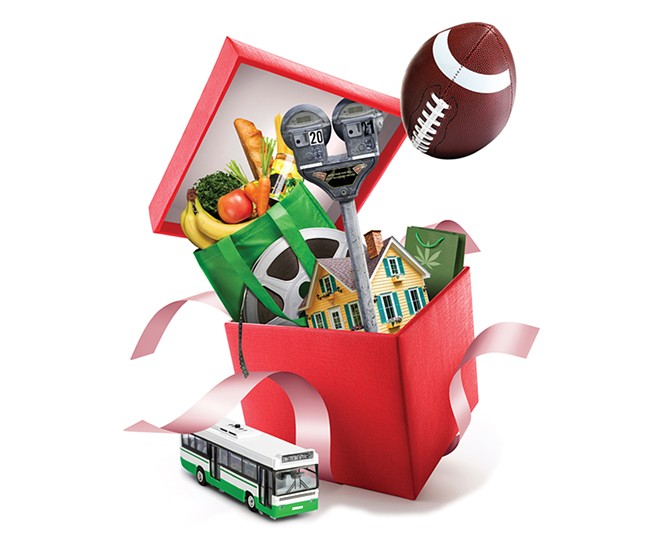 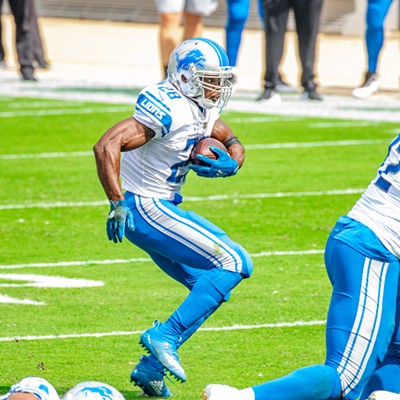 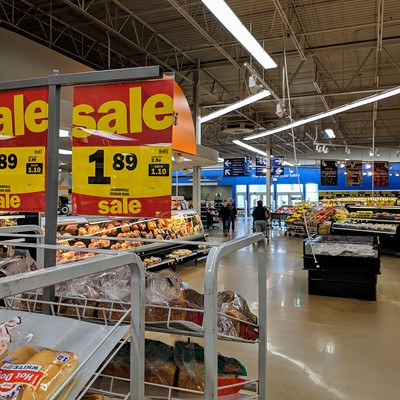 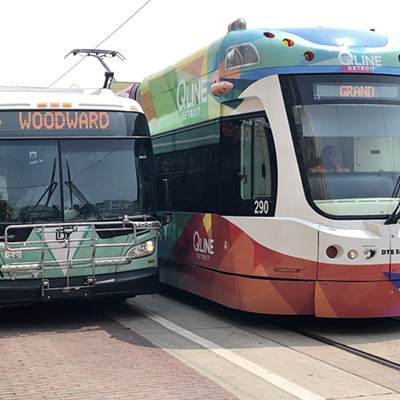 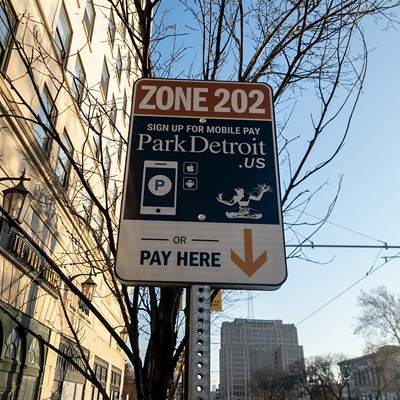 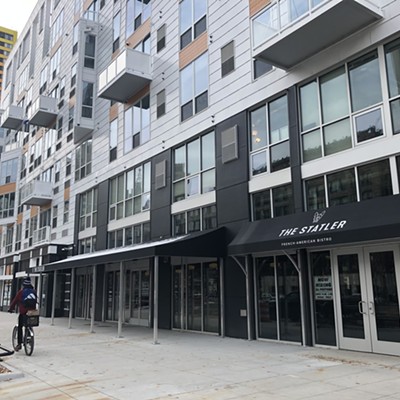 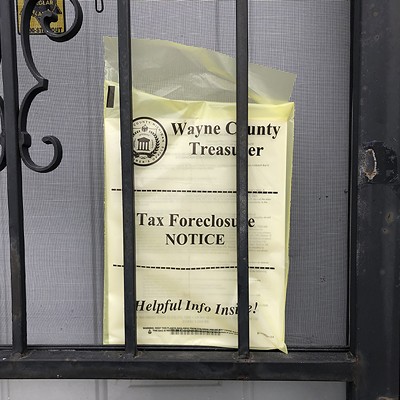