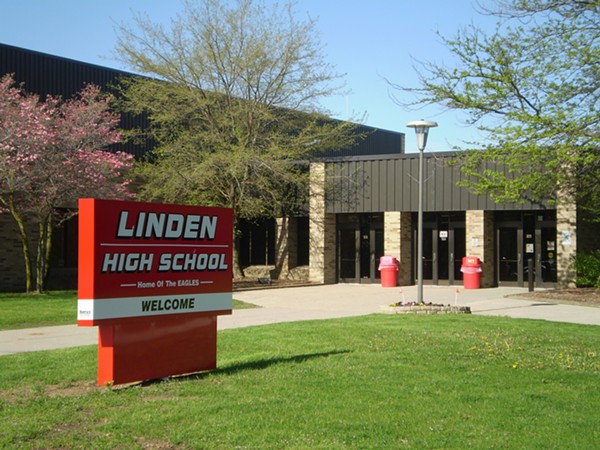 Courtesy lindenschools.org
A teenager from Linden High School wants other kids to know that joking about shooting up your school is no laughing matter.

Earlier this year, Jordan Asbury, 16, wrote "I'm going to shoot up the school" on a desk in biology class. He wrote it on Feb. 20 — just days after the Feb. 14 massacre at Marjory Stoneman Douglas High School in Parkland, Fla. that left 17 dead and sparked a national debate about gun safety laws.

The next day, Asbury was handcuffed and taken to the police department. His troubles only worsened from then, with the teen getting charged with a false threat of terrorism and facing a 20-year felony and $20,000 in fines. He also was expelled from Linden schools for 180 days, served two months in juvenile detention, had to complete community service, pay fines, and serve a 90-day probation. To make matters worse, his parents had to pay $3,000 to hire an attorney. He is currently looking at transferring to an alternative school.

The threat was eventually deemed non-credible. But still: That's a lot of headache for some stupid graffiti.

"It was meant as a joke and obviously it was a pretty bad one — obviously I wasn't taking into account the people who have been through situations like that," Ashbury told MLive. "It can change everything — one thing you write, say or do."

"Even if you do it as a joke, the law doesn't deem it as a joke," Leyton told MLive. "I'm not looking to hang felonies on kids, but on the same token I cannot have that kind of disruption in our county."

In 2016, another Linden teen pleaded guilty after joking about shooting a school in an Instagram beef gone wrong.