Who says poly isn't an orientation? Dan Savage gets an earful (and this week's column) 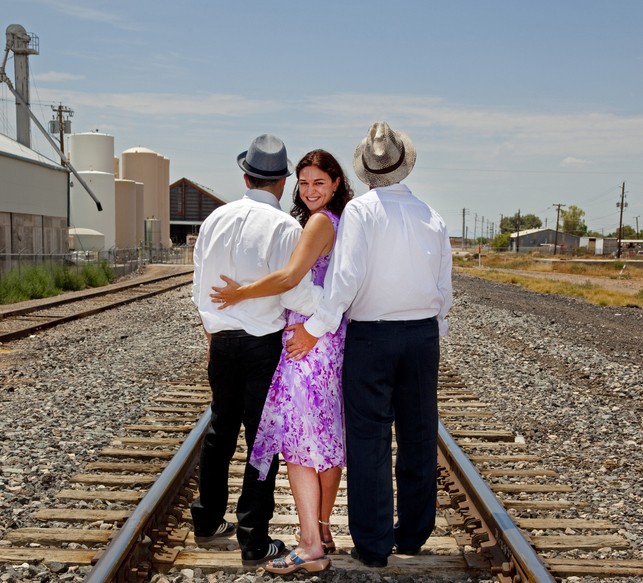 Sometimes I kick the proverbial hornet's nest intentionally — "bullshit in the Bible," for instance — and sometimes I kick the hornet's nest accidentally. I honestly didn't expect the outraged response I got after I wrote that poly wasn't a sexual identity in the "sexual orientation" sense of the term. Some people identify as poly, of course, just as some people identify as, say, dominant or submissive. While I recognize that poly (or D/s) can be central to someone's sexual identity, I've never viewed it as a sexual orientation and I didn't think this was a controversial point of view.

Many poly people disagree. I've received a ton of impassioned emails from polyamorous readers, most of whom see themselves as poly-oriented, not just poly-identified. And while some seem confused — I've never denied the existence of polyamorous people, I never said that people couldn't or shouldn't identify as polyamorous — I'm turning the rest of this week's column over to the polyoutraged.

I've been poly all my life, since well before I knew there was such a possibility. As far back as grade school, I've generally had a crush on more than one boy/guy/man, and as an adult, I can't imagine a life where I'm limited to one man, even though I love my husband deeply. When I was with someone before I knew about polyamory, I'd cheat. I wouldn't want to, but sooner or later I'd meet someone else and fall in love so hard that I had to be with the other person, too. I hated cheating. I hated dishonesty. I hated myself. Reading Dossie Easton and Janet Hardy's book The Ethical Slut changed my life. I finally understood the person I had been my whole life. I'm poly. I'm not monogamous and I can't choose to be monogamous. I will always have the capacity to love more than one person and the incapacity to keep myself from falling in love with others — the way you will always have the capacity to love men romantically and no capacity to love women. It's a choice whether I act on that capacity, just like it's a choice whether you act on your attraction to men, but it's not a choice whether I fall in love with more than one person at a time. Some people might just flirt with the lifestyle, but some of us are built to love more than one person at a time. —Poly Of Long Years

To enshrine the homosexuality-heterosexuality spectrum as the one sexual motivator around which individuals can choose an identity seems strange to me. I'm a hetero-identified man, but I could be in a homosexual relationship if a situation forced me to choose a partner from outside of my preferred sexual-gender-orientation. (Jail, for example.) It wouldn't change how I identify, but it would change the relationship I'm in. However, the fact that closeted homosexual men operate in hetero relationships and fuck their wives, or hetero guys fuck other hetero guys in jail or submarines doesn't make the identities of gay and straight any less valid. —Thinking Straight

I believe sexuality exists on spectrums. Not just one spectrum from gay to straight with bi in the middle, but several spectrums. One spectrum is how sexual you are, from those with little to no sex drive to people who have very active sex drives. There is also, perhaps, a spectrum from monogamous to polyamorous. You say that monogamy and polyamory are things people do, not things people are. However, I feel some people can be innately one or the other. My husband and I decided to have a three-way. My husband could barely keep his dick hard when fucking our third. He couldn't get into it until I got involved directly, and even then it didn't really do much for him. (Believe me, our third was any straight guy's dream. The only reason he wasn't into that is because he's really only into me.) When he's in love with someone, all he wants is that person. He's very one-person-and-one-person-only oriented. In contrast, although he satisfies me and I love him, I want other partners. I feel that I'm polyamorous innately. I feel I am wired to be like this. I didn't choose it. Likewise, my husband couldn't choose to be polyamorous. He can practice polyamory, and he has for my sake, but naturally he's a monogamous person. I appreciate that you advocate nonmonogamy. I credit you with helping to save my marriage. We married as virgins and were clueless about sex. But my husband and I have a great sex life — and I'm free to pursue people on the side — because we read your column. —I Am How I Am

Hetero/poly guy here. I'm part of a live-in quad, and we all raise our kids together, so I'm pretty far down the polyamory rabbit hole. Figured I'd add my two cents to the discussion. I don't think that polyamory can really be defined as an "orientation," because that's an improper way to describe what polyamory is. I can still be attracted to monogamous people, and being poly doesn't change or alter that fact. I do, however, think that polyamory — or, by contrast, monogamy — can be defined as a sexual identity, and that's where I think your advice to PP went astray. Consider: A gay man can be attracted to a straight man, correct? Similarly, I can be attracted to people who identify as monogamous. But that attraction doesn't separate individuals from their identity. Gay men tend to date other gay men and would generally be advised not to go chasing after straight men. In the same way, I try my best to stick to other people who identify as poly. Poly is very much an identity, Dan, and poly people form communities around that identity. We face some unique challenges (how do you raise kids in this environment? How do you balance time between partners?), while some other life challenges are made easier (four parents makes getting kids to soccer easier). I'm not saying that we need to add a "P" to LGBTQQIA, but I don't think we can just be written off either. —Poly Identified E-mailer

I'm a bisexual, polyamorous 24-year-old woman. From the very first time I was faced with a cute boy who wanted to date me, I knew that I couldn't be in a closed or exclusive relationship. I knew it as instinctively as I knew that I found women attractive as well as men. I had never heard of open relationships or polyamory. I was a virgin, so it wasn't about sex. I didn't have anyone else on the horizon and I really liked the boy, so it wasn't about keeping my options open. And yet I knew — I knew — that I couldn't agree to be his girlfriend without the freedom to date, flirt, sleep with, and love other people. Six years later, I started dating someone I think might turn out to be the love of my life. He's a match for me intellectually, sexually and emotionally. We make each other so happy, it's silly. Even so, even in the best relationship I can possibly imagine, I know monogamy is not for me. Incredibly, he feels the same way. Maybe there are very few people like me — I think most people fall somewhere in the middle, with probably more oriented toward monogamy than not — but poly people like me exist. —Poly Like Me