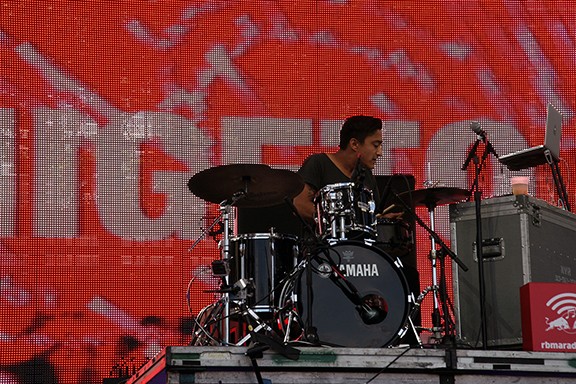 The group, rounded out by bassist Jonathan Maron and drummer Mark Guiliana, is named High Risk. Shigeto served as "DJ, producer, and beatmaker" according to Douglas' Greenleaf Music, who will release the self-titled record on June 23.

According to RA, the group was formed after Shigeto performed a live, jazz-inspired drum solo at a a Red Bull event last year, catching the attention of Douglas.

“This is completely different from the processes that go on in my other bands,” Douglas says. “And at the same time it’s totally the same: a bunch of highly skilled individuals who bring themselves and their personality and their skills to the table, to attack these ideas and materials that I bring into the session.”


Watch a video preview below: