He’s running for president again. Here’s what you can do to avoid helping his campaign. 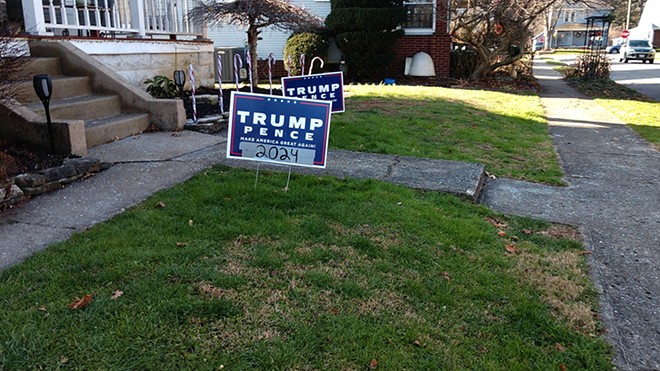 But there’s one hitch. Donald Trump is the biggest loser who just about everyone feels the need to pay attention to. There is of course the “Trump or Death” crowd who showed up to his Mar-a-Lago announcement yesterday. On the other side, there’s the resistance crowd that is already gearing up to resist the buffoon at every turn. And then there’s everyone else who’s forced to pay attention by a media ecosystem that’s gearing up to monetize the other two.

This time around, we have to stop rewarding Trump-bait. When you see that chyron or that headline about what Trump said or what Trump did this time — don’t click on it. Don’t watch it. In fact, stop reading this article!

… But if you’re still reading, I want to explain why. Trump gamed the entire media ecosystem into covering his every move and utterance. He forged the media — which he claims to despise — into his most powerful weapon. But the real culprit wasn’t the media alone, it was the rest of us who rewarded them so handsomely for covering him. We couldn’t get enough, so they couldn’t produce enough Trump content. A vicious feedback cycle took hold.

The clicks and the views, the eyeballs and the eardrums — that’s the media business model, after all. Love him or hate him, Trump sells clicks. He’s a self-indulgent narcissist with no shame, no respect for the truth, and an insatiable desire to be in the limelight. Those things make him a terrible person but they also make him a hell of a showman. He’s turned politics into showbiz. That ability to become every newsroom’s assignment editor — to command the attention of his most adoring fans and his most reviled opponents — that’s what made him president.

Stopping that feedback cycle means turning him off, tuning him out — actually treating him like the big loser he is. And if we want him to lose again, we have to rob him of the narcissist’s oxygen: attention.

Make no mistake. Trump is running for two reasons. First, his narcissism can’t let his loss go unavenged. Second, he thinks being a candidate for political office is a helpful asset with which to deflect various incoming legal indictments related to Jan. 6, his overall effort to overthrow the 2020 election, and the fact that he stole classified documents when his jig was up.

Because those are the only things motivating him, he’s inevitably going to run a campaign on grievance and personal pettiness — for the next two years. If the 2022 midterms are any indication, that’s not a winning political formula. He is, after all, the Biggest Loser.

But ignoring him is going to be hard. There’s the collective PTSD from the trauma of those years — the “Muslim ban,” the love letters with despots, the Mueller saga, the interminable COVID press conferences, the hateful racism in the summer of 2020. All of it leaves us that much more sensitive, that much more attuned to every new sleight.

And Trump is more unhinged than ever. Where his 2016 and 2020 campaigns always had a certain wink-and-nod quality to them, that his supporters were all in on some sort of sick and twisted joke — this Trump is motivated by darker stuff. He seethes at the indignation that legitimately lost his election. And he’ll weaponize that anger in more extreme, more incendiary rhetoric.

But we don’t have to pay attention. So can we not?

Originally published Nov. 17 in The Incision. Get more: abdulelsayed.substack.com.