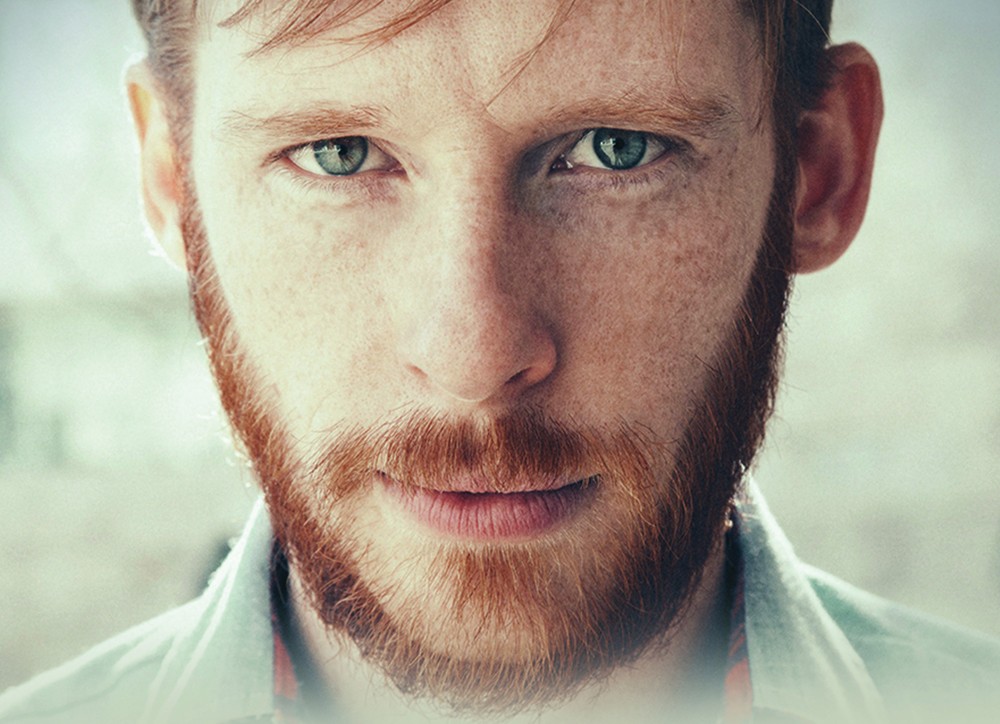 Cult indie singer-songwriter Kevin Devine may be best known for naming his first band, Miracle of 86, after the 1986 New York Mets, but don't hold that against him. Even before that crafty alt-rock act first disbanded a dozen years ago, Devine's solo work has put him in the spotlight for his bright, smart, and melodic songs. His personal and politically charged work is probably being taught in songwriting workshops all over the place right now.

As we found out in our interview, Devine has just finished another solo record, his ninth, and will be a big name on a traditionally small stage when he performs at the Bled Fest in Howell this weekend. Other performers at this year's festival include the Black Dahlia Murder, Citizen, Knuckle Puck, The World Is a Beautiful Place and I Am No Longer Afraid to Die, Superheaven, and a bunch more.

Metro Times: Your last show on your current run is at Bled Fest in Howell. How does a show like that differ from the rest, and what can Bled Festers expect from your set there?

Kevin Devine: Good question. This is kind of different because I'll have a week at home between the dates with Andy [Hull] and Bled Fest. So it won't be like I'll be coming directly from those West Coast shows. The other thing is, I've gotten so used to tours that are three to seven weeks in length. And I'm probably moving away from the further end of that for a while.

Bled Fest? I'm probably something of a stark contrast to most of what's going to happen that day. I'm playing a solo acoustic set by design. As for what people can expect, I try to make sure that whether I'm playing punk show, indie-rock show, singer-songwriter show, folk, emo, whatever you want to call it, that I present myself as I am, and the songs as they are. I've had great Michigan shows, and an awesome Howell show forever ago too, so I think it's going to be great!

MT: What have you heard about the event from bands who have played there in the past?

Devine: To be completely honest, very little. That's not what led me to it. I know Nate Dorough [who helps run Fusion Shows] pretty well. He probably booked 10 of the last 12 shows I've played in Michigan. It was a little less about other bands and a little more about Nate; Nate's a big part of the draw there for me. I like him a lot, and I like the way he does what he does. And I know he's heavily involved with the festival, and that's good enough for me.

MT: In 2014, you played Fusion's sixth annual birthday bash at the Crofoot in Pontiac. What's your favorite memory from that night?

Devine: That was another thing where I was the only folk dude. The Front Bottoms headlined. The security was not adequate for what ended up happening, because I don't think they understood that the Front Bottoms' fans would be about 70 minutes of stage diving: kids just climbing up and jumping. I remember watching it from up above, the chaos of it, and as a guy who met them when they were really young and took them out on tour, there's a familial pride I have watching them. I liked watching them that night. I was moved.

MT: How is the production of your ninth album coming along, and what are the central themes of it?

Devine: It's done, and I love it. I think it's really lean and focused. I was thinking a lot about the guitar rock music I was listening to in the '90s, but a little bit less punk and a little more of the power-pop side of that.

And then there are some really "nice guy with a guitar" moments on it. One of my favorite songs I've ever written is the last song. Thematically, I feel like I'm not really a conceptual songwriter. I write certain songs that are complete fiction. I just write about what it's like to be a person, and the thing that I hope comes through my music is that every record comes out when I'm a different age, so what you get is a reflection of what it's like to be a person at that time.

MT: You often substitute certain lyrical phrases when you play older material. How do your past feelings evolve through your music?

Devine: Well, you can't predict that. And sometimes they don't. I play a certain song at 22 and I'm thinking about those things, or I'm 36 and remembering what it was like to be 22 and thinking those things. But more often than not, the songs move around because you do. And I never wanted to be the kind of musician that played everything the same exact way every night.

MT: While we're on politics, plenty of bands are becoming socially conscious about the Flint water crisis. For example, more than 70 artists including Taking Back Sunday, the Suicide Machines, and Propagandhi contributed songs to a charitable collaboration effort called Not Safe to Drink: Music for Flint Water Crisis Relief. What are your thoughts about what is happening in Flint?

Devine: It goes right to the heart of what is wrong more broadly, which is that people don't feel like they can trust the institutions that are there to help take care of them and make their lives safer and easier. And when that distrust is proven to be sound, it's scary, it's frustrating, it's alienating, it's infuriating.

The people broke that story. From what I've read, as awful as it's been for the people, it's also been a rallying point for the community. People there are taking care of each other. Hopefully it gets a conversation moving in a serious way about abuse of power and neglect of constituencies, and why this is happening in low-income areas, and how demographics break down.

MT: Switching gears a little bit, congratulations on your first child, born March 25. Can you reflect for us on how this has reflected a general lifestyle change for you as a traveling musician?

Devine: There was a time in my life where I did a lot of drugs and drank a lot — and maybe didn't have as much sex as I could've or should've [laughs loudly]. I don't really know how to do those things moderately, or responsibly. So I don't do them anymore, because there's not much room for it in my life. My life has opened up a lot since I've not done those things. I'm able to keep having a life in rock music because I'm a grown up, or am trying to be. My conversations with most of my peers are frequently about how do you age gracefully in indie-rock, because it's kind of hard not to be a tool.

MT: Speaking of musician dads, what's going on with Andy Hull over at Bad Books headquarters?

Devine: It's louder than it's been in a little while, because Andy and I are doing those shows in May. We wrote and recorded a song last August and I love it. It's there, and there are other things to pair it with. There is definitely an intention to make a third Bad Books record— the question is just when, and I don't know the answer to that yet. I'm working on a song that I definitely think is a Bad Books song, so that's something.

MT: Your particular style of lyricism is a beautiful mix of brutal honesty and diegetic imagery. Where does this style come from?

Devine: I'm drawn to both in other peoples's writing. There's something I really like about playing spoken directness that is articulated in a way that doesn't sound like the way everyone else would articulate it, which is tricky. I've gotten a lot more economical in my writing. I used to write more words and now I try to say as much, or more with fewer. I want it to almost feel like a conversation, but then in the middle of the conversation, you lapsed into a dream and then woke up and were back in the conversation again. I think a lot of songwriting is memory and dream. And a lot of songwriting is blending journalism with fiction.

MT: Has your degree in journalism had any influence on this writing style?

Devine: I think so. What journalism does is tease out your intellectual curiosity. It makes you ask questions. I'll never forget a journalism teacher once telling me, "Specificity breathes believability." I always thought that was such a cool thing. It informs how I write songs, and how I think about people, and how those people end up in those songs.

MT: As someone who is a musical chameleon, playing sometimes as indie rocker and others as indie folkster, how does the live environment differ for you, and which setting do you prefer?

Devine: It changes. It moves around. Most songs start with me and an acoustic guitar. I really love the immediacy of sitting down with a guitar and telling you a story. That will always be my default setting. Conversely, I love rock music. My favorite band of all time is Nirvana. So there's always going to be a guy in my head that wants to step on a fuzz pedal, yell, and have the drummer beat the hell out of the drums. Where they meet in the middle for me is: I try to present them honestly, and I try to present them with an intensity and a commitment regardless of how they're dressed and who's there with me, but I don't have a fixed preference.

MT: How is your record label Devinyl going?

Devine: Calling it a record label is flattering, and maybe a little generous. The Devinyl Splits Series, for example, wouldn't have happened without support from Bad Timing records. I was the guy in the middle. But these people did the grunt work to actually get the records to people. I don't know if I'm going to step it up and go out and sign an artist and put their record out. I might do that in partnership with somebody. But I don't think Merge Records needs to look over their shoulder for me or anything.