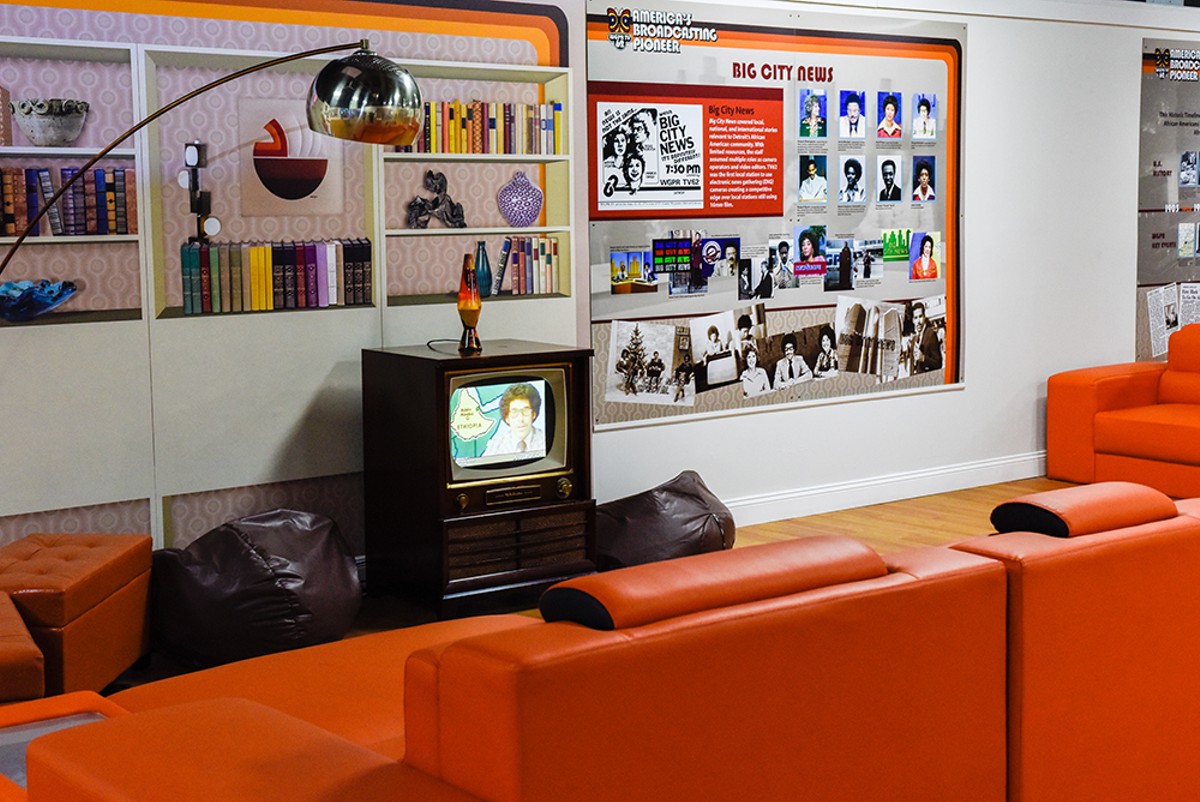 WGPR-TV, the Detroit broadcast pioneer and first television station in the United States to be independently owned and operated by African Americans, is now officially a historic landmark.

On Feb. 1, the first day of Black History Month, the WGPR-TV Historical Society announced that the station had been added to the National Register of Historic Places, the federal government's official list of districts, sites, buildings, structures, and objects deemed worthy of preservation for their historical significance.

The station was founded in 1975 by Dr. William V. Banks, an attorney, businessman, and founder of the fraternal order of the International Free and Accepted Modern Masons and Order of Eastern Stars, after he purchased WGPR 107.5 FM, the first FM radio station owned and operated by African Americans in Michigan, in 1964. Inspired by the radio station's success, Banks began looking into TV.

Banks founded both stations with a purpose to serve as a career springboard for young people and provide much-needed ethnic diversity to local television. WGPR-TV opened doors to aspiring reporters, producers, directors, salespeople, accountants, and managers.

"Young people just sort of flocked to us from all over," says Banks's daughter Tenicia Gregory, who became vice president and station manager for WGPR-TV and WGPR-FM.

Unlike other local Detroit stations, independent WGPR-TV didn't have to rely on a national network to supply its programs. The station filled the majority of its broadcast day with shows produced by local writers, producers, directors, and performers. This original lineup of programs set WGPR-TV apart as the voice of Detroit.

While the station was Black-owned, it was dedicated to serving the entire metro Detroit region and its many ethnic groups, and included programming such as the popular Dino's Greece Today and Polish Showcase.

"You cannot discriminate and say, 'We're only going to show Black shows and that's it," Gregory says. "You wouldn't survive in the market. You have to reach out to the whole community."

One popular show, The Scene, was basically Detroit's version of Soul Train. The Scene featured music and dancing and attracted artists such as Stevie Wonder and the Four Tops to appear on the air with host Nat Morris during its run from 1975-1987. That show was spun off into The New Dance Show, which ran from 1988-1996 and featured early Detroit techno artists like Cybotron. Another WGPR-TV original, Big City News, covered local, national, and international stories relevant to Detroit's African American community.

All Night Movies made WGPR the first station in the Detroit television market to broadcast 24 hours a day. It was also the first local station to use electronic news gathering (ENG) cameras, which created an edge over local stations still using 16mm film.

"I have always believed that Black-owned broadcasting stations are important to the community and to Black people," wrote Banks's granddaughter Sheila Gregory in her book, A Legacy of a Dreams: The Life and Contributions of Dr. William Venoid Banks. "Without them, there can be distortion and lack of vital information to both minority and majority communities."

Today the building that housed WGPR-TV is the home of the William V. Banks Broadcast Museum, which opened in January of 2017 on Martin Luther King Day. The museum's mission is to preserve the amazing history of WGPR-TV and its early days and to highlight the station's contributions to local television programming.

Visitors to the museum can explore the history of WGPR-TV and WGPR-FM in colorful story panels, videos, memorabilia and interactive displays.