Bacon bits - Or the same old song and dance 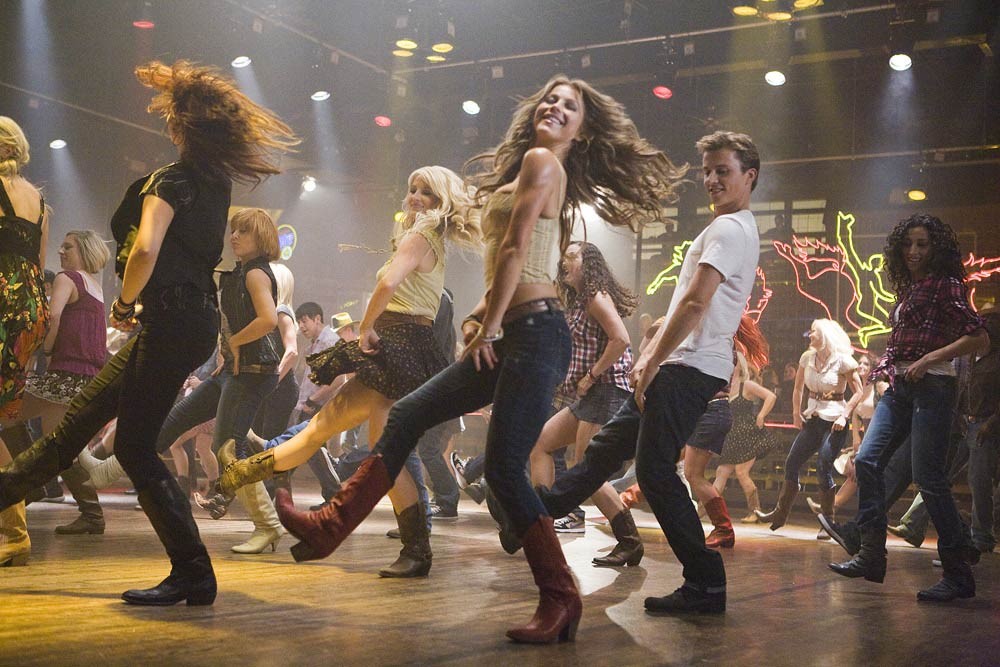 :This is why punk rock still matter.

Is there any thing lamer than rebelling exactly the same way that your parents did? The original Footloose felt like an especially cheesy time-capsule refugee almost from the instant it hit screens in 1984, yet here's a near shot-for-shot remake that adds little to the old formula. This new, unimproved Footloose slathers on drippy nostalgia then feverishly attempts to bottle it up, adding high quantities of teen angst and fructose to a fizzy concoction.

Fresh-face Kenny Wormald slips into the maroon tux jacket that helped make Kevin Bacon into a famous party game, and he plays an updated version of Bacon's rebel with out a clue, Ren McCormack, a city kid exiled to the sticks, and forced to bring joy and hipness to the oppressed local yokels. This runty Ren is a like a sawed-off Marky Mark; grumbling in his heavy Beantown brogue as if he's trying to paahk his caah at the Friggin Bruins game. This urban bad boy is now hunkered down in rural Georgia, living with relatives after his Mom's death, and forced to make do in a flea-bit burg whose good times are hermetically sealed off. After a tragic, post-homecoming car crash claims five teens, the town's elders have enforced a strict curfew, and worst of all; banned loud music and any dancing, since swiveling hips are a gateway to the devil.

Ren responds to this outrage the only way he can, by wiring sub woofers to his beat up VW and taking his aggressions out on an innocent warehouse floor, where he straight up shreds the choreographed jazz dance and gymnastics tumbling routine that traditionally all macho young boys use to blow off steam.

Meanwhile, Ren is engaging in a forbidden flirtation with the allegedly angelic pastor's daughter Ariel, played here by Julianne Hough, who is a good deal sexier, but not as good an actress as the original's Lori Singer.  Likewise, Miles Teller is enjoyable as the goofy hick sidekick, but he couldn't hold the late Chris Penn's belt buckle. The intense reverend that John Lithgow played in the '80s was pretty creepy — rendered here as huge slab of vanilla fudge in the shape of Dennis Quaid.

This is not to elevate the original Footloose beyond its modest, corny self, but the remake feels pointedly useless.

The old version at least took some swipes at Reagan era's Moral Majority bible thumpers, but here the drama just feels like an impediment to the flow of the musical numbers.

The big disappointment is that director Craig Brewer, who added southern grit to Hustle and Flow and Black Snake Moan, plays it so safe here. His major innovations include one David Banner track, and adding approximately six black people to a formerly bleach-white cast. Worst of all, the soundtrack, which could've been a breakthrough in its own right, is mostly just pale covers of the ironically tacky old tunes with less keyboard and a hint of fiddle. (You can put lipstick on Kenny Loggins but you can't make him stop sucking.)

Sometimes people want to just kick off their Sunday shoes and have a good time at the movies; Footloose sorta offers that.