You were a SWAT commander for the Detroit Police; now you're fighting your way to vengeance 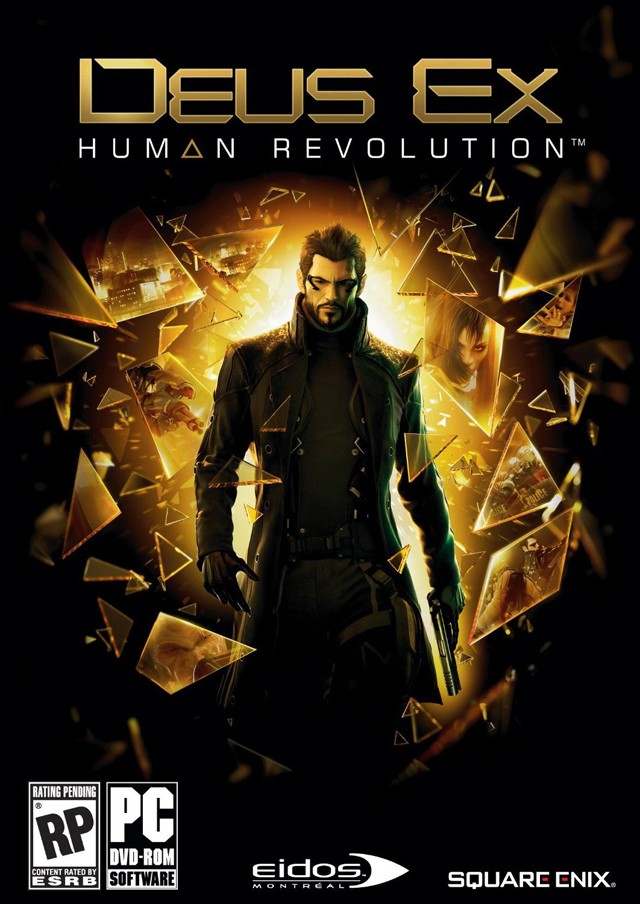 DX:HR is, quite arguably, the best FPS to drop this year. It offers seemingly endless replay ability and a real story.

In the near future, "human augmentations" have become all the rage. Folks (like you and me) have achieved near-superhuman status by enhancing their bodies with various augmentations. Problem is, Sarif Industries (leaders of the augmentation movement) has the drug that augmented folks need to take for their bodies to remain stable and not reject the nano-technological madness they've utilized.

You take on the role of a fellow named Adam Jensen, and play through a story with numerous possibilities. What strikes me about this is how almost every decision you make will in some way affect your game later on. Who you talk to, e-mails you read off folks' computers, people you let live and choose to kill, all come back in some way. What goes around comes around, right? Visually it's not super-intense, but still very nice.

The first-person gameplay offers some cool features that I'm a fan of; for instance, during firefights, the "take cover" feature is similar to something from Rainbow Six: Vegass, which is pretty sweet.

Because there's no multiplayer, the title might be a downer for some. The original Deus Ex featured multiplayer, but fans weren't too keen on it. Then again, who needs multiplayer when your single-player campaign is as endless as the second release? Definitely worth your time. Word.