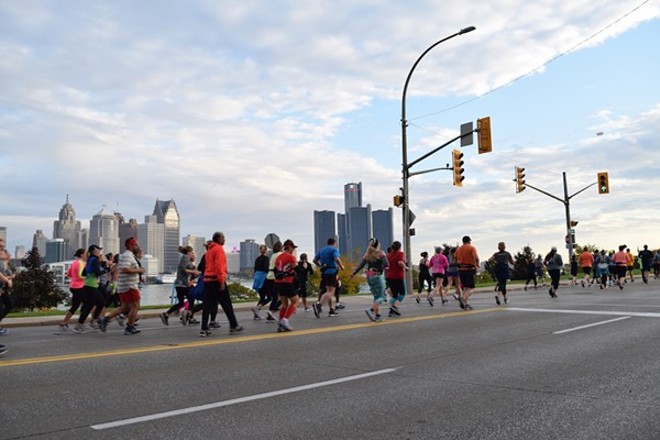 When U.S. sprint runner and rising star Sha’Carri Richardson was banned from participating in the Tokyo Olympics after a drug test revealed she had THC in her system, which she used during a moment of emotional despair, it appeared as if everyone had something to say.

If you’re like us, the news left you scratching your head wondering how the hell could marijuana be considered a performance-enhancing drug, as many of the prohibited Olympic substances are considered? Like, have you ever done any physical activity while under the influence of sweet, sweet cheeba?

Well, Diop Shumake, a 26-year-old runner, cannabis advocate, and founder of Runner’s High, supports the idea that athletics and cannabis/CBD use, or as we like to call it, “canna-letics,” can be beneficial for athletes and is fighting to eliminate the stigma surrounding weed and sports. Founded in 2017, Runner’s High is an education-based organization that raises funds to further the University of Michigan’s cannabis research. To raise awareness and funds, Runner’s High will host their inaugural 5k run/walk on Belle Isle. You don’t have to be a smoker, toker, or even a runner to participate, as Shumake says the race can serve as an intro into both or as a form of protest for those who find themselves enraged by Richardson’s situation and/or the general injustice surrounding cannabis laws.