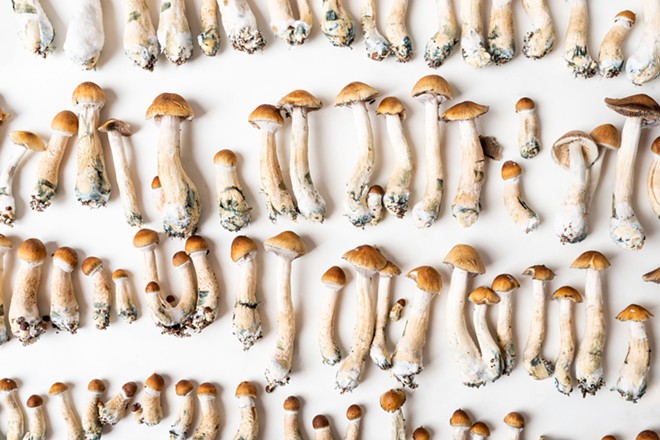 Ayana Iyi believes that natural psychedelics like psilocybin and ayahuasca can bring people all over the world together to live harmoniously.

Iyi is an organizer and founder of the Detroit Psychedelic Conference, which will take place Aug. 19-21 at Marygrove College. The weekend is packed with national and international speakers on how entheogenic plants treat anxiety, PTSD, and a variety of other conditions.

This year’s theme is “The Marvel, Magick, and Mysteries of Mushrooms,” which Iyi calls “an ancient healing technology.”

“When I speak of ancient healing technologies, that is exactly what [psilocybin mushrooms] are,” she says. “They’ve been on the planet for thousands and thousands of years. Your mushroom spores are 460 million years older than any other plant or fungi. They’re making a huge psychedelic renaissance right now because we need the help. We are in trouble. A lot of people are suffering from anxiety and depression and PTSD, and just life seems to be harder to live as opposed to dying.” 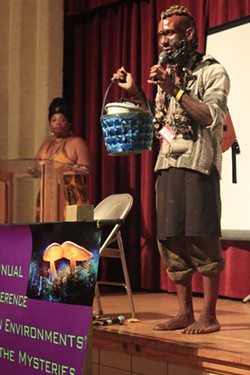 Courtesy of Ayana Iyi
The Detroit Psychedelic Conference will take place from August 19-21.
Entheogenic plants and fungi were decriminalized in Ann Arbor in 2020 and in Detroit in 2021, with other cities like Hazel Park following suit. Iyi and her late husband Kilindi had been hosting the Detroit Psychedelic Conference since 2014, and since then, they both have traveled around the world educating people on the healing and expansive properties of psychedelics.

“Keep in mind that psychedelics at that time were a Schedule 1 drug,” she points out. “So [Kilindi] was very brave and bold to bring this out into the open and he stood his ground in terms of what this could do for our people and for all those connected to psychedelics. The word ‘hallucinate’ had a very demonic definition back in the day. If you were hallucinating, you were a hippie. You were on drugs. You were an addict. But the word ‘hallucinate’ simply means to wander through your own mind. We wanted to be able to bring this conference here so the community could access this work.”

Iyi continues to lead the conference, though her husband passed away in 2020.

The conference will include a panel of organizers with Decriminalize Nature Michigan, who have been pushing to legalize psychedelics across the state, an issue they hope to get on the 2024 ballot.

The decriminalization of substances like psilocybin, mescaline, DMT, and ayahuasca is helpful, Iyi says, but comes with some downsides. As these substances become more trendy, it opens the doors for pharmaceutical companies to turn a profit off something that was originally meant to be sacred.

“We have to look at this fine line with big pharma jumping on the bandwagon because they can take psilocybin, which they’re doing now, and make it synthetic. It’s no longer organic,” she says. “That means they can charge money through insurance companies and take all the sacredness of it away from us. So yes, decriminalizing made it safer for people like me to have these conferences, to talk about it, and to maybe have some trips here in my home, but I don’t want this to turn into a fad.” 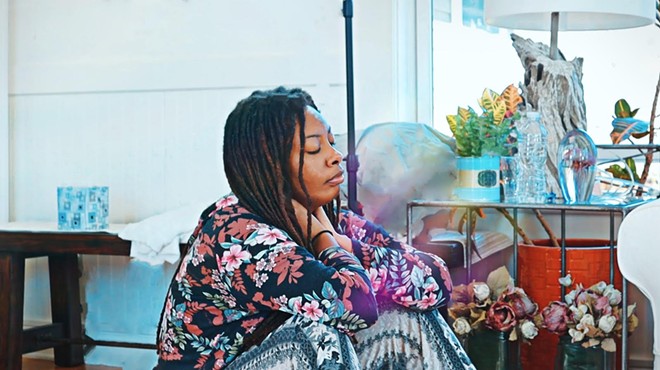 How a psilocybin mushroom retreat helped me find the divine and my true self: Strange magic


Iyi says she and her late husband were “spiritual gangstas” when they started taking psychedelics in the early 2000s, but after realizing its healing potential, they started the conference to “expand the consciousness of the entire planet.”

“We realized that things were beginning to happen for people that science wasn’t doing,” she says. “People started paying attention to how they were feeling, as opposed to going to their preacher and saying three Hail Marys or getting Paxil and Zoloft from their psychologist... They say that we use 10% of our brain and the other 90 is dormant. Well if that is so, the mushrooms open up that door and you get to walk through and explore that other 90 percent.”

The 2022 Detroit Psychedelic Conference is from Friday, Aug. 19-Sunday, Aug. 21 at Marygrove College; 8425 W McNichols Rd, Detroit; thedetroitpsychedelicsociety.com. Earlybird tickets (until Aug. 10) are $150 for the weekend and $250 after.