Of the 14 Starbucks stores that voted to unionize in Michigan so far, only two voted against it 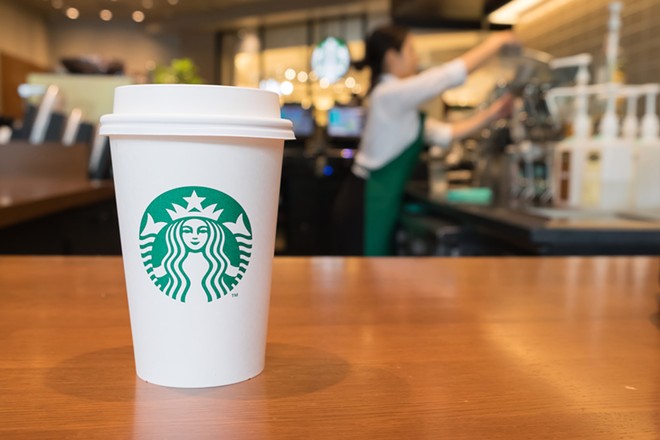 Shutterstock
A dozen Starbucks stores in Michigan have voted to unionize.

Baristas at the 6420 Telegraph Rd. store voted 7-2 in favor of unionizing, joining the growing labor movement sweeping across the country.

“We are so proud of our partners for working hard to make this historic moment happen,” the Bloomfield Township workers said in a statement. “We are looking forward to taking the necessary steps to make our store a better and more democratic workplace. This process hasn’t been easy, but we are excited for the future of Maple and Telegraph as a unionized Starbucks!”

Since December, at least 247 Starbucks stores in 35 states have voted to unionize, according to A More Perfect Union, a nonprofit that tracks labor unions. Only 54 stores have lost an election to unionize.

Baristas are asking for better wages, benefits, and working conditions.

Michigan joined the movement in May, when Starbucks workers at 2480 Burton St. in Grand Rapids voted in favor of forming a union, 15-3.

On June 7, four Starbucks stores in Ann Arbor voted to unionize. One Ann Arbor store voted against it.

On June 17, a Starbucks store in Ypsilanti voted to unionize.

Workers voted to join a union at a Starbucks in Mount Pleasant on Sept. 12.

The labor movement has grown beyond Starbucks. In Detroit, employees at Great Lakes Coffee Roasting Co. went on strike in February as part of a move to unionize. In August, the workers withdrew from an election to form a union because the company has been closing its stores.